#Religion: Let’s Talk About the Relationship

#Religion: Let’s Talk About the Relationship May 19, 2016 David Breeden

Recently I saw a bumper sticker: “It’s not a religion / It’s a relationship.” The bumper sticker was in black and white with a little cross on the left side.

My first thought: “good marketing!” That phrase surely comes as the result of contemporary research showing that younger people, millennials, are looking for just that: not a religion but a relationship. That’s the essence of the “spiritual but not religious mantra.”

Don’t get me wrong—I’m not claiming that the church issuing the bumper sticker is lying or being hypocritical. I’m sure they mean it. After all, who hasn’t been accosted with the question, “Do you have a personal relationship with Jesus?”

Some theologians argue that this personal relationship with the divine is the ultimate end of US Christianity—the trajectory has been away from congregational, covenantal, relationship and toward the personal since Europeans first invaded the North American forests. 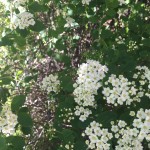 But is it all about relationship? As a matter of fact, I do think religion—Christianity and otherwise—is about relationship. Always has been. If I’m guessing correctly, I believe that religions and philosophies flow from two simple questions:

Now, I know: many if not most people in history—and today—have no choice about their religion. Society demands a particular one, like it or not. It’s that case, it’s probably best not to think too much about it.

Many in the Western world do have a choice, however. And when we do, those two questions are in the back of our minds—why isn’t reality as I wish it to be? What can I do about it?

The answer for the person with the bumper sticker is: 1. Sin. 2. Jesus. I’m sure the driver of that car had heard that “man” sinned, breaking the relationship with god, and that Jesus died for those sins, making the problem OK again. Relationship broken; relationship restored by a personal Jesus.

Yes—I do think it’s all about the relationship. But do a search on that bumper sticker and you’ll find other Christians arguing against it. Their objection? Making it personal is only half the process. We also must develop a relationship with other human beings, living things, and the planet.

Shazam—that’s why I had the reaction I did to reading the bumper sticker—good marketing but potentially dangerous religion. Because good religion has as one of its central points that this whole thing is not about you. It’s about us.

Isn’t Daoism about relationship as well? 1. Why isn’t reality as I wish it to be? Because humanity is out of relationship with the Dao, the fundamental property of the universe. 2. What can I do about it? Study the Dao and get with it. Sure, Daoists start with working on themselves, but that leads to working on a proper relationship with all of reality. I suspect that Daoists won’t be placing “It’s not a religion / It’s a relationship” bumper stickers on their automobiles.

And unbelievers . . . well, we face the same reality. The only difference is that we insist on a naturalistic solution.

Contrary to the sentiment of the bumper sticker, religion is relationship. And so is practical philosophy. It’s all about reconciling the self to all that is. It’s about figuring out why reality is not as I wish it to be and doing something about it . . . to make this world a better place.

May 26, 2016 Oh, Peugeot of Many Names: on authentically using the term "god"
Recent Comments
0 | Leave a Comment
"Dear Author,As I read your words I am both "boosted", yet simultaneously frustrated for the ..."
Scot Reichman The Spiritual Practice of Agnosticism
"In other words it should be'celebrated' in the way we 'celevrate" Remembrance Day (11th hour ..."
Ivlia Blackburn The Meaning of Memorial Day
"Talk about that moral arc of the universe that bends toward justice is metaphysical talk—theology—not ..."
NoDifference #Charlottesville and Getting Real
"My tradition is Advaita Vedanta. Yoga is actually union with God. Advaita recognizes no duality ..."
Arthur Shimkus To Whom It May Concern: the ..."
Browse Our Archives
get the latest from
New Visions
Sign up for our newsletter
POPULAR AT PATHEOS New Visions
1

5 Ways to Hear What God...
Wake Up Call
Related posts from UU Collective

Swayed In All Directions
I doze in the hammock, and this book of voices from long...
view all New Visions blogs
What Are Your Thoughts?leave a comment
Copyright 2008-2020, Patheos. All rights reserved.