They Ain’t Heavy: UU Pluralism and Its Discontents

One of the most serious issues for a tradition such as Unitarian Universalism that has embraced pluralism as a central doctrine is how to navigate the fraught waters of pluralism itself. Furthermore, when a collection of congregations with very different traditions join together—as is the case for General Assemblies—the chance of odd and jolting disjunctions becomes inevitable.

It’s all well and good to say that UUs have freedom of the pulpit and freedom of the pew, but in that vaunted freedom lies the responsibility to treat each other as dignified and worthy human beings, each of whom may have—in freely and responsibly searching for truth and meaning—found truths other than the one or two that predominate in a particular congregation or in a particular minister’s head.

However, by maintaining the UU Principles, congregations are agreeing to remain pluralistic, which means—at least to me—that each congregation remains welcoming to any and all religious and philosophical positions. This becomes especially important when those divergent congregations assemble into one body, as at General Assembly.

An individual UU congregation may insist on complete (and actual) pluralism, using a spectrum of world religions in each service. In this case, Vishnu and Christ can be expected to pop up in equal measure. (Though this is rarely done.)

Some Humanist congregations insist on a complete absence of religious language in Sunday morning assemblies. This practice could be said to privilege Humanism, but it also makes assemblies inclusive of all religious traditions, focusing on important issues of the day, and suggesting how to live lives of meaning and value in integrity.

Rather than a truly pluralistic experience, particular congregations generally privilege a particular religious tradition. The default in that case is more often than not Protestantism. This individual proclivity adds up and becomes the norm at gatherings such as General Assemblies, which more often than not are dull and painful for those not inclined toward Protestantism.

In using Christian Protestant modes of “worship,” the pluralism disappears. “God” appears, confusing pagans, humanists, and others. Prayer occurs of a sort that excludes Hindus, Muslims, Daoists, and others. Many of us experience the weight of Christian hegemony that we became UUs to avoid.

Then there are the “hymns” from that outdated gray songbook. The lyrics are full of a particular sort of god. A god many if not most UUs do not accept. Furthermore, as became apparent at the 2016 General Assembly, the lyrics are full of ableist language from a time when metaphors such as blindness and deafness not only had to do with willfully refusing the truth of a victorious Christianity, but also carried the stigma that said “god” rewarded those who obeyed “him” with good health and good fortune.

Sure, all of this can be interpreted negatively. I’d rather look at the angst caused by the recent General Assembly as a call to change for the better. After all, it isn’t surprising that a tradition based on progressive values should outstrip its liturgy and hymnody, is it? Let’s look at that fact as a positive. And positively recreate the ways we join together in community. 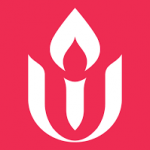 June 30, 2016
Beyond the Congeries of Banks: Finding a Moral Center
Next Post

A little known fact about farting...
Spirituality Itself
Related posts from UU Collective