Hand Me A Pickaxe, Please! I Need Hope!

I’ve been thinking lately about despair and hope, especially for people like me who live relatively comfortable and privileged lives. There is always reason for despair in the world, but lately the reasons feel as if they are parading before me with relentless, tedious, insistence. I have been holding in prayer a line from the poet Adrienne Rich, “It is obvious that the destruction of despair is still our most urgent task.” I have been considering how to accomplish this urgent task.

I’m not even going to share the laundry list I just wrote of horrific current events that trouble me; you already have your own. And, whatever small actions we take feel tiny when we see them through the eyes of what needs to be done. It is easy to look at what needs to be done and give up, abandon hope that the small acts we can take make any difference at all.

“With this faith, we will be able to hew out of the mountain of despair a stone of hope,” Martin Luther King Jr., said, in the closing paragraph of his “I Have A Dream” speech in 1963.

A stone of hope. From a mountain of despair. Perhaps if we who are privileged lowered our expectations about how our lives should be, stopped believing that everything should be easy and fine—a belief that has never been lived experience for any of us, no matter our privilege, but has been truer for some than others—perhaps if we knew that a stone of hope was enough to carry us through and getting through one more day was good enough—perhaps we would do more and wring our hands less. Perhaps the destruction of despair is just this action of hewing stones of hope.

Because I see, disproportionately, my privileged friends wringing their hands awaiting the day when the mountain of despair will become an equally large mountain of hope, and jettisoning any actions that accomplish less. Telling ourselves (because I do it too!) that we will take action when creating mountains of hope looks possible. Nothing else is worth doing. Recently, on facebook, I wrote, “Morning rain in a drought stricken land—what a blessing.” One respondent felt it necessary to tell me that the rain would not, in fact, be enough to overcome the drought. I read that response and felt immensely sad. To not feel the blessing of an inch of rain because you need nine? What kind of life can you lead with that outlook?

This week, many of us watched the PBS documentary, “Defying the Nazis: The Sharps’ War,” a story of a courageous couple who put their lives on the line to help save lives of children and adults in Nazi Europe. Speaking with Artemis Joukousky, director of the movie (with Ken Burns) and grandson of Martha and Waitstill Sharp, in an interview show, I was surprised to hear that he did not learn of his grandparents’ work till he was in high school. Asked why they didn’t talk to him about it he responded, “I think when they thought about it they remembered all the people they couldn’t save and felt very sad.” We who watch the story of their lives are awed by their courage. They who lived their lives knew the smallness of what they could accomplish, even with every bit of life they could offer.

I was speaking recently with a young activist from Minneapolis who also took signifcant physical risks, being beaten and jailed by police in the wake of the police murder of Jamar Clark, yet one more unarmed Black man. “Nothing we did mattered,” this activist said to me after there was yet one more non-indictment of Clark’s killers. And yet, I could assure that activist without hesitation, it did. It mattered tremendously. We can’t always see a straight line leading from one event to another, but it is absolutely impossible that the collective courage and resistance that rose up in Minneapolis after Clark’s murder didn’t matter. No, those killer cops were not indicted. But many other course of action began, including many young activists’ understanding of collective power. (Which is not to deny the trauma or pain that such courageous risk involves, the relationships that it breaks. It is not surprising that the Sharps were divorced after their work in Europe, or that activists use drugs and otherwise try to numb out PTSD.)

So, how do we accomplish that most urgent task, the destruction of despair? We scrutinize those mountains, looking for the stones we might, with hard work and persistence, hew out of them. And then—and here’s the key point—we do the hard work. We get our pickaxe and start hewing.  Wherever we are–I serve the Church of the Larger Fellowship but you are doubtless someplace, too, where you hold 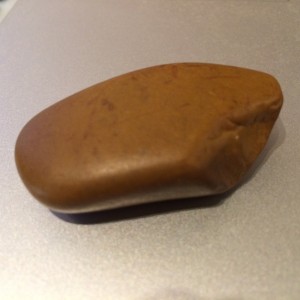 influence–we do what we can.

We’re never going to know what we would have done in Nazi Germany, whether we would have turned our heads aside from atrocities and read a good novel or, like the Sharps, we would have declared war on the Nazis and fought with everything we had. But we do know what we are doing today, what choices we are making as we contemplate that mountain of despair before us.

Hand me a pickaxe, please.

September 27, 2016 How Can You Say You Love Me?
Recent Comments
0 | Leave a Comment
"Dear Author,As I read your words I am both "boosted", yet simultaneously frustrated for the ..."
Scot Reichman The Spiritual Practice of Agnosticism
"In other words it should be'celebrated' in the way we 'celevrate" Remembrance Day (11th hour ..."
Ivlia Blackburn The Meaning of Memorial Day
"Talk about that moral arc of the universe that bends toward justice is metaphysical talk—theology—not ..."
NoDifference #Charlottesville and Getting Real
"My tradition is Advaita Vedanta. Yoga is actually union with God. Advaita recognizes no duality ..."
Arthur Shimkus To Whom It May Concern: the ..."
Browse Our Archives
get the latest from
New Visions
Sign up for our newsletter
POPULAR AT PATHEOS New Visions
1