The story goes that Shiva—one of the chief manifestations of divinity in Hinduism—and his wife Parvati had two sons: One was Ganesha, perhaps the most recognizable  of the Hindu gods because he has the head of an elephant. Ganesha is the remover of obstacles and the god of creativity in the arts and sciences. His brother, Kartikeya, is the god of war—he’s recognizable because he always rides a huge peacock.

The parents—as parents usually do—loved both of their children equally.

It so happened that one day Shiva and Parvati came into possession of a divine piece of fruit, and its special property was that whoever should eat it would have absolute and supreme knowledge.

Now, when Ganesha and Kartikeya heard about this piece of fruit, both of them wanted it. And they took to arguing about who should have it.

Lord Shiva tired of this wrangling pretty quickly and decided on a contest: whichever of his boys could circle the whole world three times the fastest would get the fruit.

Well, Kartikeya didn’t need time to think—he immediately hopped on his huge peacock, and off he flew.

Now Ganesha knew that there was no point in him trying to best his brother in speed. Elephant-headed gods are not exactly light on their feet. Besides, instead of riding a mighty peacock, like his brother, Ganesha always rode around on a mouse—not the sort of ride to get you around the earth three times quickly.

Whoosh! went Kartikeya and his peacock the first time around the earth.

What was Ganesha to do? Well, he went to his bedroom and washed up and put on his best clothes.

About this time Whoosh! goes Kartikeya and his peacock on their second time around the earth.

Whoosh! Kartikeya and his peacock come in for their landing. “I’ve done it!” Kartikeya yelled.

“But I was first!” said Ganesha.

Ganesha’s mother Parvati said, “What makes you think you were first? All you did was run around the living room three times!”

“Because,” said Ganesha, “THIS is my world.”

Parvati and Shiva saw the sense in Ganesha’s argument, and handed him the fruit of supreme knowledge.

At first it may appear that Ganesha was merely buttering his parents up. On a deeper level, however, the story points out that there are two worlds. There is the measurable, common-property world that Kartikeya and his peacock flew around three times. It’s the shared reality that can be measured. The one that tells us that the earth is 24,901 miles around.

The other world is subjective. It’s the world that each of us lives in, but it’s different—unique and circumscribed—for every person.

The god who wages war and the god who removes obstacles are not likely to have similar world views. War is big; and in war, power is key. Removing obstacles, however, isn’t always about power or strength. It may be as simple—and as difficult—as changing the story.

God is dead. God remains dead. And we have killed him. How shall we comfort ourselves, the murderers of all murderers?

Nietzsche was not declaring a victory of reason over superstition.

Rather, Nietzsche was underlining that fact that killing god has consequences. Some of the ways humanity has dealt with the death of god—the shrillness of evangelicalism and fundamentalism, for example—further blinkers the human mind and enslaves the human spirit. Fundamentalism and evangelicalism live and breathe in Kartikeya’s world.

How these reactions have played out over time underline the fact that the death of monotheism’s god is neither immediately nor inevitably freeing, though, if we join Genesha in his trip around his world, that death might remove some obstacles, if one assumes that the nature of god is the nature of story.

Nietzsche is still there to ask: which world did god die in? Was it in Kartikeya’s world or in Genesha’s? And what about Paul Tillich’s “God above the God of theism?”

What sort of story is that?

The truth is in the consequences . . . 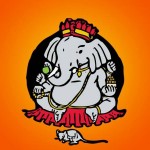 September 22, 2016 Hand Me A Pickaxe, Please! I Need Hope!
Recent Comments
0 | Leave a Comment
Browse Our Archives
get the latest from
New Visions
Sign up for our newsletter
Related posts from UU Collective