Humanism: Without God, Not Anti-God

The September 2016 Atlantic features an article about new Humanist communities titled “A Less Lonely Way to Lose Your Faith.” The article describes the burgeoning crop of secular communities as if they were a new phenomenon. This is particularly ironic since this autumn First Unitarian Society of Minneapolis is celebrating one hundred years as a Humanist congregation.

It was the autumn of 1916 when the people of FUS called John Dietrich to be their minister. Dietrich had been tried for heresy and defrocked in the Reformed Church tradition, had joined the Unitarians where he continued to jettison his faith, and had began calling himself a Humanist. What was a Humanist? Dietrich developed his definition as he preached. But he was clear early-on about one thing—Humanism is a religion without god. Not anti-god, without god.

First Unitarian Society has remained Humanist ever since. As the Senior Minister of an explicitly Humanist congregation, I see FUS as the loyal opposition to mainstream—orthodox—Unitarian Universalism, which has become old-hat as far as the new secularists are concerned. Continuing the tradition of the Unitarian Humanist“religion without god,” FUS is the laboratory and cutting edge for an alternative way of doing pluralism.

We Humanists put all religions in the basket of human stories, things created by human artifice. Human artifice is in no way “bad.” Symphonies, statues, novels and poems, philosophies, religions—they are all ways humanity has faced the darkness and uncertainty of existence. They are all “humanities.”

Rather than worshiping a “god of many names,” Humanists a hundred years later still assemble freely in a religion without gods. To be clear: We are not anti-god. We are without god. Many members of the congregation are theists or searchers or think “there’s something out there.” But we don’t use the god concept as in any way a solution to the darkness and uncertainty of human existence. Humanity is going it alone.

“Religion without God” can be difficult to grasp. Ideally, a devout Episcopalian attending a Humanist assembly will not be offended by any of our subject matter, because we will have met in assembly without reference to that Episcopalian’s god. We will have talked about human problems and how we can fix them.

And now that “White Christianity” is a minority religion in America, a cutting-edge UU congregation must be multi-faith, not merely ecumenical. Meaning that what is true for the Episcopalian should also be true for Muslims, Hindus, and Jains—no offense because no god talk.

Humanism is about boiling human religions down to their essences. We believe that the essences are community, sharing, and collective action.

It perhaps at first appears silly to say “songbook” rather than “hymnal.” And on one level it is. Still, we must remember that Christianity is the water many of us have swam in all our lives. This is not the case for a growing number of Americans. For these, certain trigger words will not induce awe and wonder or even a sense of “being in church.” We must encourage awe and wonder for diverse people without the props of particular words.

So, what will pluralistic religious gatherings look like in the future? This is what a cutting edge congregation must be looking at. And FUS is offering a model for this future based on our century-old practice of a religion without god.

After his retirement, John Dietrich looked back on his long career as a Unitarian Humanist and said,

Where we stood fifty years ago many Christian churches stand today, but we stand or should stand fifty years beyond.

I believe Unitarianism needs a great thought in order to survive, and to my mind this thought is that the perfect order of things, which Omnipotence was to produce for us, we ourselves must create.

I think the poet Emily Dickinson best described the goals of a Humanist Assembly:

Rub away the Brand—

Death isn’t required. Humanism’s “large democratic fingers” can rub away the religious brands and get down to the essence of religion: we human beings, ourselves, must do the serious business of saving ourselves, other human lives, the lives of other living things, and our planet. 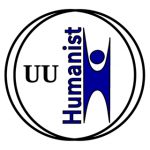 September 20, 2016 Trauma Stewardship?
Recent Comments
0 | Leave a Comment
"Dear Author,As I read your words I am both "boosted", yet simultaneously frustrated for the ..."
Scot Reichman The Spiritual Practice of Agnosticism
"In other words it should be'celebrated' in the way we 'celevrate" Remembrance Day (11th hour ..."
Ivlia Blackburn The Meaning of Memorial Day
"Talk about that moral arc of the universe that bends toward justice is metaphysical talk—theology—not ..."
NoDifference #Charlottesville and Getting Real
"My tradition is Advaita Vedanta. Yoga is actually union with God. Advaita recognizes no duality ..."
Arthur Shimkus To Whom It May Concern: the ..."
Browse Our Archives
get the latest from
New Visions
Sign up for our newsletter
POPULAR AT PATHEOS New Visions
1