As the People Fell into a Well

As the People Fell into a Well December 1, 2016 David Breeden

You are out for a walk in the country. Suddenly you see a child who is standing on some rotten planks covering an abandoned well.

What will you do?

Some people don’t think about it: they run to save the child. (We call these people “heroes.”)

Some people freak out and go to pieces.

Some people stop and consider the situation: if they run toward the child, perhaps the child will be startled and fall into the well . . . What to do? What are the options?

Mengzi didn’t judge between these three reactions. He merely pointed out that people react to such a situation in different ways. BUT, Mengzi said, there’s one constant: nearly everyone FEELS compassion for the child. The situation causes us pain. Nearly everyone wants to help the child to avoid falling into the well. (Mengzi didn’t know about our contemporary ideas concerning sociopaths, but he did understand natural and unnatural reactions.)

Mengzi asked why this sudden rush of compassion for a child in danger is common among most people. It’s natural. We don’t learn the reaction. So, where does it come from?

For Mengzi, this natural and automatic compassionate reaction demonstrates the basis of human ethics. 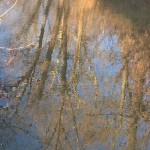 Mengzi didn’t believe in any gods. He was skeptical that religions or laws do much good in keeping people honest and compassionate. Mengzi did not know abut evolution. But he insisted that human beings naturally know what is right and wrong and that generally speaking we try to do the right and compassionate thing.

Mengzi was a humanist.

It is a fallacy to say that a nation can react as an individual does. Still, it is clear that the citizens of the United States are suffering at the moment, and I suspect that the reason has something to do with Mengzi’s anecdote. Just about every American has looked up in the past few years and said, “Something’s not right; something has changed for the worse.” Increasing poverty; crumbling infrastructure; continuing oppression; constant wars . . . this isn’t right.

It’s as if our nation had been walking down the road one day and saw a kid about to fall into a well. Some of us ran to do something; some of us stood by and freaked out; some of us tried to figure out how to help. But collectively, as a nation, we turned away. “Not my problem.”

Aside from the sociopaths, we have all felt that this is an unnatural reaction, and people of all religious and political stripes—Tea Party to Socialist Workers Party, Roman Catholic to Southern Baptist—feel the distress of having turned away rather than doing something, anything.

ROLLING UP OUR SLEEVES

Let’s be honest: the United States has never gelled; never lived up to its collective aspirations. Perhaps a nation as large and varied as the US cannot achieve positive and sustained collective action. As I said earlier, a nation and an individual are not the same thing. Yet in order to live in authenticity and integrity, each of us must recognize the natural reactions that Mengzi pointed out. Each of us must embrace one of Mengzi’s reactions and work to turn that into collective and positive action.

Fr. Rohr’s concept of junk religion is revealing in this context: if your religion or your politics is not showing you how to transform your pain, they’re junk.

Go ahead—rush in; freak out; or make some plans.

November 24, 2016
At #Thanksgiving, A Wish for Freedoms
Next Post

December 4, 2016 Protectors
Recent Comments
0 | Leave a Comment
Browse Our Archives
get the latest from
New Visions
Sign up for our newsletter
POPULAR AT PATHEOS New Visions
1