OK, friends. I’ve been listening. Like all of us, I want to know where we go now. I want the path forward, and a way out of feeling terrified and depressed and hopeless. I don’t know if we are on our 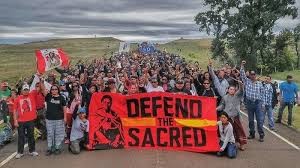 way to a fascist state, and neither do you, but like you I am determined that we can and must do better.

I want to know what to do, and so I’ve been listening. I have heard that we need to protest and rage. I have heard that we need to heal and unite and understand the perspective of those who disagree with us. I have heard that the threat of violence is the only thing that leads to change. I have heard that the left lost when the primary didn’t go to Bernie Sanders, and the mess we’re in is the fault of the neo-liberals who keep sliding right. I have heard that it is the fault of the folks who voted for Stein, wasting votes that should have gone to Clinton on a hopeless cause. I have heard you complain about Pantsuit Nation as a bunch of self-congratulatory white folks, and heard you complain that the left will never succeed because it insists on blaming white men for their complicity in racism and sexism, thereby alienating them from the cause of their economic self-interest. And although these perspectives are contradictory, I don’t really think any of them is wrong. Or particularly helpful.

And goodness knows I am not an expert on any of it. It’s not as if I have some special expertise that qualifies me to tell you how to fix this whole mess we’re in. But you know what I’m an expert on? Training dogs. As it happens, I know a whole lot about training dogs. Which maybe sounds more helpful if I tell you that I know a whole lot about learning theory and behavior change. And there are a lot of things about learning theory that might apply here, but I want to focus on just one.

It is entirely appropriate and necessary to be upset when you see things happening in your country that threaten life, liberty and the pursuit of happiness. But upset is not the world’s best long-term strategy, especially if you spend your effort on being upset with the people who largely agree with you. Rage and protest have their place, but over time they tend to become exhausting. What if, instead, you chose to focus on the world that you want to see, and kept taking steps in that direction? What if you focused on building what you wanted instead of fighting what you didn’t want?

I want to live in a world in which people are treated with respect and compassion.

I want to live on a planet that is vital and healthy, diverse and sustainable.

I want to live in a country which gives people access to opportunity—to learn, to grow, to work, to choose.

I want to live in a society that values science and knows how to verify facts—and that values emotions and the ability to identify and articulate how we feel.

The list could go on and on—and I’d love to see your additions in the comments. There is no end to what we hope to see. And there is no end to the steps we could take to move in the direction of those hopes.

I think of the Water Protectors at Standing Rock, who from the very beginning said that they were not protesters. They weren’t there to object, to rage, to rail. They were there, are there, to protect the water on which life depends. There were there, are there, to stand with dignity and courage to preserve what needs preserving. They are in it for the long haul. We all are in it for the long haul, so I suggest we go about naming what we love, and step forward to preserve and cherish and nurture it.

December 1, 2016
As the People Fell into a Well
Next Post

December 6, 2016 Risking together
Recent Comments
0 | Leave a Comment
Browse Our Archives
get the latest from
New Visions
Sign up for our newsletter
POPULAR AT PATHEOS New Visions
1