A Toolkit for Resisting Totalitarianism

For my money the philosopher Hannah Arendt offers the most profound analysis of the causes of totalitarianism. During and after the Second World War, Arendt spent a lot of time researching and thinking about totalitarianism and wrote such classics as The Origins of Totalitarianism and Eichmann in Jerusalem: A Report on the Banality of Evil. Arendt’s conclusions were controversial at the time because she argued that “evil” isn’t an isolated anomaly of the human condition, but a function of human social systems. As a matter of fact, Arendt thought, societies, not individuals, create evil.

The term “motivated reasoning” wasn’t around when Arendt wrote those words. But she fairly well sums up the idea: “the self-compulsion of ideological thinking ruins all relationship with reality.” Arendt isn’t talking about just the political right wing here. All of us are susceptible. Individuals don’t think in the broad brush strokes of ideologies—groups of isolated people do. She goes on:

The preparation has succeeded when men have lost contact with their fellow men as well as the reality around them; for together with these contacts, men lose the capacity of both experience and thought.

Totalitarianism is born—paradoxically—from a combination of lost community and group-think. Losing the ability to act in accord with one’s own experience goes beyond what has come to be called alienation. In late-capitalist societies, the preexisting competitiveness, isolation, and loneliness that is so prevalent in our “bowling alone” society makes acting in in community and acting in accord with personal experience rather than in accord with collective angst very difficult. In an anti-intellectual society such as the United States, the prevalent dismissal of individual thought has likewise paved the way for group-think. Isolation, angst, and group-think are a potent brew.

Arendt’s greatest insight is that evil is “banal.” We don’t see it coming in a dark cloud of dust like the horsemen of the Apocalypse. Rather, evil seeps into societies as motivated reasoning and a mistrust of personal experience (ie, “Hey, my grandparents were immigrants!”) combines with an inability to gather into community and talk about issues. Without recourse to community—alone in an inane and isolated redundancy of false rage—evil is born into a society.

Arendt’s formula for avoiding the call of totalitarianism is clear: find community, trust your personal experience; question everything, even your own deepest commitments. 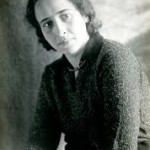 March 2, 2017 Meaning, Purpose, and Individualism: Thinking Our Way Out of Self-Reliance
Recent Comments
0 | Leave a Comment
"Dear Author,As I read your words I am both "boosted", yet simultaneously frustrated for the ..."
Scot Reichman The Spiritual Practice of Agnosticism
"In other words it should be'celebrated' in the way we 'celevrate" Remembrance Day (11th hour ..."
Ivlia Blackburn The Meaning of Memorial Day
"Talk about that moral arc of the universe that bends toward justice is metaphysical talk—theology—not ..."
NoDifference #Charlottesville and Getting Real
"My tradition is Advaita Vedanta. Yoga is actually union with God. Advaita recognizes no duality ..."
Arthur Shimkus To Whom It May Concern: the ..."
Browse Our Archives
get the latest from
New Visions
Sign up for our newsletter
POPULAR AT PATHEOS New Visions
1

Are You Mastering the 7 Core...
Wake Up Call
Related posts from UU Collective