Meaning, Purpose, and Individualism: Thinking Our Way Out of Self-Reliance

Meaning, Purpose, and Individualism: Thinking Our Way Out of Self-Reliance  March 2, 2017 David Breeden

Communal good has not been considered in our predominant Western value systems. For example, in his 1841 essay “Self-Reliance,” the Transcendentalist philosopher Ralph Waldo Emerson wrote,

The title of Emerson’s essay, “Self-Reliance,” is a good tipoff that Emerson’s point is going to focus on individual, not communal, well-being. To be fair, Emerson thought that social well-being grows from personal self-reliance. But was Emerson right about that? Earlier in the essay, Emerson wrote,

Ask nothing of men, and in the endless mutation, thou only firm column must presently appear the upholder of all that surrounds thee. He who knows that power is inborn, that he is weak because he has looked for good out of him and elsewhere, and so perceiving, throws himself unhesitatingly on his thought, instantly rights himself, stands in the erect position, commands his limbs, works miracles; just as a man who stands on his feet is stronger than a man who stands on his head.

Emerson reveals the underpinnings of his thought here. By a radical form of self-reliance, the individual becomes a miracle worker, like Jesus. Or at the least a saint. Emerson’s Transcendentalism is a project oriented toward achieving the same aims as nineteenth century American Christianity: individual piety and strength. This individual piety was assumed by both Christians and Transcendentalists to add up to social good, but how? Christianity had become the water that Western thinkers swam in.

A look at the results of two centuries of individualism in the United States reveals a nation that is violent and divided; a nation of despair and quick fixes. A nation of fake news, otherwise known as lies. The results of individualism don’t look good. The contradictory and conflicting claims of the right and left wings of Christianity reveal only how we got into the problem in the first place. The claims of Transcendentalism don’t appear to have produced positive results either. It is doing the same thing in a different set of clothes.

We humans get easily confused about meaning and purpose. And we will accept easy answers to the questions posed by considerations of meaning and purpose. It’s time we look at communal rather than individualistic answers to those questions. The answers are there. As with any problem, the solution does not lie in rehashing how we made the mistake but in look at the problem in a new way. 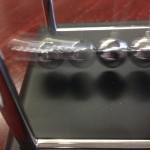 March 7, 2017 RESIST and REJOICE!
Recent Comments
0 | Leave a Comment
"Dear Author,As I read your words I am both "boosted", yet simultaneously frustrated for the ..."
Scot Reichman The Spiritual Practice of Agnosticism
"In other words it should be'celebrated' in the way we 'celevrate" Remembrance Day (11th hour ..."
Ivlia Blackburn The Meaning of Memorial Day
"Talk about that moral arc of the universe that bends toward justice is metaphysical talk—theology—not ..."
NoDifference #Charlottesville and Getting Real
"My tradition is Advaita Vedanta. Yoga is actually union with God. Advaita recognizes no duality ..."
Arthur Shimkus To Whom It May Concern: the ..."
Browse Our Archives
get the latest from
New Visions
Sign up for our newsletter
POPULAR AT PATHEOS New Visions
1