An acquaintance (who is white) once related one of the nightmares of his life. He had been a high school student at Central High in Little Rock, Arkansas in 1957 when the school was desegregated by court order. One morning, the students were summoned to the school gym. To drown out the speaker, students broke out singing “we’re dreaming of a white Central” to the tune of “White Christmas.”

Where was that song coming from? How did so many of the students know it?

“Dream.” It can mean those images and sensations we experience in sleep; it can mean the act of contemplating the possibility of something. It can mean wishful thinking. It can be a “pipe dream,” the origin of the phrase being the opium pipe.

We are imprecise in the way we use the word “dream.” A dream can be a good thing, as in “I dream of a better tomorrow,” or it can be a bad thing: “You’re just dreaming.” The Stoic philosopher Marcus Aurelius called all of life “a dream, a fearful dream.”

Religions dream of the end of the world: the author of the Book of Revelation dreamed of Four Horsemen riding out to spread apocalypse in the form of pestilence, war, famine, and death. This is a nightmare some believe must be brought to pass in order to trigger the Second Coming.

Recently, the US has again broken out into a song of whiteness. Unlike the song at Little Rock’s Central High School, the lyrics today have some shade on their act. They are about making the US safe and prosperous “again.”

The poet Garcia Lorca, in his poem City That Does Not Sleep, wrote:

But forgetfulness does not exist, dreams do not exist;

in a thicket of new veins,

and whoever his pain pains will feel that pain forever

and whoever is afraid of death will carry it on his shoulders.

Lorca was murdered by Spanish Fascists. His words remain to remind us: Life is not a dream. Rather, “flesh exists.” And the ones our “pain pains will feel that pain forever.”

Waking up is the hard part. 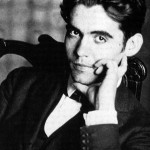 March 14, 2017
Shine on! Faithful living in a breakable world
Next Post

March 23, 2017 An Antidote to Racial Theatre
Recent Comments
0 | Leave a Comment
"Dear Author,As I read your words I am both "boosted", yet simultaneously frustrated for the ..."
Scot Reichman The Spiritual Practice of Agnosticism
"In other words it should be'celebrated' in the way we 'celevrate" Remembrance Day (11th hour ..."
Ivlia Blackburn The Meaning of Memorial Day
"Talk about that moral arc of the universe that bends toward justice is metaphysical talk—theology—not ..."
NoDifference #Charlottesville and Getting Real
"My tradition is Advaita Vedanta. Yoga is actually union with God. Advaita recognizes no duality ..."
Arthur Shimkus To Whom It May Concern: the ..."
Browse Our Archives
get the latest from
New Visions
Sign up for our newsletter
POPULAR AT PATHEOS New Visions
1