My friends and regular blog readers know that I had a Sicilian grandfather, and as he used to love to say, “ Even one percent Sicilian, makes you Sicilian, it takes over.” Every Sicilian knows that March 19th is the feast of St. Joseph. It is a time for elaborate celebrations, tables laid with flowers and food for all to share. My family’s tradition usually consisted of zeppole (sfinci) , which can either be cream filled or not. People also eat frittata, fish, stuffed artichokes, and other dishes.

In New Orleans Voodoo and Haitian Vodou the Catholic lithograph, feast day and attributes of St. Joseph are often associated with Legba. Again this is a time for celebration and thanks and occurs around the time of the equinox. Traditional Papa Legba offerings can be coffee, rum, cigars, and more.

New Orleans Culture also has it’s own St. Joseph’s day customs that have been going on since the influx of Sicilian immigrants in the 1800’s. There are parades, altars, and even lucky fava beans. Altars created are beautiful and complex, featuring flowers, candles, medals, and food, specifically bread. Julie Walker writes in the Times Picayune about the tradition of stealing a lemon from the altar to get a husband. There is another tradition associated with St. Joseph’s day in the Crescent City, and that is the Mardi Gras Indians. They traditionally “mask,” or come out in costume for the last appearance of the season on Super Sunday, the Sunday closest to St. Joseph’s Day. So enjoy your day, donate what you can, that is said to be key. This is a feast of beggars, it is said to have gained popularity when a great famine was ended by a bounty of fava beans from an unknown source. Happy St. Joseph’s Day !

Turn on broiler. Boil 1 quart of salted water in a saucepan. Add potatoes and onion. Cook just until potatoes are tender. Drain the potato and onion mixture. Heat olive oil over medium heat in an all metal, large frying pan. Add potatoes and onion mix,then add spinach, pat down with spatula, and flip when the potatoes start to brown. Meanwhile, whisk egg together with cream, or almond milk. Sprinkle olives over frying pan vegetables, and then pour over the egg mixture. When the eggs begin to set, place the frying pan under the broiler (this is why you need a metal frying pan,) til the top gets browned, about a minute. Add salt and pepper to taste and serve to hungry people, and be sure to save some for St. Joseph as well. Please check out my African-American Ritual Cookbook for more recipes. 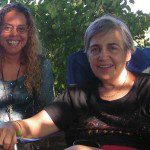 March 15, 2014
Otherness, Power and Privilege: Vampires Are Us
Next Post 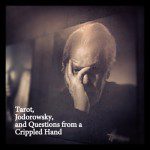 March 21, 2014 Tarot, Jodorowsky, and Questions from a Crippled Hand
Recent Comments
0 | Leave a Comment
"Elatche,The word "vodou" is from the Gbe family group of languages which includes Fongbe, or ..."
Nana Togonmesi Adedufir Voodoo Definitions: More Than Just A ..."
"Making Green onion kimchi for the first time."
OakFey Review: The Magick of Food by ..."
"Hello Lilith, I'm so glad you enjoyed the book. What am I cooking today? It's ..."
Gwion Review: The Magick of Food by ..."
"Magickal practice dictates that you should stir this counterclockwise to help banish unwanted energy from ..."
kyuss, cannabis farmer Magickal Hand Sanitizer Recipe: Because The ..."
Browse Our Archives
Follow Us! 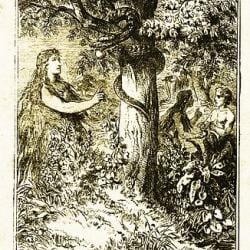