Vox Nova at the Library: The Kings and Their Gods

Vox Nova at the Library: The Kings and Their Gods May 27, 2008 Iafrate Michael 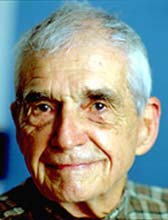 Although still active in the Plowshares Movement and protests against the U.S.-led war in Iraq, legendary American Jesuit peace activist and poet Daniel Berrigan places his body on the line with less regularity these days. This fact hardly suggests that Berrigan has toned down his radical nonviolent witness, and his latest book The Kings and Their Gods: The Pathology of Power, a commentary on 1 and 2 Kings, proves it.

Berrigan has already gifted the Church with a series of books on the prophets Daniel, Jeremiah, and Isaiah which combine biblical and social commentary in a poetic style that brings these scriptures to life and reveals their relevance for today’s world, a world not so different from the one the Hebrew prophets critiqued. Berrigan takes us through the stories the kings of Israel, reading them as a “diagnosis of the pathology of power,” a litany of death-dealing episodes of assassination, accumulation of riches, and above all, war-making, in which king after king is tempted to measure up to the “manhood” of previous kings through the use of power and violence.

Beneath the recounted historical events, Berrigan draws our attention to how the nation’s imperial consciousness and activity was supported by false conceptions of Yahweh, often assisted by prophets like Elijah and Elisha who sometimes succumbed to the blood thirsty idol-god of the empire.

As in his other commentaries, Berrigan’s real gift is drawing connections to today’s world, and he shows us how the tension between the God of life and the gods of death is present in our world today. The story of the kings of Israel show us the depths to which human beings can descend, and to which we are still descending, depths that literally create “hell on earth” through the mechanisms of empire.

From his vantage point as an American, Berrigan sheds light on the scriptures by speaking prophetically about the “culture of death” as it manifests itself in his own context through the war on terror, abortion on demand, fear of immigrants, obsession with national security, and a long history of U.S. imperialism in Latin America and throughout the world. “A demetia of death lies heavy on us. Obsession with death: death embedded in law, custom, economy, military, courts, jails, abortion mills, death rows…. Death as an acceptable social method, invariably cloaked in military overtones and metaphors, and these wildly and publicly approved.”

Berrigan illustrates his method of reading of texts like 1 and 2 Kings through a stark recounting of the scene of a Guatemalan village which was exterminated in the mid-eighties. Berrigan compares his reading strategy to the way survivors exhume the corpses, mourn their loss, and honor their memory by looking forward in hope:

“The map that leads us to the scene of carnage, to the site of the hidden boneyard, is our bible. Dig, dig. Until memory is freed, the bones stand articulated, the animating spirit cries out: Hope! Justice!”

Berrigan powerfully encourages us to take a similar view of the violence of our histories and our present time. He calls us to own up to our own tendency to worship deception and death, to “exhume” it, and to mourn it, committing ourselves once again to the true covenant with Yahweh, the God of Jesus, the God of Life.

Berrigan’s book is sure to inspire those involved in social justice and peace ministries, and would make a perfect source of reflection for scripture study and faith sharing groups. It is also recommended for homilists who are committed to letting the Word of God expose the “pathology of power” in our churches and in our world.

A full review appears in the June 1, 2008 issue of the Catholic Register (Canada).

May 28, 2008 On Criticizing Bishops
Recent Comments
3 Comments | Leave a Comment
"All the public information about Trump's plan indicates it would have been better. One reason ..."
Theodore Seeber A Lament for Afghanistan
"I am not denying that Trump also had a similar plan. We do not know ..."
Jeannine P A Lament for Afghanistan
"Capitalism can be IDOLATRY if you do not pay attention to your actions. Do not ..."
dennis richardson Capitalistic Idolatry Vs. Christianity
"One real question: are you willing to admit that President Trump also campaigned on a ..."
Theodore Seeber A Lament for Afghanistan
Browse Our Archives
get the latest updates from
Vox Nova
and the Patheos
Catholic
Channel
POPULAR AT PATHEOS Catholic
1