Welcome to Wake Up Call. An eye-opening take on spirituality.

Welcome to Wake Up Call. An eye-opening take on spirituality. September 8, 2012 Tom Rapsas 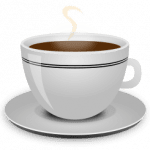 For starters, let me introduce myself. I’m Tom Rapsas, and I’m thrilled to be starting a new blog column on Patheos. I’ve been blogging on spirituality issues for the last few years at both Elephant Journal and my own site The Inner Way. During that time, I’ve written about 60 posts (which are now available on Patheos), some of which were easier to write than others.

There was The Forbidden Sayings of Jesus, where I needed to consult the many thick tomes I’ve read on the Gnostic Gospels over the years to find the most compelling passages. These books, written in the early days of Christianity, present a fascinating look at the rich diversity of beliefs that existed in the church in first few hundred years after Jesus’ death.

Then there was The Spiritual Billionaire Who Gave Away All His Money where I paid homage to one of my personal heroes, John Templeton, and had to make sure I got his philosophy just right. Known primarily for founding the investment firm that bears his name, Templeton spent the last few decades of his life giving away tens of millions to charity and writing several books on the world’s religions and wisdom.

Yet as long as these posts may have taken me time-wise, I believe I spent even more hours recently trying to come up with a name for the column you’re now reading. Here are a few of the once promising, but ultimately faded contenders: Closer to God, The Divine Path, Running to God, A Direct Path, Bumping into God, The God Whisperer, The Good Word, The Wyrd, Connecting with Something Greater.

So how did I settle on the name you see in the masthead above, Wake Up Call. Insights & Musings to Stir Your Soul? Well, as I was struggling with the name, I came upon a short and insightful piece by author and artist Hugh MacLeod in his quasi-motivational business book Evil Plans. There he talked about people that he identified as “wakers”. Here’s a passage:

A waker is a person who is very good at waking people up from their metaphorical slumber, temporary or otherwise. A waker reminds you just how alive you really are. Just how much human potential you really have inside of you.

That struck me as just about right. It’s how I see myself and how I’d like to go about writing this column, to be a “waker”, telling you about the religious and spiritual philosophies and ideas that resonate most with me, hoping they will strike a chord with you as well. In turn, I hope to help you, the reader, become a waker too.

I recently came across a quote by the masterful Emerson scholar Richard Geldard that pretty well sums up how I see spirituality: “We live in an elevated sense of wisdom only in rare moments.” The Buddhist author Reginald A. Ray refers to it as “the awakened state” to which we only get rare and temporary glimpses.

And that will also be my task here, to identify and capture the activities and teachings—the enlightened moments—that can help elevate our wisdom and allow us to glimpse the awakened state, the place where we truly feel alive with the knowledge that a divine spirit is within us and all around us.

I look forward to sharing my thoughts and hearing yours. It’s going to be a fun ride.

September 23, 2012 Killing the Guru and Finding God: the Andrew Harvey Story.
Recent Comments
0 | Leave a Comment
Browse Our Archives
get the latest from
Wake Up Call
Sign up for our newsletter
POPULAR AT PATHEOS New Visions
1

New Visions
If You’re Not Drowning, You’re a Lifeguard (2020)
Wake Up Call