My Real-Life Encounter with the Bogus Buddhists of Broadway. 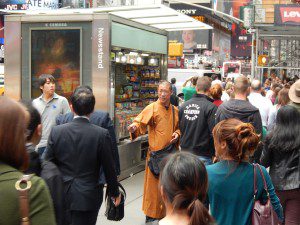 I’ve been working on-and-off in New York City for much of the past two decades and have been approached by a number of aggressive panhandlers over the years. As a rule they are disheveled and most appear to be a bit off mentally. Some ask for money for food, others just ask for money, and it’s apparent that most will put the coins and dollars they collect toward drink.

Like many who live or work in New York, I keep an eye open for those in real need, so I can slip them a dollar or two—as a rule they are the ones who sit in the shadows and ask for nothing. I have also learned what my friend Kevin calls “the drill”. When a panhandler approaches you, you look straight ahead, ignore them, and keep on walking.

So it was a bit surprising when about 3 years ago, I first noticed a different sort of panhandler. He was a man of Asian-descent sporting a nearly-shaved head, dressed in a golden orange robe. I spotted him from way down the street and could see him approach one person, than another. And as I came up along side him at a traffic light, he approached me.

He had a beatific smile and looked like he could be a second cousin to the Dalai Lama. He handed me a sparkly card with a picture of a Buddhist deity. And as I held it, he made his sale pitch in broken English, something about raising money to repair his temple in China. He opened a worn notebook and in it were scrawled the names of apparent donors along with dollar-figures, $20, $35, $50. Something didn’t feel right, I declined and moved on.

Well since that time, these begging Buddhist monks have become ubiquitous in the Broadway/Times Square area, on some days there seems to be one on every block. The New York Times just wrote a story about them, the monks who seek donations to repair their temple—and the bottom line is that it appears every last one is a fake.

The Times reports that various real-life Buddhists “have confronted the men, asking about their affiliation or quizzing them about the religion’s precepts. The men remain silent or simply walk away.” One Buddhist confronted a man in orange robes in Brooklyn, and quizzed him on the Five Precepts of Buddhism*. The man “didn’t know even one”.

An ambitious Times reporter followed one of the robed monks one afternoon, after he had apparently finished his solicitations for the day. He reports that the “monk”:

“…headed to the restroom at Bryant Park, emerging minutes later in street clothes, his robe apparently packed in a leather bag. He eventually boarded a No. 7 train to Flushing, Queens, which has a large Chinese population. There, he and another man bought a $12.99 jug of red wine and repaired to a flophouse that caters to recent immigrants.”

So much for the temple repair work. I have also have since verified that this is not how any Buddhist would go about raising money, that in fact Buddhists don’t beg for anything but food, and that’s rare. As one person, Ernie from Queens, wrote on the New York Times Web site:

Authentic monks and nuns do not beg for money. Depending on the tradition to which they belong, mostly the Southeast Asian Theravada, they may beg for food, but for daily sustenance only, not to hoard or stock up. But money, almost certainly not.   In the Chinese tradition there is no begging either for money or food. They will accept donations from followers, but they do not beg.   So these people are almost certainly fakes. As such they are doing a disservice to Buddhists.

The moral of the story: You can’t judge a Buddhist by his cover.

And to give this story a wee bit of spiritual value, courtesy of Wikipedia, below are The Five Precepts of Buddhism: 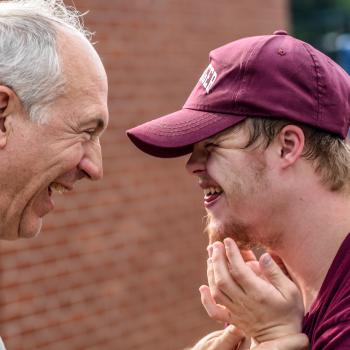 New Visions
Can Kindness Make You A Happier Person?
Wake Up Call 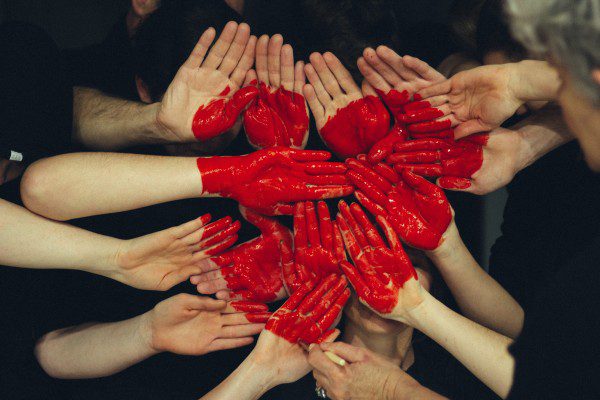 New Visions
A Total Stranger Left My Friend $250—and the...
Wake Up Call 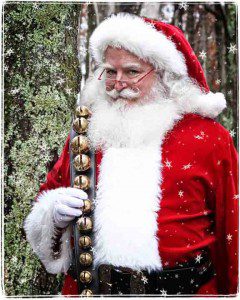