Can Kindness Make You A Happier Person?

Can Kindness Make You A Happier Person? December 27, 2019 Tom Rapsas

For those who say it is hard to find good news these days, let me tell you the story of Jon Potter of Pittsburgh, PA. He may be the kindest person in the world.

I learned of Jon earlier this year in a story published in The Washington Post titled: ‘I have $1500 that I’m giving away’: Man becomes legend for extreme acts of kindness toward strangers. Potter has used his limited financial resources and skills as a handyman to say yes to essentially everyone who asks him for help, doing everything from giving people rides in the middle of the night to doing home improvements, from buying groceries to finding housing for those in need. Oh, and he also donated a kidney to a total stranger. All for no monetary gain.

Here’s an excerpt from the story that will give you a good idea of just how generous Potter is and how this generosity has inspired others:

When a local group awarded him $500 for being an exemplary community member, he posted about it on Reddit and asked who needed the money. Several people responded that they needed help, and others contacted him to donate more money. In the end, “I have $1500 that I’m giving away,” he wrote in an update.  He used the funds to help two people get bus passes for work transportation, buy groceries for several other people, pay a gas bill for another, fund new shoes for a struggling nurse with foot troubles, contribute to a service trip in Costa Rica — and for many other causes.

According to the story, Potter himself has struggled in the past with his own personal issues. But he says that “helping others has brought on a big turn for the better in his own life, especially by keeping his depression and anxiety at bay. He highly recommends his unusual lifestyle and likes encouraging others to help people when they can.”

Is kindness and generosity the key to your own personal happiness?

Jon Potter may have tapped into an idea that is as old as mankind. It’s the idea that when we help others, we also help ourselves. It’s the Golden Rule, as found in Matthew 7:12, and in a nutshell it reads “Treat others the same way you would like them to treat you.” But this sentiment is not exclusive to Christianity; it is found in other religions as follows:

This idea is expanded on in this passage from Siddhārtha Gautama, aka The Buddha:

John Templeton writing in Worldwide Laws of Life, calls kindness and generosity “love in action.” Yet he points out that we are often so overly concerned with our own life situation, which is often far superior to those in true need, that we “fail to see blessed opportunities to be love in action.” He asks you and me:

Do you rush so fast from one thing to another, perhaps from one appointment or meeting to another, that you fail to notice how others are feeling or what may be happening in their lives?

What’s the key to being more kind and generous in our own lives? According to Templeton, “shifting your awareness outside of yourself to others.” Let’s stop and do that right now. Who will you encounter in the next few minutes, hours or days, that can use your gift of kindness? Might offering these gifts be one of your 2020 New Year’s Resolutions?

It’s a small ask for the year ahead and it does not require the almost superhuman efforts of Jon Potter. All we need to do is shift our awareness to those around us and ask ourselves the question, “Who can I help today?” Then repeat that question tomorrow and the days after that. You might be surprised to find that your small acts of kindness make you happier, as well. 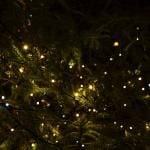 December 22, 2019
Have Yourself a Very Mystical Christmas
Next Post 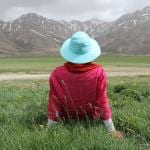 January 4, 2020 How Finding "Quietude" Can Lead to a Better Way of Life
Recent Comments
0 | Leave a Comment
"Poppycock. Do you actually have any evidence that any gods exist?"
420 Troll 5 Ways to Hear What God ..."
"Documented accounts concerning the Oracles of Delphia and appearances of Krishna, for example, are also ..."
LaneWolfley The Miracle of Fatima: A Visit ..."
""A visit by Mary or something stranger?"Or non-event."
C Nault The Miracle of Fatima: A Visit ..."
"Beautiful, profound message. I'm feeling very grateful for you right now."
LaneWolfley Is it Time to Separate God ..."
Browse Our Archives
get the latest from
Wake Up Call
Sign up for our newsletter
POPULAR AT PATHEOS New Visions
1

New Visions
If You’re Not Drowning, You’re a Lifeguard (2020)
Wake Up Call