Can the book that saved Lindsay Lohan help you cope with life?

At one point in time, if you asked anyone in my family who their favorite actor/actress was, there would have been no doubt as to the answer: Lindsay Lohan. We watched movies like The Parent Trap, Freaky Friday and Confessions of a Teenage Drama Queen multiple times. Heck, we still watch them when they’re on today!

There’s no doubt that if you’re aware of Lindsay Lohan and her acting work, you also know that over the years she has had some problems. Lots of them. So, it was refreshing to read in a recent article that Lohan finally appears to have gotten her act together. It was also surprising to see the reason for her personal reawakening.

Lohan credits a big part of her turnaround to the book The Untethered Soul by Michael A. Singer. (It was recommended to her by Oprah Winfrey.) I’ve written about Singer before, specifically the just-say-yes philosophy he championed in The Surrender Experiment, but this book has a different message. It’s a deep-dive into “the Self” and the emotional barriers that keep us from fully living our lives.

I just reread The Untethered Soul, 10-plus years after its initial publication, and I can see how the book’s premise may have swayed Lohan. It got me thinking and may do the same for you. Singer is espousing that we look at life in a fresh way, by actually altering our thought process. The message he’s preaching is clear—the tough part is implementing it into our daily lives.

With apologies to Singer, I’ve taken his work and reordered it into a series of points that start with the problem and move on to the potential solution. Much of the language below is Singer’s, though I have mashed together several of my own thoughts with his. The book goes way, way deeper than space allows me here, so if these ideas pique your interest, by all means pick up the book.

There’s a voice inside your head that never stops talking.

It never shuts up. It talks nonstop, like an annoying roommate. It even talks to you in the shower. It analyzes. It criticizes. Its constant chatter puts a buffer between you and life, instead of allowing you to live life to its fullest.

You’re not the only one who hears this chattering voice. It’s an issue that plagues almost everyone. For example, Katherine Graham, the esteemed former publisher of the Washington Post, once wrote that she was always wondering: “Did I say the wrong thing? Did I wear the right clothes? Am I attractive?” The voice second guesses your every move.

For all the attention you pay to it, the fact is much of what the voice says is meaningless. It doesn’t improve your life or make you a better person. All the chattering is a waste of time and energy and an anchor around your life.

The first step is to realize you are not the voice inside your head.

This idea requires a little bit of quiet introspection, so read it slowly. There are two distinct aspects of each person, including you. Let’s separate them.

The first you in the shallow you, the ego, the person you put out into the world. This is the domain of the voice and the source of the incessant chatter. It is located in the mind.

The second you is the deeper you, the awareness, the witness, the center of your intentions. Some might call this the soul or the true Self. It is located at the core of your being.

The second you sits back and watches the first you. The you that’s deep inside notices the voice talking. It is not the voice itself.

The next step: find the real you, the awareness at your core.

The mind itself is not awareness. It is only a machine. We are the awareness. ~Yogani

It’s so easy to get caught up in the world of thoughts, emotions, and physical sensations that you don’t even know you’re in there. Your consciousness just follows whatever catches its attention like a cat chasing a flickering light. That’s the normal state for most people.

There are ways to get to this quiet place and find the awareness. For many, this happens through meditation, yoga or vigorous exercise, when you’re able to quiet the shallow you and silence the voice. When the voice is silenced, what remains is the real you, the watcher, the true Self.

To tap into the real you, you need to be centered and aware.

You want to live with a separation between you and your thoughts. Your thoughts may happen, you’re aware of them, but you’re not affected by them. They’re out there, like clouds floating by a window, and you’re sitting back observing them.

When you live your life aware, you’re no longer completely immersed in the events around you. Instead, you inwardly know that you are the one who is experiencing both the events and the corresponding thoughts and emotions.

Instead of getting lost in a thought, you remain aware that you are the one who is thinking the thought. The world ceases to be a problem. It’s just something you’re watching. You can pull back from the angst, the worry, the second-guessing, and see everything.

The ultimate goal is to live with this awareness all the time.

When you pull back behind the mind, you, the awareness, are not involved in the process of thinking. Thinking is something you watch the mind do. You are just in there, aware that you are aware.

The more you sit in the Self, the more you’ll feel a change within. When you are no longer absorbed in your own melodrama, but instead, sit comfortably deep inside the seat of awareness, you’ll start to experience a positive feeling inside.

Awareness does not fight; awareness releases. Awareness is at peace and simply observes while everything in the universe parades before it.

September 13, 2018
The Reluctant Billionaire and His 5 Keys to Happiness
Next Post 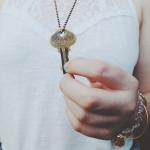 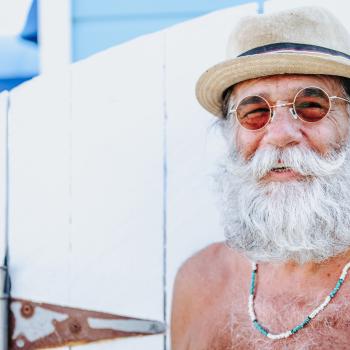 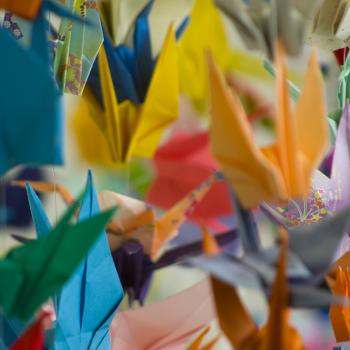 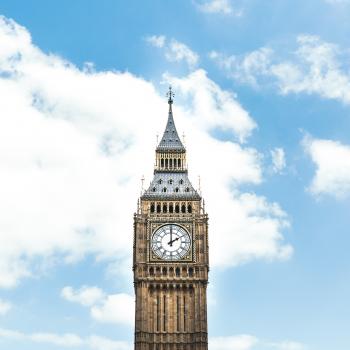 New Visions
An 8-Point Buddhist Guide to Being a Better...
Wake Up Call
TRENDING AT PATHEOS New Visions