Will Trump Fall Prey to the Law of Karma?

Will Trump Fall Prey to the Law of Karma? November 14, 2018 Tom Rapsas

I’m not going to catalog Donald Trump’s bad behavior here. His insults and threats and fuzzy relationship with the truth have been well documented. What I’ve been wondering, and maybe you are too, is this: Might Trump one day receive his cosmic comeuppance, aka karma, for his transgressions?

To learn more about karma, I consulted the writings of an expert in the field, Paramhansa Yogananda, the late-Indian spiritual teacher who won a wide following in the west. (To cite one example, Apple entrepreneur Steve Jobs credited Yogananda’s self-realization philosophy as the key to his success at work and in life. Prior to his death, Jobs instructed that each attendee at his memorial service be given a copy of Yogananda’s book, Autobiography of a Yogi.)

In the book The Essence of Self-Realization, Yogananda’s disciple J. Donald Walters recorded and compiled the sayings and wisdom of his teacher, including many pages on karma and how it works. Interestingly, Yogananda states that karma is related to reincarnation and while he believes karma is often returned in this lifetime, it can also be returned in the next.

What you see below are what I found to be Yogananda’s key teachings on karma. Do these passages relate to our sitting president and what he may encounter in the future? I’ll let you be the judge. Please note: The words below are all Yogananda’s, though I have done some light editing for better flow. I have added my own thoughts in italics.

This is the law of Karma: As you sow, you shall reap.

The results of good and bad deeds are not experienced only after death.

Heaven is not “up there,” as people commonly imagine, it is all around us, just beyond our physical vision. Heaven and hell are realities here on earth, where people reap the painful consequences of their folly, and the harmonious results of right action.

People seldom think of their own actions as bad. Whatever they do seems, at least to them, well-intentioned.

If you ridicule or condemn others, then at some time, in this life or is some future life, you will have to undergo the same experiences as those of whom you now disapprove so uncharitably.

In other words, the vilification of others results in your own vilification–a vicious circle that repeats itself over and over.

The greater a person’s emphasis on ego-fulfillment, the less his awareness of true joy.

Given this standard, what is Trump’s true level of happiness? But for those so inclined, there is hope:

Bad karmic tendencies cam be overcome not by concentrating on them, but by developing their opposite good tendencies.

Be ever busy for God, and with doing good for others. An idle mind is the workshop of the devil.

As Jesus said, to one who loves much, much is forgiven. (Matthew 7:14)

Yogananda quotes Jesus frequently and the passage above is meant to indicate you can change your karma during your lifetime. Perhaps it is not too late for Donald Trump. But perhaps he is incapable of offering the love needed to turn things around.

A SIDE STORY: I pass a business semi-regularly that puts messages on the tall sign that stands in front of it. This sign might normally be used to advertise a sale or daily special. For the last several months, the sign has simply read: PRAY FOR TRUMP. At first I thought the business owner must be a Trump supporter. But upon further reflection, I now see that the owner may not be a supporter, just a person that is hoping that the president might find the character and grace to better do his job. 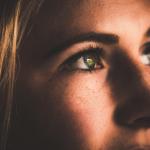 November 7, 2018
Finding God without Church (Spirituality for the Rest of Us)
Next Post

November 21, 2018 Bedtime Contemplation: 4 Steps to a Better Tomorrow
Recent Comments
0 | Leave a Comment
"ROFLMAO!!!Yeah...having hallucinations based on your religious beliefs caused by oxygen deprivation proves that your hallucinations ..."
James McClymont The Man Who Went to Heaven—and ..."
"We left out Ouija boards and psilocybin."
AntithiChrist 5 Ways to Hear What God ..."
"About 10 years ago, I had a heart attack and I died. I was dead ..."
BubbaLaw The Man Who Went to Heaven—and ..."
"Hmmm.... this one works as well as all the others I tried... not at all."
Kibosh The Prayer Banned 6 Centuries Ago—and ..."
Browse Our Archives
get the latest from
Wake Up Call
Sign up for our newsletter
POPULAR AT PATHEOS New Visions
1

The Man Who Went to Heaven—and...
Wake Up Call
Related posts from Wake Up Call

New Visions
Did Donald Trump Break the #1 Rule of...
Wake Up Call

New Visions
The Inspiring Story of the Man With 3...
Wake Up Call

New Visions
An 8-Step Guide to Living Your Life with...
Wake Up Call
TRENDING AT PATHEOS New Visions