Were Jesus and Mary Magdalene Lovers?

If you read the gospels, you quickly see that Jesus is a man of many emotions—and not all of them are positive. As one Christian publication points out, he is at times angry, indignant, distressed, depressed and sorrowful. On the plus side, he also has moments of joy and happiness, empathy and compassion. Which raises a question:

If Jesus was in fact “flesh and blood” and experienced the full spectrum of human emotions, did he also experience the feelings of lust and romantic love?

I bring this up because there’s evidence that a special relationship existed between Jesus and Mary Magdalene and it’s found in the Gnostic gospels. These historical texts became the basis for a main plotline in Dan Brown’s fictional bestseller The Da Vinci Code, where it was revealed that Jesus and Mary were married and even had children.

If you’re not familiar with the Gnostic gospels, here’s some background:  While most of us are familiar with the four gospels found in the Bible, in the first few centuries of Christianity there were dozens of gospels in wide circulation about the life and teachings of Jesus. These texts were passed around fledgling churches throughout the Mideast and beyond, and show the rich diversity of early Christian beliefs.

Unfortunately, the Gnostic gospels were banned by the early church with the aim of literally getting all Christians on the same page. Only the gospels of Mark, Matthew, Luke and John were officially sanctioned, while all other gospels were excluded—and ordered destroyed by the church, though some of the texts survived.

What we lost with the purge of competing gospels was a richer, more fully developed picture of Jesus the man, especially as it relates to his close relationship with Mary. Take the four excerpts from the texts below that hint that there was more to the relationship of Jesus and Mary than what we find in the Bible:

From the Gospel of Phillip:

There were three who always walked with the Lord: Mary, his mother, and her sister, and Magdalene, the one who was called his companion.

From the Gospel of Mary:

Levi said to the other disciples: “Surely the Lord knew her very well. That is why he loved her more than us.”

From the Gospel of Phillip:

The companion of the Son is Miriam of Magdala. The teacher loved her more than all the disciples; He often kissed her on the mouth.

From the Gospel of Mary:

Peter said to Mary, “Sister, we know the savior loved you more than any other woman. Tell us the words of the savior that you remember, which you know but we do not, because we have not heard them.”

As the author Thomas Moore states in Writing in the Sand, while Mary was at one time confused with a prostitute by the same name in the bible (perhaps intentionally by those in the church who sought to downplay her importance), she is now recognized as “perhaps the beloved disciple to whom the Gospels never refer by name, and a figure of great importance in the earliest leadership of Jesus’ followers.”

Over the years, the legend of Mary Magdalene has grown and there have been books written, like The Da Vinci Code, that make the case that Jesus were husband and wife. Several, including Holy Blood Holy Grail, lay out evidence that after the death of Jesus, a pregnant Mary traveled to France, gave birth and began a long line of Jesus’ descendants.

But to me what is most intriguing is the relationship Jesus and Mary Magdalene had in life. Did the love of this close disciple cross over into a romantic relationship? As Moore points out:

What is shocking about the new view of Mary Magdalene and Jesus, of course, is the implication that Jesus was not celibate. People who see Jesus in an entirely spiritual light may have trouble considering the possibility that he was a sexual being as well. Yet…if you’re going to acknowledge Jesus’ humanity, you have to include his sexuality.

Does it matter if Jesus had a romantic relationship with Mary Magdalene? For some in the church it poses a problem, as they see Jesus as above the earthly desire for romance and sex. But I believe the idea of a Jesus who had a romantic relationship with Mary makes him easier to relate to, a savior that knows first-hand not just the pain and weaknesses of our flesh and blood experience, but also its pleasures. As Moore writes:

How you imagine Jesus’ sexuality may depend on how you feel about sex. If you think it’s contemptible or at least a low part of human nature, you may not want a sexual picture of Jesus. If you see the beauty and full significance of sexuality, you may understand how important it is to allow Jesus his sexuality. Anything less acknowledges his incarnation except for sexuality—and that makes no sense. 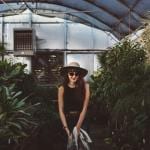 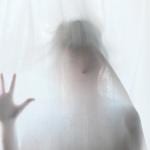 February 20, 2019 Evidence that When We Die, We Don’t Really Die
Recent Comments
0 | Leave a Comment
"Oh, how I wish that I had been wise enough to listen to that Little ..."
Judgeforyourself37 Are You Listening to the Still, ..."
""Maybe we're more similar than we think."Indeed. Credulity knows no geological boundaries."
DNPWWS 5 Ways to Hear What God ..."
"1. Lysergic acid diethylamide2. Psilocybin3. Dextromethorphan4. Lobotomy5. Repeated blows to the head with a sledgehammer"
DNPWWS 5 Ways to Hear What God ..."
"Ummm...significant error: The shepherds are in Luke and the wise guys are in Matthew. :) ..."
Rev. Dr. Eric O. Ledermann The Birth of Jesus: According to ..."
Browse Our Archives
get the latest from
Wake Up Call
Sign up for our newsletter
POPULAR AT PATHEOS New Visions
1

The Birth of Jesus: According to...
Wake Up Call
Related posts from Wake Up Call

New Visions
The Birth of Jesus: According to the Gospel...
Wake Up Call