The Jesus Scholar who was Abducted by Aliens

There have been a lot of stories about UFOs in the news lately, specifically around the US government admitting that they exist. What’s much more fascinating to me though are the untold thousands of reports by those who claim to have had encounters with the occupants of those flying ships. One such witness is the author Whitley Strieber.

Strieber recently published a new book titled Jesus: A New Vision. It’s a scholarly and well-researched study and Strieber has apparently been working on it for many years. It provides a number of fresh insights into the life and times of Jesus, while offering a new take on his true message. I’ll be writing about that book soon but before I do, I thought it necessary to provide Strieber’s back story. It’s quite a story, one that requires the column you’re reading now.

Strieber may be best known for his 1987 book Communion and its somewhat controversial subject matter. In that book, he recounted his frightening abduction from a cabin in upstate New York by “non-human beings” or what might be referred to aliens. As Wikipedia points out, “Strieber draws no conclusions about the identity of the alleged abductors. He refers to the beings as “the visitors,” a name chosen to be as neutral as possible to entertain the possibility that they are not extraterrestrials.” They may, in fact, be living amongst us here on Earth, but in another dimension that most of us cannot sense.

The floodgates opened to a wave of alien visitation stories.

Strieber recounts that after the publication of Communion, “the letters started coming in, at first by the hundreds, then the thousands, then a great cataract of letters, easily ten thousand a month, from all over the world. They were linked by certain commonalities, most often the seeing of a face, long and thin with great, dark eyes.” It seems that Strieber was not alone in experiencing these alien visitations. There are now dozens of books available on the subject, filled with first-hand accounts.

In his own books, including The Super Natural, A New Vision of the Unexplained written with Jeffrey J. Kripal, and A New World, Strieber attempts to explain the visits, trying to figure out what he and tens of thousands like him have experienced. (I should also point out that to this day Stieber is still occasionally visited by the visitors who drop by, and into, his life without notice.)

For the people who witness them, including a reverend from Baltimore, the visitors can appear in different forms. While the most frequently cited are “the greys,” small creatures with almond eyes (think ET), others report encounters with lizard-like creatures and even what appear to be humans, albeit with features that are slightly out of synch. The messages they pass on vary and often are incomprehensible. Strieber has said they speak “in math,” a language he is just now beginning to understand.

Among his theories as to what may be going on:

Is it possible our myths have come to life?

Strieber believes these encounters have their roots in folklore and that the visitors have been interacting with us since the dawn of man. Across multiple European cultures, they often take the shape of fairies or wee folk. In American culture, there is Bigfoot and in Himalayan culture, the Yeti. He points out that “the human being is a myth-making species. We need meaning, a story in order to live.” While our culture has suppressed the myths of the past in favor of science, the myths may again be making their presence known.

Strieber’s co-author Kripal reminds us that what we see is often not what is actually there, but what our imagination trains us to see. He mentions the philosopher Kant who “taught us that we do not know the world as it really is. We only know the world as it is filtered through and shaped by our senses and the structuring categories of the human mind.”

This kind of cosmic weirdness is at the heart of many of our best-known religious apparitions, including the Miracle of Fatima, where a group of children saw the image of the Virgin Mary and heard her speak, while others experienced only bright lights and a buzzing sound. Then, there’s the conversion story of Paul the Apostle who was knocked to the ground by a bright light and heard a voice from the heavens. In Strieber’s words:

Our cultural mindset may determine what we actually see, determining if we experience a glimpse of heaven or a preview of hell. Or perhaps these encounters are meant to show us that there is more to life than our small minds can comprehend. And if this all sounds like crazy talk, know that Stieber admits his personal tale defies belief and explains it this way:

I know that all of this sounds fictional. Of course it does. But perhaps the world is far larger and more complex than we ever imagined. Something that has always been part of us, and which is now raising its ancient voice again, calling to all of us to look up to the stars and inward to the infinity of our minds, and find our own greatness, and save ourselves. 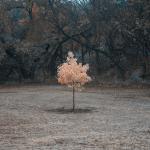 June 30, 2021 The #1 Stoic Rule for Living a Good Life
Recent Comments
0 | Leave a Comment
"hahaha he did <(￣︶￣)>f.E1269.US/L5324Bg"
Landi How many Thanksgivings do you have ..."
"those guns sounded too real for paint guns... wth?L.M6K2U.ME/LU5117T"
nikhil29 10 Surprising Truths about Jesus (You ..."
"Your explanation? Do you simply assume that the children were deliberately perpetrating a fraud on ..."
Max Alberts The Miracle of Fatima: A Visit ..."
"Yep only children choose one, adults take bothN.LEIHE.INFO/oh5117A"
Ardin West vs. East: Did We Get ..."
Browse Our Archives
Related posts from Wake Up Call

New Visions
The 50 Miracles of Jesus: Fact or Fiction?
Wake Up Call

New Visions
The Secret Teachings of Jesus
Wake Up Call