UFOs, Angels and Fairies: Do You Believe?

Is there a direct connection between angels, including guardian angels, and the other mysterious entities that people encounter, like aliens, ghosts and fairies? Possibly.

All of these unearthly beings often appear out of nowhere and disappear just as quickly. They defy rationale or scientific explanation. Yet, to the people who witness them, they are as real as you and me, and seem to represent first-hand proof that there is more to this world than meets the eye.

You may have seen a string of recent news reports about encounters the US Navy has had with UFOs, causing speculation as to just who or what is behind these crafts. Several Navy pilots who witnessed the UFOs first-hand refused to speculate on their origin, one saying, “we’re here to do a job, not make up myths.”

With UFOs, have our myths come to life?

The idea that UFOs are really a form of modern-day mythology was first proposed by the famed philosopher Carl Jung in a book titled Flying Saucers: A Modern Myth of Things Seen in the Sky. Jung speculated that UFOs come from the collective unconscious, a vast repository of myths and dreams of people throughout the world, all connected in a complex matrix that transcends time and space.

While many believe that UFOs are spaceships from another planet, in the book Angels and Aliens, author Keith Thompson echoes Jung proposing that that UFO encounters contain mythic and legendary elements—and may come from somewhere deep within our psyche. Thompson compares UFOs to visionary experiences like “angelic visions, shamanic journeys and folkloric encounters with fairies.”

Most enthralling are the tales of those who encounter not just unidentified crafts, but their inhabitants. There are stories galore of people who have seen aliens, and many thousands who believe they have been brought to their “ships,” often for bizarre experiments. Here, Thompson suggests that it’s our cultural upbringing and own mindset that helps determine how we interpret what we see—angel or alien, friend or foe.

Angels can be every bit as mystifying.

In Angels Are for Real: Inspiring, True Stories and Biblical Answers, Judith MacNutt reports that angels are often invisible, though their physical presence can be sensed. Other times, angels appear with distinguishing traits that set them apart from the rest of us. Eyewitnesses have described them as “8 feet tall, wearing a robe,” “beautiful, androgynous, and dressed in white” and “glowing, surrounded by a bright light.”

I wrote previously wrote about the “angels” and visions of God’s mother Mary sighted by three young children at Fatima, apparitions that only they could see. The story was recounted in a book Dimensions by the astronomer and noted ufologist Jacques Vallee. He pointed out that the events at Fatima involved luminous spheres, lights with strange colors, a feeling of “heat waves”—all physical characteristics associated with UFOs.

When the children of Fatima would address Mary, no one else present could see who they were talking to or hear Mary’s response. Some of the witnesses testified to hearing the buzzing of a bees, a sound associated with many modern UFO-sightings. Others reported seeing “a weird disk…turning rapidly…plunging in zig-zag fashion” and “a luminous globe spinning through the clouds (that) rose and disappeared into the sun.” It caused Vallee to come up with more questions than answers when trying to explain the event:

Could it be the imagination of man? Is there a science of deception at work on a grand scale, or could the human mind generate its own phantoms, in a formidable, collective edification of worldwide mythologies? Is a natural force at work?

Fairies are another category unto themselves.

In her book Fairies, Real Encounters with Little People, Janet Bord points out that at one time in rural areas of Great Britain and Ireland, encounters with fairies were so common that people took them for granted. She cites scores of examples dating back centuries, first-hand accounts of locals who have witnessed fairies, in all manners of dress, ranging in size from a few inches to a few feet tall.

They are frequently seen dancing and spinning in circles, other times running at incredible speeds, have even been spotted playing the fiddle, or engaged in acts of mischief. Like UFOs, fairies have the ability to disappear in the blink of an eye, just as quickly as they appear.

Bord also wonders if UFO entities and fairies are one and the same. She believes that there is a life force present in all living things that can sometimes manifest itself in strange ways. As Bord points out, perhaps “people are influenced by their environment and upbringing” when trying to interpret their otherworldly experiences.

For instance, she writes of a Reuters story out of Peru where in 1977 a student named Jorge Alvarez fell into a swamp. He was sinking fast when “four little creatures of human appearance, with three fingers on each hand” suddenly appeared and, holding out a branch, pulled him to safety. He later described them as three feet tall and covered with green scales. Had Alvarez been raised in Ireland, might he have seen these entities as fairies and not little green creatures?

Are these strange entities we see real or merely symbolic?

Are they living in another world that is parallel to our universe? Or, like Jung suggested, are they powerful myths that have come to life? We really don’t know for sure. Perhaps our ignorance is best summed up by the parapsychologist John L. Randall who, when discussing the possibility of parallel worlds, said:

What we regard as “reality”—the everyday world with its three spatial dimensions and linear time-flow—is no more than a distraction from a much more complex universe. We are indeed like the men in Plato’s allegory who, seeing the shadows of a higher reality on the walls of the cave, mistake these shadows for reality itself.

Is there more to this world than meets the eye? Are mythic creatures like angels, aliens and fairies in some sense real? In a world where such mysteries exist, is it any stranger to believe in the existence of God? 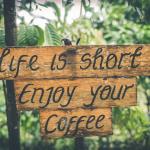 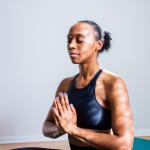 June 6, 2019 Feeling Lonely? Try the 8-Step Heart Meditation
Recent Comments
0 | Leave a Comment
"That's unfortunate"
Marcus The cure for loneliness. (It’s not ..."
"Says anyone who has never been lonely."
jackattak The cure for loneliness. (It’s not ..."
"I have no pets as I, too, am allergic to cat dander. However, we both ..."
Judgeforyourself37 6 Spiritual Lessons Our Cats Can ..."
"I have tried to have cats and my allergies messed me up so bad I ..."
mofromUS 6 Spiritual Lessons Our Cats Can ..."
Browse Our Archives
get the latest from
Wake Up Call
Sign up for our newsletter
POPULAR AT PATHEOS New Visions
1

The #1 Stoic Rule for Living...
Wake Up Call
Related posts from Wake Up Call 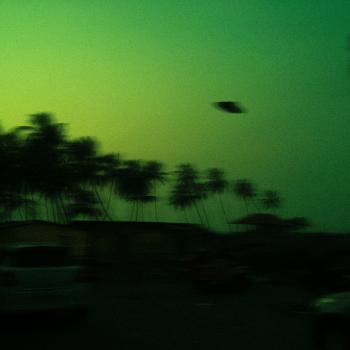 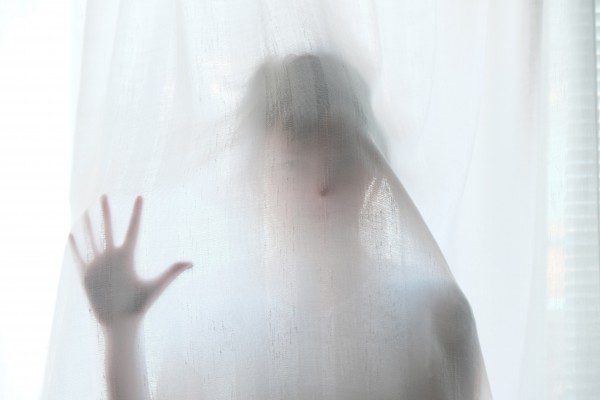