Each one of us, even the poorest of the poor, has angels watching over him. The angels are glorious, pure and splendid, but they have been given to us as companions along the way of life. They have the task of watching over you all, so that you do not stray away from Christ, your Lord. ~Pope Pius XII, 1958

There’s a group within the Roman Catholic Church that’s called Opus Sanctorum Angelorum (Work of the Holy Angels). But it might as well be called The Cult of the Guardian Angels. According to the group’s website, its stated mission is to “lead the faithful to a more conscious collaboration with the holy angels in daily life.”

The association is not without controversy. It was originally founded in 1949 by Gabriele Bitterlich, an Austrian woman who claimed she had received visions of angels, including their names and their functions in Heaven. She also had visions of an ongoing battle angels and demons who she said were fighting for the control of human beings.

Was Bitterlich delusional? Over 100 Catholic priests and nuns did not think so. After her death in 1978, they began circulating her astonishing stories of “spiritual warfare” between angels and demons. The Vatican began investigating the movement and in 2010, 30-plus years later, the association was deemed to be in full conformity with church teachings.

While angels are mentioned in the Bible, for instance in Matthew 18:10 (“For I tell you that their angels in heaven always see the face of my Father in heaven”), their role is not clearly defined. The current consensus POV is that we are assigned a guardian angel at birth, a “messenger who brings good tidings from God.”

Guardian angels offer both spiritual and physical protection. They are also able to present prayers to God on that person’s behalf.

There was an early Christian scholar named Origen who lived from 184-254 AD and is recognized by some as a “father of the church.” A prolific writer, he penned over 2,000 treatises on Christian theology and had an interesting take on angels. In his lightly edited words:

Every human soul is under the direction of an angel who is like a father…they have the task of directing and guiding our souls. They circulate between the soul and heaven and come back down bringing the good God has appointed them.

How do you communicate with a guardian angel?

“The angels don’t make great sermons. They are short in words. They rarely speak a great time ahead, but just direct the moment, says Father Titus Kieninger, an administrator with the Opus Sanctorum Angelorum group. “The angels communicate through our intellect, thoughts, interior feelings, circumstances they arrange, and interior and exterior words, (from ‘nowhere’ or spoken through another person).” He relays the following story of a guardian angel in action:

A woman received a call from her daughter saying she was headed to Las Vegas with her boyfriend and would be home quite late. Afraid of the temptations for her daughter, the mother prayed in the daughter’s room for her Guardian Angel’s help. After a half an hour, the girl phoned to say she wasn’t feeling well and canceled the trip.

Kieninger says that our angels are always“whispering into our ears,” offering recommendations that are wise and loving. At the same time, “Our angel may not interfere with our free will, but can and does act on our memories, recalling vividly something we ought to do or warning us of something we ought not to do.”  He tells us angels can:

“Guardian angels are true to the extent we make them true.”

That’s a quote from the author Michael Grosso and his book Frontiers of the Soul. He believes we are co-creators of the angels and that they come into existence when something “out there” interacts with something “in here.” In his words:

Human beings have to believe in angels if they expect something in return. The state of belief is important, for it eases our surrender to the dynamics of higher consciousness.

Our beliefs are intertwined with our faith. I once wrote about the Miracle of Fatima where not everyone saw the strange apparitions as the Virgin Mary or a blessing. Many saw only a whirling disc accompanied by bright lights and a loud humming, that caused not comfort or happiness, but terror. Which makes me wonder:

Is a belief in guardian angels any different from a belief in God? If there is a higher power, does it appear to us through the lens of our personal belief system? If we believe, like Origen and Gabriele Bitterlich, that there are both good and evil spirits in the world, do we then bring both into existence? These are questions I ponder but, at this time, cannot answer. 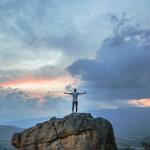 January 16, 2019
The Greatest Thing in the World (as found in the Bible)
Next Post 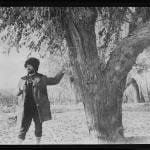 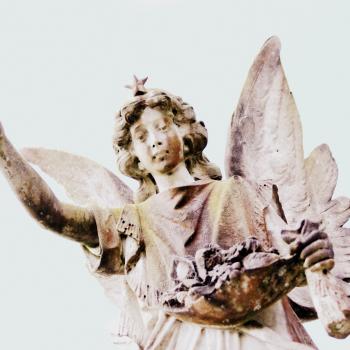 New Visions
Is "The Third Man” Phenomena Proof of Guardian...
Wake Up Call 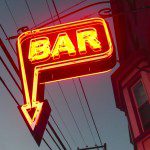 New Visions
A Priest and an Atheist Walk into a...
Wake Up Call
TRENDING AT PATHEOS New Visions