The other day, I ran across a blog here at Patheos titled Illogic in the Garden of Eden Story. As I am currently preaching a series on Genesis 1-11, the creation story is fresh in my mind. Though the title promised a less than sympathetic reading of the text, my curiosity prevailed. Having read the post, I can report that the content basically met my expectations. On the one hand, I found the author’s reading of the text problematic. As I wrote in a recent post, I believe his criticism of the story goes awry in part because he doesn’t understand the full narrative of the Bible story.

On the other hand, the post had some value for me. While I don’t make it a frequent habit to read critics of the Bible, it can be useful at times. For myself, looking at scripture through their eyes stimulates my analytical impulses. In this instance, my thoughts were turned to the role that our attitude plays when we listen to a text. My impression is that the author did not approach the story with sympathy, but hostility. If I’m right, in addition to a lack of understanding of the Bible story, this disposition played a key role in his interpretation.

Today, I want to talk about how the choice to listen with sympathy or with hostility colors our interpretation of both texts and people. When we listen sympathetically, we allow God’s word, and when appropriate others, to be the wind that fills our sails and moves us in a positive direction.

In order for this kind of refinement to take place, I have to be open to the fact that I might be wrong at times. Good interpretation requires an attitude of humility. There’s an old saying that you can’t get better until you admit you have a problem. Similarly, we can’t grow in our knowledge and understanding if we don’t accept that these may be incomplete or faulty.

Personally, I find this exciting. Every now and then I have to jettison a former position because I’ve learned something new, something that actually makes more sense of the grand sweep of the Bible’s story. I love these “a-ha” moments. Yet they could never happen if I weren’t open to the possibility that I just might be wrong at times.

Good interpretation and growth require more than humility, though. They also require an attitude of sympathy. When I’m confronted with new ideas, or even the barbs of critics, I have to consider the possibility that they just might be right. Thus, growth requires humility and sympathy to walk hand in hand.

Sometimes when I read critics, I have to concede that they have a point. Outside observers often have an advantage, in that they are able to see things that those of us on the inside have become blind to. If I listen with hostility, invariably I will adopt a defensive stance. I might go all Captain Kirk, “Shields up! Phasers on full!” In a defensive posture, nothing gets through. Defensiveness all too often shifts to attack. In this scenario, every effort is geared toward first protecting, then attacking.

For people, hostility and defensiveness are too often the default stance. In the absence of sympathy, nothing the text or the other person is trying to say gets through. By contrast, sympathetic listening allows for the possibility that one may be influenced by the other. Like a sailboat, it allows someone to be the wind that fills our sails and move us in a particular direction. While this is understandably a scary proposition, it is essential for leaning and growth. It’s the only way we can receive something useful, even from the critic.

When we listen sympathetically, we are giving other people the opportunity to influence us. However, they still have to earn it. There’s a difference between scrutinizing an argument or position and simply attacking it. While the distinction can be a bit blurry at times, the difference is nevertheless real. Critical thinkers expect people to use evidence to support their arguments. They expect their interlocutors to verify the reliability of their evidence. They expect them to employ logic. Sympathetic listening simply gives others the opportunity to do just that.

Listening sympathetically also mean taking into account the other person’s story. It would be nice if we all adopted and held positions strictly based on logic and evidence. Unfortunately, this is often not the case. People’s beliefs are often grounded in their experiences and their emotional responses to those experiences. If we are quick to listen and slow to speak, if we listen sympathetically, a story may emerge that helps us to understand the other person’s position better than logic and evidence alone can. In turn, this can lead to far more fruitful dialogue for both parties.

Listening to the Bible with Sympathy

I would argue that sympathy is one of the primary factors that distinguish the student of the Bible from the critic. As a Christian, I approach the Bible as the word of God. I am sympathetically disposed towards God and the message of the Bible. I make it my goal to yield to the gentle breeze that is God’s word so that it alone will fill my sail, set my course and move me (I’m compelled to note that in both Hebrew and Greek, the word for “wind” and “spirit” are the same). Conversely, the critic often approaches the Bible with hostility. It is no surprise, then, that his or her reading is characterized by this disposition.

Whether listening to the Bible or listening to people, sympathy or hostility will play a key role in our interpretation of their meaning and intent. On the one hand, either approach can operate from false assumptions and result in false conclusions. On the other hand, only one is likely to result in something good and useful coming out of the interaction.

About Ron Peters
Ron Peters is Professor of New Testament at Great Lakes Christian College. He has numerous publications on the New Testament as well as Greek Language and Linguistics. He is co-host of the After Class Podcast. You can read more about the author here.
Previous Post 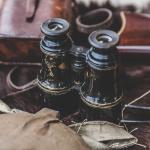 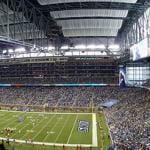 August 16, 2019 Professional Discipleship
Recent Comments
1 Comment | Leave a Comment
Browse Our Archives
get the latest from
General Christian
Sign up for our newsletter
Related posts from Walk and Word

Thanksgiving or 'How much can I fit in...
TURKEY OR HAM OR CHEESEBURGERS? Tomorrow, well, I like Thanksgiving. I am...
view all General Christian blogs
What Are Your Thoughts?leave a comment
Copyright 2008-2021, Patheos. All rights reserved.