When Sabbath Ceases to be Sabbath

In my previous blog, I argued that the Sabbath instructions in Torah did not merely require Israel to take a Sabbath each week, but also to give Sabbath. Today, I want to look at what the New Testament has to say about Sabbath in light of this understanding.

We always have to be careful about making broad generalizations about what large groups of people think and believe. In Jesus’ time, there were many different schools of biblical interpretation among the Jews. Just as modern Christianity is broken into a variety of traditions based, so too was Judaism in Jesus’ day.

In that time, many Jews believed that maintaining right standing with God, individually and as a community, was achieved by demonstrating “zeal for the law.” Those requirements of the law that publically differentiated Jew from Gentile were often regarded as among the most important. Additionally, just like people today, there were some Jews who greatly prized the praise of their neighbors. Such people went out of their way to make a public show of their piety, their zeal.

Sabbath observance was one of the most obvious practices that differentiated Jew from Gentile. Thus, it was more than just a private religious practice. It was also a way of demonstrating corporate religious and cultural solidarity and distinctiveness. The most pious people were the ones who took the greatest care to show zeal for Sabbath, among other requirements. Greater rigor was interpreted as greater zeal.

As a result, Jewish teachers came up with strict guidelines that helped people know when they were keeping the Sabbath and when they had violated it. Things like how far one could walk or what kind of work one could or couldn’t perform were clearly defined. The most zealous people followed these to the letter. Surely God would honor those who demonstrated this kind of rigorous observance. Not to mention the praise of one’s neighbors.

The Gospels reveal that conflict between Jesus and many of the religious leaders of the time grew out of their different interpretations of Sabbath. Before we continue, I think it’s worth pointing out that the traditions of the Jewish leaders had been in place for many generations. Before we’re too quick to criticize them, we should ask ourselves how well we would do in their place. How do you respond when someone challenges the traditions that you, your parents, and your grandparents have accepted for generations without question?

In on our reading of the Sabbath instructions in the previous blog, we determined that Sabbath was meant to be a time of refreshing and renewal. Sabbath wasn’t merely something one took, it was also something one gave. God wanted his people to be characterized by mercy, that is “kindness and concern for someone in serious need.”

Jesus and his disciples were hungry. They were in need of refreshment. Eating the grain that they plucked renewed their strength. Therefore, their actions were consistent with the intent of Sabbath. Seeing that they were hungry, the Pharisees should have had mercy on them. Jesus makes this abundantly clear by quoting Hosea 6:6, “I desire mercy not sacrifice.”

Likewise, in 12:9-14, Jesus is asked if it’s lawful to heal a man with a withered hand on the Sabbath. If Sabbath is for the purpose of refreshing and renewal, then the answer is obviously yes. In the parallel version in Mark 2:23-3:6, Jesus says explicitly that the Sabbath was made for people and not the other way around.

When Sabbath Ceases to be Sabbath

The righteousness that God is looking for is expressed in mercy. Righteous people show kindness and concern for those in serious need. Jesus’ religious opponents had lost sight of this. For them, zeal for Sabbath meant establishing limits and boundaries on one’s actions. Careful observation of these boundaries showed your zeal.

Jesus understood that true Sabbath observance was grounded in mercy. It wasn’t merely a matter of boundaries and limitations. It was meant to be a gift. Not only was it a gift that God gave to humanity, it was also a gift that people were to give to one another.

Whether its Sabbath or any other practice, we know we have deviated from God’s intention when our observance requires us to withhold kindness toward those in serious need. Jesus understood this. His disciples were hungry. They needed refreshment. So Jesus showed them kindness by encouraging them to eat. The man with the withered hand needed healing. His hand needed to be renewed. So Jesus showed him kindness by healing him.

Zeal for the law means showing zeal for what God values most. As Paul said in 1 Tim. 1:8, the law is good, if one uses it properly. That’s because all scripture is inspired by God and is useful teaching, rebuking, correcting, and training in righteousness (2 Tim. 3:16). God sent his son as the teacher of righteousness. He is the judge of what true zeal for the law looks like. Jesus has taught us how to interpret the law and apply it to our lives.

Those who truly hunger and thirst for righteousness, who are truly zealous for God’s law, listen to Jesus. When it comes to Sabbath, Jesus confirms what was there in Sabbath all along. Sabbath is a gift of mercy from God. It’s grows out of his care and concern for all of his creation.

Those who practice Godly mercy also give Sabbath. They give refreshing and renewal wherever and whenever they can. These are the true followers of Christ. Imagine what the church’s witness would look like if all who called themselves by Christ’s name practiced mercy the way he did. Sadly, for many, Sabbath has ceased to be Sabbath.

About Ron Peters
Ron Peters is Professor of New Testament at Great Lakes Christian College. He has numerous publications on the New Testament and on Greek Language and Linguistics. He is co-host of the After Class Podcast and preaches every Sunday at Two or More Christian Church in St. Johns, MI. You can read more about the author here.
Previous Post 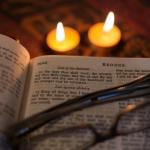 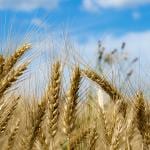