Where is Jesus’ Kingdom?

Another thing that defines a kingdom is its capital city. This is where the king’s palace is. It is the seat of his authority. All the surrounding territory that looks to that city as its capital is part of the kingdom. Sometimes, like with Rome, the empire takes the name of the capital city.

So what are the markers of Jesus’ kingdom?

The Kingdom of Heaven

The NT uses two different designations for the kingdom. The more popular one is “Kingdom of God.” Matthew’s Gospel is unique, in that the favored expression is “Kingdom of Heaven.” Both are helpful for understanding the nature of the kingdom.

We’ll start with Matthew first. I think the reason he likes “Kingdom of Heaven” is because it places God’s kingdom in sharp contrast with worldly kingdoms. The traits that humans are used to using when defining kingdom don’t apply to God’s. It’s not defined geographically. It doesn’t have an army nor does it hold together through military might.

Nevertheless, there are some familiar traits that do apply to God’s kingdom. Since God reigns over the entire earth and his throne is in heaven, his kingdom is defined by its capital. The city in which the king resides defines the kingdom.

Matthew makes this explicit. When the magi come to find the child born King of the Jews, they naturally go to the capital city of the Jews. To their surprise, the child is not there. This is one of the many details that, for Matthew, illustrate how different this kingdom is. It doesn’t radiate out from an earthly city. The King of God’s Kingdom reigns from his heavenly throne.

The Kingdom of God

The rest of the NT writers go with the designation “Kingdom of God.” God’s kingdom is defined by the extent of his reign. Wherever God reigns, you have his kingdom.

One the one hand, as we have already established, God is the sovereign ruler over all creation. There is no place where God doesn’t reign as king.

In 31-32, Jesus compares the kingdom to a mustard seed, which begins small but grows into a large tree. Likewise, God’s kingdom, though currently small, will someday dwarf all the nations and kingdoms of this world.

Verse 33 echoes the parables of the weeds. In this parable, Jesus says that just as a small batch of yeast works its way into a large lump of dough, so too God’s kingdom is working its way into the entire world.

These parables teach us that God’s kingdom is currently in this world. It exists in the midst of these rogue nations that are destined to pass away. So how do we know when we’re within the boundaries of God’s kingdom?

The Reign of God

The extent of God’s kingdom is defined by people, not geography. In the OT, even after the Israelites lost their land and were taken into exile, they maintained their identity as a nation. This was because God’s reign over them as king could be maintained no matter where they lived.

In Deut. 10:12-22, God summarizes his requirements for his people. What does he require of them? That they fear the Lord, walk in his ways, love him, and serve him. As long as they do this, they demonstrate that he is their lord and king. Wherever this is practiced, God reigns.

The People of God

Israelites were defined by a number of key features that differentiated them from the nations around them. One of these features was circumcision. I think we know enough about this process that I can skip any further explanation. What I find intriguing is that, in Deut. 10:16, God tells the Israelites to “circumcise the foreskins of your hearts.”

The reign of God begins in the hearts of men and women. People who circumcise their hearts by embracing love for God and his ways are the citizens of God’s kingdom. This kind of heart circumcision is repeated by Paul in Rom. 2:29. Here Paul writes, “Real circumcision is a matter of the heart – it is spiritual and not literal. Such a person receives praise not from others but from God.”

Jesus said, “Where two or more are gathered together, I am there among them.” You will find God’s kingdom anywhere people whose hearts are circumcised gather together. God’s kingdom reigns in the hearts of his people.

About Ron Peters
Ron Peters is Professor of New Testament at Great Lakes Christian College. He has numerous publications on the New Testament and Greek Language and Linguistics. He is co-host of the After Class Podcast. You can read more about the author here.
Previous Post 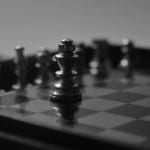 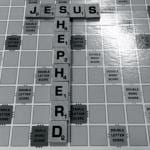