What is Your Relationship with Jesus?

I’ll wait a moment while you think.

The sense I get from a lot of popular Christian music and teaching is that many Christians define their relationship with Jesus as boyfriend or lover. I say this only half jokingly: it’s as if they’ve taken a Harlequin romance novel (are these still a thing?) and replaced the hero with Jesus. I have to be honest. As a guy, treating my relationship with Jesus this way creeps me out a bit.

But someone will argue, “Doesn’t the Bible say we’re the bride of Christ?” Yes, the Bible does indeed. However, in contexts where this is used (2 Cor. 11:2; Rev. 19:7), the image is not one of modern romance where lovers pursue one another drinking deeply of amore. Instead, in the biblical imagery the church is Jesus’ fiancé waiting for her wedding day. In the mean time, we are to maintain our purity by not cheating with other gods. That way, when the wedding day arrives, we will be given to Jesus as a pure virgin.

This is consistent with OT imagery of Israel as God’s bride. This image is used as a metaphor of Israel’s unfaithfulness to God in her pursuit of other gods. See Ezekiel 16 and Ezekiel 23 for particularly graphic uses of this image. You may want to be sure you’re sitting down when you do.

So, yes, the church is the bride of Christ. However, the language of romantic love is not the imagery the Bible uses. It’s used in the context of being faithful to our betrothed until the wedding day.

This is why it was important to the NT church to establish Jesus’ pedigree as David’s heir. God promised David that one of his descendants would sit on Israel’s throne forever (2 Sam. 7:16). This promise is reiterated in the prophets (Isa. 9:7; 11:1-10). As David’s heir, Jesus took his rightful place as Israel’s king.

King Jesus – Son of God and Son of David

This dual emphasis of God’s resurrection of Jesus and Jesus’ David lineage is present in the first evangelistic sermon that Peter preached in Acts 2:14-41. Later, in Acts 13:13-52, we read Paul’s first recorded evangelistic sermon. Not surprisingly, Paul emphasizes the same things.

In fact, Paul’s own pen confirms that this is the heart of the gospel. In Rom. 1:3-4 Paul writes about the gospel he preaches. It is “the gospel concerning his Son, who was descended from David according to the flesh and was declared to be Son of God with power according to the spirit of holiness by resurrection from the dead, Jesus Christ our Lord.” At the end of his life, Paul instructed Timothy to “Remember Jesus Christ, raised from the dead, a descendant of David – that is my gospel,” (2 Tim. 2:8). Paul’s gospel was the gospel of the kingdom, the gospel Jesus preached, the King Jesus gospel.

When I think of kings, I can’t help but recall the scene from Monty Python and the Holy Grail when King Arthur is trying to convince a peasant that he is her king. The peasant pushes back against Arthur’s claim stating, “I didn’t vote for you.” An incredulous Arthur replies, “You don’t vote for kings.” Then the peasant asks a logical question, “Then how did you become king?”

How indeed? In Arthur’s case, he pulled the sword Excalibur from the stone in which it had been lodged. This signified that he was the one worthy of the kingship.

For Jesus, as we’ve noted, his kingship is grounded in the convergence of two important factors: his descent from king David and the promise God made to David, and God’s testimony about Jesus by raising him from the dead.

Before Jesus was born, Judea came under the control of Rome. The Roman consuls Octavian and Mark Antony, acting as the supreme rulers of the empire, appointed a man named Herod “King of the Jews.” Herod’s kingship was not something in inherited by rite. It was granted to him by the ruling powers of the time.

Jesus’ kingship came both as inheritance and appointment. On the one hand, his is both son of David and Son of God. On the other hand, God, the king and sovereign ruler of all creation, appointed him by raising him from the dead.

Jesus is My King

So what is my relationship with Jesus? He is my king, my lord. Everything else is simply a matter of what this means as a matter of faith and life.

I plan to take this up in subsequent posts.

About Ron Peters
Ron Peters is professor of New Testament at Great Lakes Christian College. He has numerous publications on the topics of New Testament studies and Greek Language and Linguistics. He is cohost of the After Class Podcast. You can read more about the author here.
Previous Post 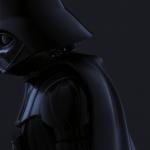 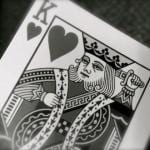 September 23, 2019 Where is Jesus' Kingdom?
Recent Comments
4 Comments | Leave a Comment
"Why, oh why, do religionists go to such extremes defending, justifying, rationalizing their "holy, divinely-inspired" ..."
a r tompkins Stop the Madness
"Great words to chew on (even a year later). David Lipscomb has had some influence ..."
Bradlee Landis Thinking Carefully about Not Voting — ..."
"of course there have been and are many experiments with theocracies, Xtian and otherwise. They ..."
a r tompkins Thinking Carefully about Not Voting — ..."
"Don't be so silly.No sign of utopia but the absence of religious totalitarianism reduces distopia."
rationalobservations? Where is Jesus’ Kingdom?
Browse Our Archives
Related posts from Walk and Word