Left Behind: Not Altogether Bad 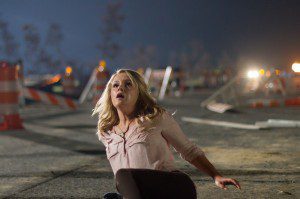 I sort of enjoyed the new Left Behind movie.

But I enjoy meals from a box, too. And bubblegum pop. And tellingly, bad, B-grade movies. I like a lot of things that some might thumb their noses at.

I wanted to like Left Behind in a “hey, this is a pretty dramatic, exciting film you can take your friends to” sort of way. Instead, I wound up liking it in a Mystery Science Theater 3000 sort of way. That hurts a little to say, but I must be honest. And between the strange, slow, hopeless marches that Chloe Steele (Cassi Thomson) takes through town (interrupted by the occasional crashing school bus) people being knocked down escape slides and dialogue that includes lines like, “If she’s going to run off with another man, why not Jesus,” I can’t honestly call this movie good.

But it’s not all bad, either. Really.

So with that in mind, let’s hone in on three positive elements we can take from Left Behind.

1. Nicolas Cage is awesome (in a very Nicolas Cage sort of way). Nic Cage is no stranger to crazy. We’re talking about a guy who has starred in movies like Bangkok Dangerous and Ghost Rider: Spirit of Vengeance. He knows the best way to face a crazy world is with a certain wide-eyed gravitas. In playing Rayford Steele, a pilot trying to figure out why a third of his passengers have suddenly disappeared, you don’t see Cage wink at the audience or place his thespian tongue in cheek or even sleepwalk through the role. He is Rayford Steele, a pilot who’s trying to figure out why a third of his passengers disappeared! Cage is pretty great here.  (And Jordin Sparks gives it her all, too.)

2. It’s a Christian movie with flaming jets. Most evangelical movies have a familiar, comfortable Hallmark Channel feel to them. Left Behind is more Syfy, and I mean that in a good way. Instead of a gentle family drama with heartfelt, overwrought dialogue, this flick gives you crashing cars and flaming planes and people screaming in the streets … along with heartfelt, overwrought dialogue. Sure, Left Behind might have failed in some respects, but it didn’t do so quietly. It lobbed a 70-yard Hail Mary from the back of the end zone while standing on the shoulders of a tuba player. Whatever grade you give Cloud Ten in execution, they get an A for effort.

2. Dude, it’s the Rapture! Some critics say that Left Behind spends too much time talking about God. And the movie does get a little preachy in its opening act. But let’s think for a minute: If all good Christians in the world suddenly vanished in a blink of an eye—just like they always claimed they would—it seems that once you figured out they weren’t hiding under the table, some serious spiritual soul-searching would be in order. If you’re making a story about the Rapture, things should get a little churchy.

Left Behind may not be a high water mark for Christian cinema. And yet, it has some of the same charm that Christianity itself has. It’s deliriously bold. Deliciously strange. Truly sincere. And, in its worldly trappings, deeply flawed. But maybe, in spite of its imperfections, perhaps the flick will plant a seed in someone’s life—and keep them from being … well, you know. 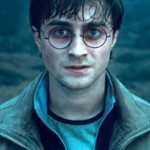 September 30, 2014
Someone Rewrites Harry Potter as Christian Story … Except It Already Was
Next Post 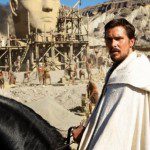 October 6, 2014 Are You Excited for Exodus: Gods and Kings?
Recent Comments
0 | Leave a Comment
Browse Our Archives
Related posts from Watching God