Jupiter Ascending: Some Weighty Messages (in a Mess of a Movie)

Jupiter Ascending: Some Weighty Messages (in a Mess of a Movie) February 9, 2015 Paul Asay

Jupiter Ascending, the Wachowski siblings’ newest sci-fi romp, hasn’t exactly wowed us. Critics hated it. It bombed at the box office I didn’t like it much, either. Sure, it looked pretty impressive—but so does a tornado. Doesn’t mean you want to be in the middle of one.

But while the flick didn’t hold together very well for me, Jupiter still has a bit of (ahem) gravity to it. 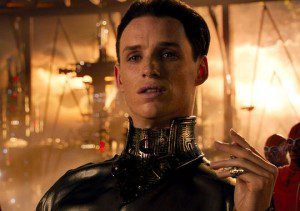 The Abrasax siblings are some of the richest folks in the galaxy. And like most oligarchs who wear gold-plated slippers, their fortunes seem to be fairly self-perpetuating. Each of the three owns a litany of planets that are treated like globular farms. They plant seeds of humanity on each one. They wait a hundred-thousand years or so. And then, when the planet teeters on the brink of not being able to sustain itself, the Abrasax “harvest” it—killing every living human soul in order to create a gene-filled tonic that is, essentially, the secret to eternal youth. This tonic ain’t cheap, of course. But if you’re rich, you can live a mighty long time. The Abrasax sibs are tens of thousands of years old—even though they don’t look a day over a millennia.

They inhabit a galaxy where life itself is nothing more than a set of building blocks—genes for the haves to play with at will. One guy has had his genes spliced with a wolf. Another has a bit of bee in him. Never mind that these genetic mutants were once human, just as the Abrasax are. Or that the Abrasax are killing their own genetic kind so they can still rock the red carpet a thousand years from now.  “Some lives will always matter more than others,” says the big bad Balem Abrasax (Eddie Redmayne).

It’s the sort of message that sounds completely bereft of morality … and yet, sometimes I wonder if we secretly believe it.

We live in an age wherein one percent of the world’s population will soon control half the world’s wealth and more kids want to be a celebrity than an astronaut. We are fascinated by the rich and famous. Some would say we obsess over them. There are people who spend hundreds of thousands of dollars on plastic surgery to look like their favorite stars. News organs know that click-friendly celebrity news is the way to stay afloat—not cogent analysis of the deficit or commentary on climate change.

Last week, sports icon/reality star Bruce Jenner was involved in an auto accident and his name was plastered across the Internet. Jenner was uninjured. Now, how many of us know the name of the person who died in the same accident? (I just looked it up: Kim Howe.)

A season or two back in Louis C.K.’s show Louie, a fictional newscaster talks about how Hurricane Jasmine Forsythe ripped through Miami and killed LeBron James—mentioning that the hurricane also “destroyed 90 percent of the Florida peninsula” in passing. “Once again, we’re reporting the sad death of LeBron James,” the newscaster tells us. “And the rest of the Miami Heat. And 12 million other people.” 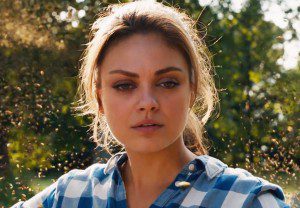 Jupiter Jones (Mila Kunis), if she lived in Miami, would be one of those 12 million. Her life doesn’t have much bling, really. She’s a dispirited maid who scrubs toilets for Chicago’s rich and famous. Her life doesn’t matter much.

Except, of course, it does.

Turns out, she’s the exact genetic clone of Balem’s dearly departed mother. And that mother—cagey Abrasax that she is—willed herself (or genetic equivalent thereof) the earth. This irks Balem to no end, given that the planet was getting close to its harvest date, and Jupiter won’t allow mass extermination on her home planet.

Balem sees how she thinks, so he kidnaps Jupiter’s family and tells her that, unless she signs over the earth, he’ll execute the lot. If she caves, Balem guarantees that she and her family will be safe: Sure, the harvesting will still take place, but long after she and her kin have all died from old age.

It’s a horrible, if tempting offer. After all, the lives of those we’re closest to mean a great deal more to us than the faceless, nameless masses. Let’s be honest: A fatal plane crash doesn’t impact us much … unless we might know someone on board. About 7.6 million people die of cancer every year, but that devastating stat doesn’t hit home unless we know someone in that 7.6 million. Suddenly, the disease takes on a horror that we didn’t, and perhaps couldn’t, conceive.

Some lives will always matter more than others, Balem said. And Jupiter feels the horrific truth of that statement. Which of us, seeing our mothers and brothers and spouses and sons in peril, wouldn’t at least consider—if just for an instant—making that horrible choice?

Of course, making such a choice would nearly as selfish as what Balem and his kin have been doing for centuries. And Jupiter, to the movie’s credit, makes the right choice. One life is not worth more than another, she tells us. Every life is precious. Every life is sacred. 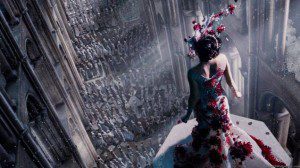 It’s important to note that Jupiter Ascending undercuts its own message a bit. Jupiter is galactic royalty—a woman set aside from the masses by genetic luck. As such, She is special, the movie tells us. If only we were so lucky to win this cosmic lottery.

But in God’s calculus, we’re all Jupiter. Yes, we all live in a fallen world, and we’re fallen ourselves. We made a mess of things, so it’s only fitting we should clean toilets. And yet, hidden inside each of us is the spark of God’s once-perfect creation. We are more treasured than diamonds, more precious than platinum. We are made in His image, and He loves us.

As Jupiter Ascending opens, we hear Jupiter’s father revel in the night’s panorama of stars. “Tonight, the sky is completely full of miracles!” he tells us. And you know what? The earth is, too. 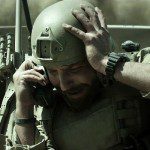 February 6, 2015
All the Best Picture Nominees Have Something in Common
Next Post 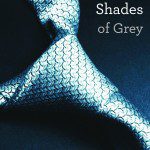 February 11, 2015 Fifty Shades? Religious Groups Color New Movie Just Plain Bad
Recent Comments
0 | Leave a Comment
"Thanks, BrowserPhil ... so embarrassing. Aravis was from The Horse and His Boy, right?"
Paul Asay Narnia Comes to ‘The Falcon and ..."
"Please replace Aravis with Jadis. :-)"
BrowserPhil Narnia Comes to ‘The Falcon and ..."
"I know that the first film on this list not explicitly about Christian faith, Denis ..."
Robert Charles The 12 Best Non-Christian Christian Movies ..."
"The author, starts the article with a dismissive/arrogant affirmation unto all that are worthy to ..."
oscar deltoro ‘I’m Just Fascinated by It.’ Morgan ..."
Browse Our Archives
get the latest updates from
Watching God
and the Patheos
Entertainment
Channel
POPULAR AT PATHEOS Entertainment
1

Box office: Christmas with The Chosen...
FilmChat
Books by This Author Books by Paul Asay