God on the Small Screen: Last Man on Earth and House of Cards 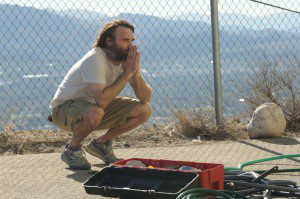 I think Google is trying to get me to de-convert.

It seems that way, at any rate. I check out Google’s news feed just about every day and, since I write a lot about religion, I’ve trained Google to grab religion stories and bring them to my desktop.

But oddly, most of them seem to be about getting out of religion, not about religion itself.

“Americans are turning away from organized religion in record numbers,” reads the first item on my religion news feed. “Unthinkable: Is religion just a matter of taste?” is the second. Stories ask, “Is there any case for religion?” and discuss “Religion’s new atheist scapegoat.” And this is not an unusual day for my news feed.

Perhaps it’s just the result of me having clicked on too many atheist-centric stories in the past. Or maybe it’s a sign of a growing secularism within the news media. Or, possibly, Google has secretly become conscious and is setting the groundwork for declaring itself as an all-knowing, all-powerful deity.

But I do find it odd that, when I’m actively looking for religion I find atheism. Yet, when I’m watching TV, I find religion.

Take The Last Man on Earth, Fox’s new dystopian comedy (two words I hardly ever use together, by the way). Will Forte plays the titular Man—a guy named Phil who’s looking for purpose on a planet on which humanity’s been almost completely scrubbed away.

Now, if we were living in such a “last man” scenario, most of us would be having some pretty long discussions with our Creator. We know that’s what Noah did the last time something like this happened, according to Genesis. In fact when we first meet Phil, he’s chatting with God (though admittedly blaming Him for his situation). And when God doesn’t talk back, Phil commits a Noah-like act: He gets stinkin’ drunk.

Phil’s relationship with God is a bit casual. But Carol—perhaps the last woman on earth—seems to feel a bit closer to God. She talks about how maybe they were “chosen” to keep the human race alive, and she refuses to have sex with Phil until they’re married.

Now, Carol’s a bit of a self-righteous pill. But here’s the thing: Both she and Phil (to a lesser extent) believe there may be a reason that they were, for lack of a better phrase, left behind. And when both are about to lose that faith, they save each other. 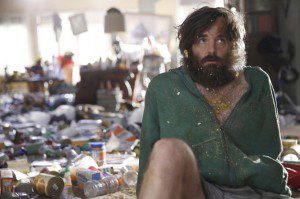 Phil, after a year of searching and unbridled, lonely hedonism, comes to a depressing conclusion: “Having other people around really makes life worth living,” he says—which is quite true. So having no one to share his life with, he decides to kill himself by crashing into a big rock. But right before he makes impact, he sees smoke over the ridge—evidence that he’s not alone after all. It’s almost like God sent her at exactly the right moment.

Phil’s loneliness, and this timely arrival of a companion, reminds me of a passage in Genesis 2, where God says that it’s not good for man to be alone and promises to make Adam a “helper suitable for him.” And she does try to help Phil. In fact, she even tells him that she’s on a mission to clean out his soul. And even though Phil doesn’t want the help, he could sure use it. Isn’t that the way all of us are sometimes?

But it’s hard to help someone who simply refuses it, and eventually Carol loses heart. She loses, in a way, her faith. “We weren’t chosen,” she tells Phil as she prepares to go to the bathroom in a fountain. “We were forgotten.”

How often do we hear Psalmists cry out to God about being forgotten or forsaken? The answer is lots. Carol’s ache isn’t unfamiliar to God. And sooner or later, He answers those cries—often in unexpected ways.

In this case, Phil hears Carol’s sad lament and opts to restore her faith and hope—and he does so by finding a way to water her garden. And while the garden’s not exactly Eden, it’s the best they can do at the moment.

“And now these three remain,” Paul wrote in 1 Corinthians, “faith, hope and love. But the greatest of these is love.”

The Last Man on Earth is pretty crass at times. I note all of that in my Plugged In review. But it’s interesting that Paul’s Big Three—faith, hope and love—were critical to its first episode.

The same cannot be said for House of Cards. Frank Underwood, the horrifically duplicitous politician from the Netflix series, has little use for any of ’em. And yet, spirituality was a huge component of Chapter 30, which I also just reviewed.

In this episode—the fourth of the just-released third season—Frank, now President of the United States, seems to be feeling a few small inklings of humanity. He’s moved when he’s forced to bury three soldiers whom he sent to their deaths. He’s bawled out by a man who was severely wounded by one of his drone strikes. Shaken, Frank goes to church—and becomes a part of one of the most interesting ruminations on faith I’ve seen on TV.

In church, Frank discusses justice with the archbishop, and the difference between God’s law and man’s law. Frank’s particularly focused on the directive “thou shalt not kill,” which the archbishop uses as an example that even God’s laws require interpretation: After all, there’s lots of killing in the Bible. (He could’ve launched into the definition of unlawful killing as understood in the Bible, and that some translate the commandment more accurately as “thou shalt not murder,” but whatever.) 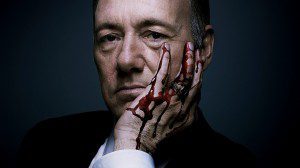 And then, when Frank admits that he understands the powerful Old Testament depiction of God so much better than the God we see in Jesus, the archbishop discusses the power of love. How Jesus loved the Romans and how we’re all called to love even those who persecute us—a deeply uncomfortable spiritual truth for Frank.

“It’s not your place to determine what version of God you like best,” the archbishop tells Frank. “It’s not your duty to serve this country alone, and it better not be your goal to simply serve yourself. You serve the Lord. And through Him you serve others.”

And then he ends with this: “You weren’t chosen, Mr. President. Only He was.” And the archbishop points to the crucified image of Christ.

It’s a particularly fascinating line for me, coming off the heels of watching The Last Man on Earth, where Carol talks about how she and Phil were “chosen” to rekindle humanity.

To my way of thinking, both shows have an element of truth in them. I think that God does choose us. “For I know the plans I have for you,” He tells us in Jeremiah 29:11, “plans to prosper you and not to harm you, plans to give you hope and a future.” It’s a beautiful verse when you think about it for The Last Man Standing.

But we also must choose God. “You serve the Lord,” the archbishop tells Frank. “And through Him you serve others.”

Frank, naturally, chooses a different direction. When the archbishop leaves, Frank turns his attention to the crucifix. “Love?” he drawls. “That’s what you’re selling? Well, I don’t buy it.” And he spits on the statue … right before it slips and falls and shatters at his feet. It is, perhaps, symbolic of the final break he makes with what is good and merciful. He chooses to place his trust elsewhere. And Frank Underwood—whose last name could well be the name of a demon in C.S. Lewis’ The Screwtape Letters—stalks through the shadowed church, carrying a shard from the crucifix.

It’s telling, perhaps, that the bit of the crucifix he walked out with was an ear—the same bit of anatomy that Peter cut from the servant of the high priest, the same ear that Jesus touched and healed. “But this is your hour—when darkness reigns,” Jesus said then. But we all know what follows. 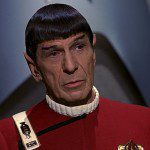 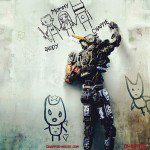 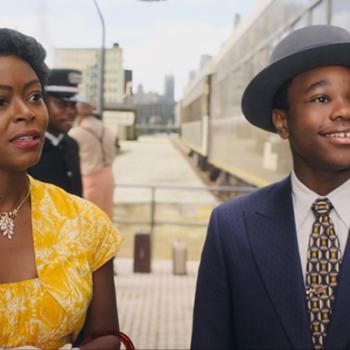 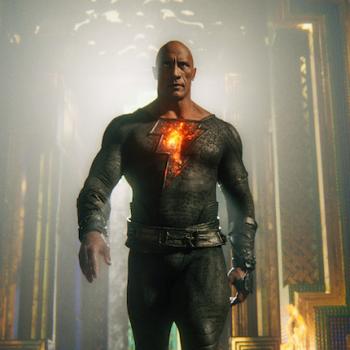 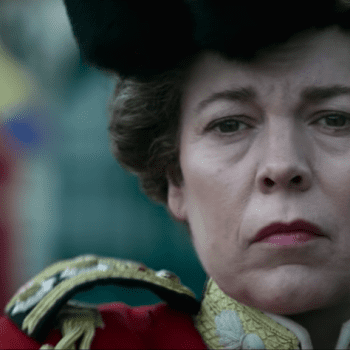 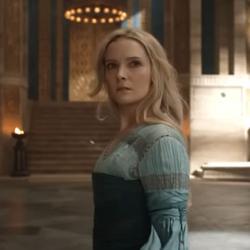 Entertainment
There's a Touch of Tolkien’s Faith in The...
Watching God
TRENDING AT PATHEOS Entertainment