Mad Max and the Furious Road to Redemption

Mad Max and the Furious Road to Redemption May 18, 2015 Paul Asay 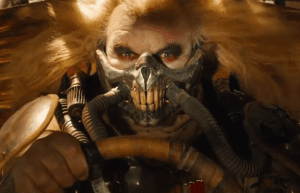 We Christians talk a lot about our broken world. And let me tell you, worlds don’t look much more broken than they do in the Mad Max movies. So given all that brokenness, maybe it’s not so surprising that religion and faith are important thematic elements in Mad Max: Fury Road.

Through muscle, cruelty and a convenient monopoly on water, Immortan Joe has appointed himself as savior to his portion of parched land. He lives on high in a pillar of rock, sometimes spilling water to the thirsty masses below. “It is from my hand that you will rise from the ashes of this world!” He tells them, but it’s a lie. He hoards his liquid wealth like a dragon, destroying anyone who would dare take it—or anything else that belongs to him—away. He is the only god in this apparently God-forsaken place. Worship me, he says, or die.

And so the people worship, in their own way. His parched plebians are simply too desperate to do much else. But Joe has some true believers in his employ, too: War Boys, they’re called—bleating, bleach-skinned zealots who believe that Joe holds the keys to the afterlife of Valhalla. If they fight well and die for him, he’ll grant them access to a world far better than the one they live in now. The War Boys are Joe’s very own dystopian suicide bombers. Sheep for his altar. 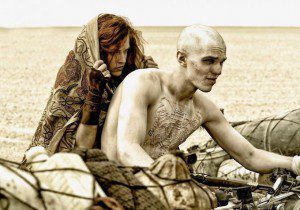 Nux is Immortan Joe’s most devoted little lamb. If Joe so much as looks at him, he swoons like a teen girl at a One Direction concert.  There’s nothing he’d rather do than die gloriously in Immortan Joe’s unholy cause and be swept up to Valhalla, where everything is “shiny and chrome.”

But not everyone in Joe’s stone tower is a true believer. Imperator Furiosa, Joe’s trusted general who leads the War Boys into battle, pines not for Valhalla, but the “green place of many mothers,” a land across the sand and rocks where water burbles freely and things actually grow.

Despite its name, Mad Max: Fury Road isn’t really about Max at all. It’s about these two characters—Nux and Furiosa—and their quest for salvation.

They use the language of faith to express their yearnings. Nux believes he’s destined to die a martyr for Joe’s unholy cause. And when he survives once on this brutal road of war, he falls into a serious funk—the sort of despair that can only come from losing your religion.

“I thought I was saved for something great,” he confesses.

Furiosa isn’t looking for a glorious afterlife, but she’s still on a pilgrimage of sorts—a journey of redemption. Like the pilgrims of old, she sacrifices much until she’s whittled to her essence. The fact that she’s leading a clutch of innocents with her only adds to the sacrificial, spiritual sense of her journey: In her search for this place of many mothers, she becomes a mother herself—full of the no-nonsense, sacrificial love that practically defines the job. 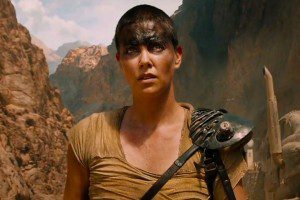 But Furiosa’s own search for heaven goes awry, too. Her “green place” is just as horrific as every other place she’s been to. And when she runs into a handful of “many mothers” who, just like everyone else, are simply trying to survive in the sand, she falls to her knees and screams.

Nux pins his faith in a faulty god, Furiosa on a half-remembered heaven. They’re looking for salvation in the wrong places. Just like so many of us.

Max serves as the voice of dystopian pragmatism here. He’s not seeking heaven. If there’s a green place somewhere, great—but he’s not counting on it. This world, and his experiences in it, haven’t given the guy a whole lot of reasons to hope.  “You know hope is a mistake,” he tells Furiosa. “If you can’t fix what’s broken, you’ll go insane.”

And, for a minute, it looks like Max could be right. When both Nux and Furiosa fail to fix what’s broken—when they find their hopes were pinned to the wrong things—they’re crushed.

But here the movie takes an interesting turn: Backward, back down Fury Road. And suddenly, it’s Max who seems to have a little hope. He suggests reversing course to Immortan Joe’s citadel (now conveniently undefended)—a place full of water and food and possibility. Furiosa becomes an apocalyptic Dorothy who went all the way to Oz and discovered there’s no place like home, and that everything she was looking for was there, in this dusty Kansas, all the while. She finds her redemption and winds up not just saving herself, but a whole bunch of people besides. 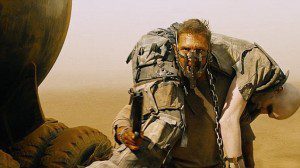 And Nux … well, let’s just say there’s a suggestion that he might’ve indeed been saved for a special purpose—not as a martyr for Joe’s wacky religion, but as a lamb-like savior for the people he loves. (Interesting, in this context, that is skin is so snowy white.)

Max is wrong: Hope is not a mistake. Turns out, hope was the only thing that helped push Furiosa and Nux past their own brokenness, and gave them faith in a brighter world that they never, at the outset, imagined. Hope gave this frenetic story its redemption.

“For in this hope we were saved,” Paul writes in Romans. “Now hope that is seen is not hope. For who hopes for what he sees?”

At first, Nux and Furiosa both hook their hope on what they can “see”—Nux on Immortan Joe, Furiosa on her memories of a paradise long gone. But when that false hope is crushed, they find a different sort of hope, one grounded in love and sacrifice. And in this hope, in their own ways, both are saved. 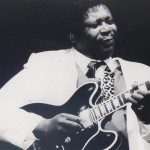 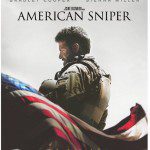 May 19, 2015 Win a Copy of American Sniper on Video!
Recent Comments
0 | Leave a Comment
"Thanks, BrowserPhil ... so embarrassing. Aravis was from The Horse and His Boy, right?"
Paul Asay Narnia Comes to ‘The Falcon and ..."
"Please replace Aravis with Jadis. :-)"
BrowserPhil Narnia Comes to ‘The Falcon and ..."
"I know that the first film on this list not explicitly about Christian faith, Denis ..."
Robert Charles The 12 Best Non-Christian Christian Movies ..."
"The author, starts the article with a dismissive/arrogant affirmation unto all that are worthy to ..."
oscar deltoro ‘I’m Just Fascinated by It.’ Morgan ..."
Browse Our Archives
get the latest updates from
Watching God
and the Patheos
Entertainment
Channel
POPULAR AT PATHEOS Entertainment
1