Looking Inside Inside Out 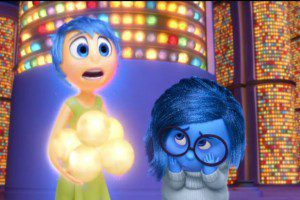 Pixar is like the Christmas morning of movie studios, but without the inevitable disappointment. Almost every year, it seems, we unwrap our newest gift from the studio. And almost every year, Pixar gives us just what we always wanted—even if we didn’t know we wanted it.

Inside Out is, so far, my favorite movie of the year. It’s a beautiful, thoughtful, emotional film that can stand shoulder-to-shoulder with Up and The Incredibles and not look a bit out of place. It’s as ambitious a “cartoon” as I think I’ve ever seen, delving into our scientific understanding of how our brains work, and yet doing so with grace and wit and a sense of fun.

First, some background: The prime player in Inside Out is an 11-year-old girl named Riley and the five critical emotions at work in Riley’s noggin: Joy, Sadness, Fear, Anger and Disgust. Riley, we learn, is a product of those emotions and the memories they help color. Riley’s experiences manufacture thousands of these memories every day (they look like oversized, glowing marbles). And since Riley’s a pretty happy girl with a caring, stable home, most of them are tinged with Joy’s glowing yellow.  Every now and then, a super-critical memory is created—one that lies at the core of who Riley is. In the movie, these memories create “islands” of values and self-identity: A memory of her scoring her first hockey goal fosters an entire island dedicated to the sport. Another memory, when she told the truth in a difficult spot, helped sprout an island of honesty. And as time goes on, Riley becomes ever more her well-adjusted self. 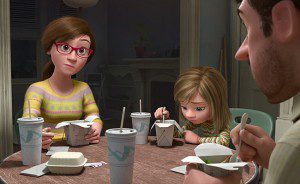 But when Riley and her family move across the country, she kinda loses her mind. Or, at least, parts of it. Joy and Sadness, along with all of Riley’s core memories, are sucked out of the control tower, leaving Fear, Anger and Disgust in reluctant charge.

There’s been a lot written about the science behind Inside Out already. And I’ve written, briefly, on the movie’s beautifully responsible, poignant message: There’s more to life than happiness, and when we learn to accept and even embrace sad moments in our lives, it helps pave the way for a deeper sort of joy. I love that. Our culture often tells us that happiness is normative and any sort of discomfort or pain we feel is bad. The fact that Sadness turns out to be the hero of Inside Out is pretty remarkable and, for an introspective guy like me, deeply satisfying.

But ever since I saw Inside Out, I’ve been noodling on my own core memories and, for lack of a better phrase, Islands of Value. What moments were critical to making me who I am? What Islands do I have? And where does my faith fit?

You’d assume that faith and religion would form a pretty big island in my psyche, given what I do, and that my core memories associated with would be, like Riley’s happiest memories, tinged by Joy. But the truth is more complex. And frankly, I wonder if that’s the case for many of us.

I am a Christian because it makes sense to me. But that belief is not bolstered by scads of sunny yellow memories. If Pixar illustrated my experiences with religion, it’d look more like an emotional rainbow. I’ve felt sad and alone in youth group. I’ve been scared to fail in my religious walk. I’ve been angry and disgusted sometimes with what my fellow Christians have said or done. Sure, I’ve had some moments of pure religious joy, too. But often, religion has left me feeling fretful and ashamed.

When things went awry with Riley in Inside Out, her islands crumbled. Her love of hockey was temporarily destroyed when she felt like she’d lost the ability to play. Her island of honesty fell into oblivion when she misled her parents, stealing a credit card to buy a bus ticket back “home.”

Polls say that religion is losing its power in 21st Century America. A growing number of people, particularly young people, are leaving the faith they were raised in for something else, or nothing else. Nearly 23 percent of us now claim to be unaffiliated, according to the Pew Research Center—a rise of 6.7 percent.

I wonder what percentage of those unaffiliated Americans were hurt by religion. I wonder how many felt alone in a church full of people. How many felt unfairly judged. Those sorts of experiences—those angry or fearful memories—can crush an island, I think. Or turn it into a place that no one would particularly like to visit. Sometimes, it’s hard to see the beauty of God when His not-so-attractive followers get in the way. 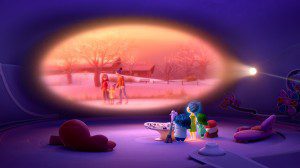 But maybe faith shouldn’t be an island at all.

I’m lucky. While my purely religious memories have been mixed, my faith spills over into most of my other islands: talking theology with family and friends. Feeling God’s presence on long hikes. Praying while running. Reading Paradise Lost or The Chronicles of Narnia. And now, as part of my job, I get a chance to explore God through some of my other passions: movies and entertainment and in the wider world around us.

I don’t think faith should be an island. If God really is our Creator, if He is the author of our lives, He should really have a place on every island, right? 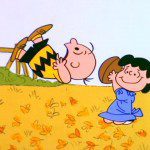 June 25, 2015 Taking a Pilgrimage With Phil Cousineau
Recent Comments
0 | Leave a Comment
"Thanks, BrowserPhil ... so embarrassing. Aravis was from The Horse and His Boy, right?"
Paul Asay Narnia Comes to ‘The Falcon and ..."
"Please replace Aravis with Jadis. :-)"
BrowserPhil Narnia Comes to ‘The Falcon and ..."
"I know that the first film on this list not explicitly about Christian faith, Denis ..."
Robert Charles The 12 Best Non-Christian Christian Movies ..."
"The author, starts the article with a dismissive/arrogant affirmation unto all that are worthy to ..."
oscar deltoro ‘I’m Just Fascinated by It.’ Morgan ..."
Browse Our Archives
get the latest updates from
Watching God
and the Patheos
Entertainment
Channel
POPULAR AT PATHEOS Entertainment
1