The Season of the Sorta-Secular Christian Movie

The Season of the Sorta-Secular Christian Movie September 18, 2015 Paul Asay

Last year was called the year of the faith-based movie, and in a lot of ways, it was. Three straight-up Christian flicks (Heaven is for Real, God’s Not Dead and Son of God) each made more than $50 million. Another two movies theoretically made with a faith-based audience in mind—Noah and Exodus: Gods and Kings—banked even more. Only problem: Secular audiences had no use for the former, and most evangelical Christians kinda hated the latter.

This fall, though, we’re about to see a different sort of faith-based movie in theaters. And it’ll be an interesting gauge whether Christians can get excited about “Christian” movies that don’t feel like Christian movies.

Up first: Captive, released this very day. The movie’s stars, David Oyelowo (who was robbed of an Oscar nom in Selma), and House of Cards’ Kate Mara, aren’t the sort you’d expect to show up in a Christian movie—but then again, this doesn’t feel like your typical Christian movie, either.  It’s a rough, story dealing with messy subjects and involving not a small amount of tension. Yet Captive is unquestionably a Christian story—so ridiculously Christian, in fact, that most faith-based filmmakers would’ve rejected it out of hand for being way too improbable had it not been absolutely true.

In 2005, Brian Nichols (Oyelowo)—on trial for rape—escaped from an Atlanta courthouse, killing four people en route to the apartment of Ashley Smith (Mara). He held Smith hostage for seven hours, and no one would’ve been surprised had he killed her, too. But during their time together, Smith read portions of Rick Warren’s Christian bestseller The Purpose Driven Live, and he eventually let her go.

Oyelowo is an outspoken Christian. But he had no desire to make a typical Christian movie.

“Yes I’m a Christian myself, but I’m not particularly interested in quote-unquote preaching to the choir,” Oyelowo told the Los Angeles Times. “I am a big believer in the potency of artistic endeavor at its highest. To proselyte through your storytelling is not good storytelling.”

And then there’s The 33, to be released Nov. 13. It’s another true story, this one focused on the Chilean miners who were trapped in a mine for a staggering 69 days before they were finally—some would say miraculously—rescued.

It’s technically a secular movie, this one from Warner Brothers. Starring Antonio Banderas, Lou Diamond Phillips and Academy Award-winner Juliette Binoche, The 33 has the pedigree of a solid independent film. But it doesn’t shy away from the deep faith of many of the miners (it even features a wayward miner finding salvation) or the fact that many saw divine providence in the rescue.

“We realized we had only one alternative, and that was God Himself,” said miner Jose Henriquez, known by his fellow miners as “the pastor,” said at the 2011 National Prayer Breakfast in Washington D.C.

For a movie-lover like me, this is a pretty encouraging trend. While traditional Christian movies are getting better (and, obviously, some have even found financial success), most  are still not flicks you’d invite your agnostic friends to without blushing a bit.  And when secular studios try to woo Christians with big-budget epics and powerhouse directors (Darren Aronofsky directed Noah, and Ridley Scott helmed Exodus), they often show a certain tin ear when it comes to what most evangelical Christians actually want to see.

The fact that it’s a little hard to classify both of these movies as straight-up “Christian” or flat-out “secular” is encouraging, too. Captive is a Christian movie that honors the art. The 33 is a secular movie that honors the story’s intrinsic spiritual backbone. These fall movies not only take faith seriously, but they’re seriously watchable, too.

But will anyone watch them? These are smaller movies, after all—not superhero-laden blockbusters guaranteed to make 16 bazillion dollars. And while faith-centric moviegoers have shown a willingness to go to theaters if they have something to see, they can be a pretty persnickety bunch. And neither movie is as squeaky clean as some Christians demand.

“[Captive is] a little bit messy,” admits Captive co-producer Terry Botwick to the LA Times. “But that’s where the truth of it is.”

And that, I think, is often where the truth is often found: In the mess. Christianity was founded on a messy execution, after all. The world in which Jesus walked was hardly pristine. As Christians, I don’t believe that we’re supposed to ignore the grit and grime of the world, but rather see it clearly and do something about it.

Christian movies shouldn’t be needlessly gratuitous. But I’d argue they don’t need to be ruthlessly sanitized, either. There will always be space in Christian cinema circles for strong, clean, inspiring Christian stories. But I’m hoping there’s a future for unapologetic faith-based movies with a little grit, too. 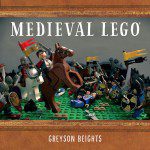 September 14, 2015
The Dark Ages, Told in Bright Blocks
Next Post 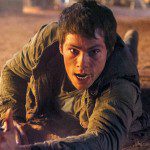 September 21, 2015 The Scorch Trials: WCKD's Road of Good Intentions
Recent Comments
0 | Leave a Comment
Browse Our Archives
get the latest updates from
Watching God
and the Patheos
Entertainment
Channel
POPULAR AT PATHEOS Entertainment
1