War Room is this year’s Christian smash. Its core evangelical audience has helped the Kendrick Brothers film make $67 million, and it’s not done yet.

But while War Room is unquestionably 2015’s most successful Christian movie, it’s not the best. If I was voting, that honor would go to Room—a small, searing, R-rated film that’s earned all of $400,000 so far and on the surface doesn’t seem Christian at all.

Certainly Room’s pedigree is, by conservative Christian standards, suspect. It’s not financed by a church or faith-based organization. The original book was written by lesbian playwright and novelist Emma Donoghue. And while Donoghue is Christian and the novel was filled with spiritual touchstones, most of those were apparently stripped out by Director Lenny Abrahamson, whom Donoghue describes as a “fervent atheist” (in an interview with Patheos’ own FilmChat blog).

“So he dropped the Christian elements completely, but I think the story still works,” Donoghue said.

Frankly, I think the story still works as a Christian story, too. Let’s unpack a bit.

We enter the story on Jack’s fifth birthday. Jack—a little boy with long, dark hair—is a charming, healthy kid, full of wonder and thought and unbridled energy. But he’s never been outside: He’s never even seen it. The only place he’s ever known is Room, a cramped space he shares with Ma. He’s never seen a dog or a cat or a tree. And at first, Ma suggests that there is nothing else: It’s just the two of them, in this tiny, dirty world.

Well, except for Old Nick.

They don’t know the man’s real name, actually. Ma knows him as her captor—the man who abducted her and who, for seven years, has kept her as a sex slave. Jack knows very little about Nick: His mother makes him hide in his wardrobe/bedroom whenever the man visits.

It seems like it’d be a horrible life, trapped in Room by such a wicked, evil man. And, of course, it is. The name “Old Nick” in fact, has been synonymous with Satan for centuries, and there’s little question that Ma (given name Joy) must feel like she’s in hell. She tells Jack that, before he came, she was as good as dead—hopeless and despondent, that she “cried and cried all day.” But when Jack “came from heaven,” everything changed.

Now the phrase “came from heaven” is an interesting one. I took that phrase at first as just Ma telling Jack a version of the stork story, one that conveys to Jack how precious and special he is to her.But Ma doesn’t divert from that story, even when she doesn’t think Jack is listening. We know that Nick must be Jack’s father. And yet, when she does a television interview after they escape, she absolutely denies her captor had anything to do with her little boy. “Jack is nobody’s but mine,” she insists.

Now psychologically, we can understand why Joy would want, and perhaps need, to distance the boy she loves from this man she has all sorts of reasons to hate. But in terms of the symbolism, it brings us to a powerful juncture: Ma is locked in a world controlled by Old Nick—again, a longtime nickname for Satan. But in the midst of her misery, God sends her a gift—child that is free (in Ma’s eyes) from the sin of this world, a child wholly innocent. And a child who changes her whole life.

Old Nick doesn’t care a whit for the boy. But when Jack turns 5, he asks Joy about him—how’s he going, how big he must be. And the next time Nick visits, he leaves a present, a red fire truck (something that one might be analogous, if we wanted to stretch things, to a temptation in the wilderness).

The next evening, Jack steps outside his wardrobe door and sees Nick for the first time. Joy, not wanting Nick to even touch her innocent child, fights like crazy to keep Nick away. In retaliation, Nick nearly chokes her to death and, later turns off the heat to Room. Joy and Jack nearly freeze. But as horrible as that is (and it is), it proves to be a catalyst for their escape.

The day after the heat’s back on, Joy forces Jack to pretend like he’s seriously ill, hoping Nick’ll take Jack to the doctor. When that doesn’t work, she has Jack pretend he’s dead—that Nick killed him with the cold. She wraps him in a rug, and when Nick arrives, she’s weeping, hysterical. Feeling confused, and maybe even a bit guilty, Nick picks up the rug and carries it to the bed of his red truck, knowing he’ll need to find a place to bury the body.

Jack—terrified and pretty confused himself—has been instructed to leap from the truck and make his escape as soon as Nick comes to a full stop. But it’s hard for him to wriggle free from the rug, and when he finally does, he’s bowled over by the sky, the trees, all these things he’s never actually seen before. But he finally does leap from the truck and escape, and Jack later tells a police officer that he made the jump after the truck had stopped three times—enough of a clue to give the police a general sense of where Nick’s house was … and where to rescue Ma.

So what do we have here? A story in which someone as innocent as a lamb was killed—sacrificed—because of sin. He was buried. He rose again (in three stops), defeated Old Nick and proved to be, quite literally, a savior.

There’s another thread in the movie that’s pretty resonant for me—why Jack decides to cut off his long hair that he believes gives him strength, like Sampson. But that gets into some spoilers and, hopefully, I’ll have more excuses to write about Room down the road. For now, we’ll leave it with these echoes of Christian holidays, of Christmas and Easter.

Sure, maybe technically Room is not a Christian movie. It’s not advertised as such. I doubt many will call it such. But I haven’t seen a movie that made me think about faith in such a powerful, poignant way. And even though it’s rated R, I think it’s worth some Christian praise. 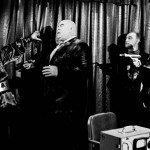 October 23, 2015
How the World's Worst Movie is Technically Christian
Next Post 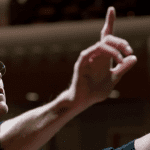 October 29, 2015 Jobsenstein: The Odd Similarities Between Two Very Different Movies
Recent Comments
0 | Leave a Comment
"Too many people don't compromise. They readily give up their souls in order to achieve ..."
Medalcollector In Dark Waters, a Lawyer Trades ..."
"Pain + happiness = poignancy"
Pennybird A Beautiful Day in the Neighborhood ..."
"Who's Arthur? You mean Alfred?And even in the 60's, Cesar Romero's Joker was plenty frightening, ..."
Raymond The Real Horror of Joker
"Sesame Street truly dealt with grief. Mister Hooper."
Raymond A Beautiful Day in the Neighborhood ..."
Browse Our Archives
Follow Us!