A Prayer of Peace in an Age of Rage

I just watched a movie called The Letters, a biopic on the ministry of Mother Teresa’s work in Calcutta. I’ll write a bit more about the film when it officially releases this December, but I thought one scene was worth talking about today.

Late in the film, we see Mother Teresa (Juliet Stevenson) accept the Nobel Peace Prize (which she won in 1979). During her acceptance speech, she quoted a prayer attributed to St. Francis, a friar and preacher who lived in the Middle Ages. The whole prayer reads as follows:

O, Divine Master, grant that I may not so much seek to be consoled as to console; to be understood as to understand; to be loved as to love; For it is in giving that we receive; it is in pardoning that we are pardoned; it is in dying that we are born again to eternal life.

I’ve been thinking about that prayer a lot lately, particularly as I watch Christians debate whether Syrian refugees should be allowed in the country. Whether Starbucks cups are a worthwhile thing to protest.

It’s a difficult prayer—one that’s particularly hard to follow in an age in which outrage seems to be so in vogue It’s so easy to offend today, and so easy to take offense. But then again, Christianity itself is not particularly easy.

Listen, I know that these issues can be complicated. No one wants to mindlessly or needlessly open doors to terrorism, and I suppose there may be a cogent argument as to why red cups are such a terrible thing. But as Christians grapple with serious (and sometimes not-so-serious) issues, it seems to me like Francis’ prayer is a good place to begin.

For more on The Letters visit the Patheos Movie Club here. 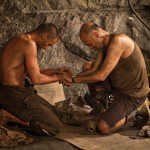 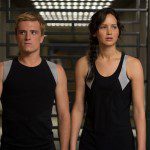 November 20, 2015 Together, Mockingjay's Katniss and Peeta Make a Pretty Good Christ Figure
Recent Comments
0 | Leave a Comment
"Thanks, BrowserPhil ... so embarrassing. Aravis was from The Horse and His Boy, right?"
Paul Asay Narnia Comes to ‘The Falcon and ..."
"Please replace Aravis with Jadis. :-)"
BrowserPhil Narnia Comes to ‘The Falcon and ..."
"I know that the first film on this list not explicitly about Christian faith, Denis ..."
Robert Charles The 12 Best Non-Christian Christian Movies ..."
"The author, starts the article with a dismissive/arrogant affirmation unto all that are worthy to ..."
oscar deltoro ‘I’m Just Fascinated by It.’ Morgan ..."
Browse Our Archives
get the latest from
Watching God
Sign up for our newsletter
POPULAR AT PATHEOS Entertainment
1