Music is inherently spiritual, I believe. It comes from the heart, from the soul, speaking to our deepest pain and our greatest joy. It is an expression not only of our humanity, but our divine roots—our meager creations paying homage to our Creator, expressions of our yearning for the transcendent.

No wonder the Taliban hated music so. Music, as raw and as wonderful as it is, circumvents their meager conceptions of God and somehow taps into a greater, unspoken understanding. 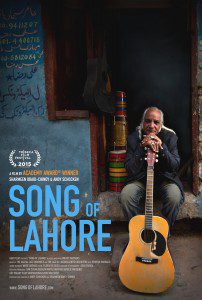 In Song of Lahore, a gorgeous documentary from Broad Green Pictures, we’re taken to Lahore, Pakistan—a city with a rich musical tradition that Islamic extremists did their best to squelch. And while things are returning to normal at the time of the movie’s filming, there aren’t many musicians left in Lahore—and those that remain aren’t always welcome. The artists we meet talk about how some of their fellow musicians were beaten, even killed.

But when a handful of traditional musicians blend their ages-old artistry with American jazz, something truly special happens. A YouTube video of their take on Dave Brubeck’s classic “Take Five” goes viral, and they’re invited to play in New York City.

“We will show the world that Pakistanis are artists, not terrorists,” one says.

It’s not as if the guitarists, the sitar players and the flautists we meet aren’t faithful. They are. Almost every time they speak, they end the sentence with “God willing.” They’re sincere Muslims, it seems. One even laments as to how the Taliban doesn’t really know what Islam is all about.

But the thing that touched me about this doc is the passion for the art that we see here—not just the risks they take to play, but the love they feel for their craft. Music is what bonds fathers to sons, men to their country, souls to their God. It’s not just a livelihood for many of these folks. It’s akin to life itself.

During the course of the movie, we meet flautist Baqar Abbas, a musician whom jazz great Wynton Marsalis has called one of the world’s greatest living musicians. And he doesn’t just play: He makes his instruments by hand, painstakingly crafting each curve and hollowing each hole.

“When you make it with your hands, the flute feels more precious than your own soul,” he says. “Then all the stories of the world will play from it.”

I still have a lot of documentaries on my docket before I start voting for various “best of” lists. But at this point, Song of Lahore is one of the best. 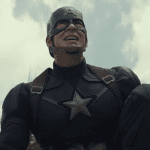 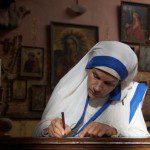 December 2, 2015 Beautiful Darkness: An Interview With William Riead, Director of The Letters
Recent Comments
0 | Leave a Comment
Browse Our Archives
Follow Us!

‘I’m Just Fascinated by It.’ Morgan...
Watching God
Books by This Author Books by Paul Asay