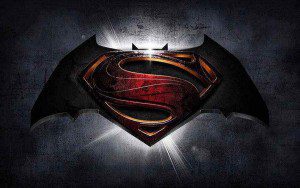 I wanted to like Batman v Superman: Dawn of Justice. I really did. The first superheroes I ever knew were from the D.C. stable, and back when I was 7 years old, my best friend and I played Superman and Batman until our capes practically wore out.

Alas, Batman v Superman felt less like a movie than it did a cynical corporate product—a movie whose primary purpose was to launch a lucrative franchise universe (to compete with Marvel’s litany of superhero titles) than draw moviegoers into an exciting, enthralling story. Sure, Wonder Woman (Gal Gadot) was pretty cool, and I liked the look of the new Batmobile. But for the most part, the superheroes themselves were shallow, two-dimensional creatures. And Batman—never the cheeriest of do-gooders anyway—was a dark, bitter mess. Some of the things that Batman did here made me wonder, frankly, if Director Zack Snyder had a firm grasp of the character, or whether he just read Frank Miller’s uber-dark, non-canonical The Dark Knight Returns and decided, “nope, not bleak enough.”

But as disappointed as I was with the movie, it did have some interesting spiritual elements. Indeed, it may help answer why Warner Brothers decided to release this surefire blockbuster on Easter weekend rather than waiting for the superhero-friendly summer. Turns out, Batman v Superman is a bit of an Easter story itself. (Caution: Spoilers Ahead)

Ever since the movie’s trailers landed online—heck, ever since 2013’s Man of Steel—it was pretty clear that Snyder and Co. were treating Superman (played by Henry Cavill) as more than just a super-strong guy in a red cape: He’s an unmitigated Messiah figure—a visitor from far, far away who has come to save us. When we see him on screen, it’s often on salvific terms: He’s shown hovering in the sunlight like an angel or surrounded by would-be worshippers straining simply to touch his hem. At one point we see an angel or saint depicted in a stained-glass window, draped tellingly in blue and red.

He is, in his own way, a miracle worker—one Snyder uses to echo an altogether more important miracle worker who walked the earth a good 2,000 years earlier.

But the world doesn’t necessarily know how to deal with these strange, powerful visitors. While some worshipped and followed Jesus, others were deeply fearful. Some believed he was possessed or in league with the devil. And the Jewish leaders of the day accused him of not adhering to Mosaic Law.

So it’s fascinating that Superman also is having trouble with the law—not of healing people on the Sabbath, like Jesus, but of saving people without the OK from the State. “In a democracy, good is a conversation, not a unilateral decision,” says Senator Finch (Holly Hunter). Superman, she believes, must be held accountable—even if it seems forcing such accountability would be impossible.

“He will not answer to you,” a critic of Superman tells Finch. “He answers to no one. Not even, I think, to God.”

As Congress holds its hearings, other experts debate Superman’s nature and significance—much as Jews and Romans did of Jesus back in the day. “Maybe he’s not just some sort of a devil or Jesus,” one expert suggests, “but a guy trying to do the right thing.”

Lex Luthor (Jesse Eisenberg) isn’t buying that. He suggests to Finch that Superman is a demon. Suitably attired in red boots. “Devils don’t come from hell beneath us,” he hisses. “Not, they come from the sky.”

But does Lex believe that? Why does he hate Superman so much? It’s not really clear in this murky movie—a fault, I believe, but one that still filters into the spiritual subtext. In Hebrew, Satan means, simply, “adversary,” and Lex Luthor seems to fit that definition here: Perhaps Lex is scared of Superman’s power or loathes his goodness or just doesn’t appreciate his fashion sense. But whatever the reason, the hatred is primal, unquenchable. Lex despises Superman because he must.

Lex refers to Superman repeatedly as a god—often calling him the God. But he’s no believer in a just, loving deity. He’s an antitheist—a stance, it’s suggested, that stemmed from the beatings he suffered at the hands of his father. “If God is all powerful, he cannot be all good,” he says. “And if he is all good, he cannot be all powerful.” He manipulates events so that Superman and Batman will eventually have a showdown to the death: “God versus man,” Lex says. “Day versus night.”

Batman (Ben Affleck), too, has the air of an adversary—looking even a bit devilish himself in his pointy-eared cowl. But the Dark Knight’s motives are not akin to Lex’s pure hatred. It’s more like those of the Pharisees in Jesus’ day, confronted with a Messiah they didn’t expect: Batman’s trying to protect the world as he knows it from a force that he doesn’t. He will persecute Superman because, in Batman’s eyes, Superman needs to be persecuted.

The Passion of the Supes

Superman, like Jesus, winds up submitting to authority—even though, given his abilities, there’s no reason why he has to. He answers a summons to Congress and appears before Finch as a massive crowd of protesters cheer and jeer him outside.

But the “trial,” such as it is, does not go well. Lex makes sure of that. And in the aftermath of the disaster, the world at large begins to doubt Superman’s ultimate goodness. And he’s taken his power elsewhere.

Only temporarily, of course. Circumstances bring him back and force Superman to take an active part in—surprise—saving the world.

But Batman stands in his way. At the Dark Knight’s hands, Superman does bleed. He suffers in a way that you wouldn’t think a god could or should.

But when Superman calls out his mother’s name—Martha—Batman sees Superman in a new light. Yes, Superman’s an alien. Yet, somehow, he’s fully human, too. He sees Supes for, really, the first time—as if scales had fallen from his eyes. And he offers to help the guy.

Together, the two superheroes fly into action against a very disappointed Lex Luthor. “If man, can’t kill god, the devil will do it,” he says, and unleashes a fearsome beast that, unless it’s stopped, will surely destroy the world.

Worse yet, the beast is a creation of Krypton, too—nigh immortal, nigh indestructible, just like Superman himself. Only one thing can kill the beast: Kryptonite. But only one man can bring that bit of kryptonite to the monster’s heart: Superman. How can the Man of Steel defeat this evil without dying himself?

We shan’t get too specific here, but let’s just say that Superman does what Superman has often done since his creation in 1938: He showed a strain of sacrificial love, showing his willingness to die that the world might live.

“This is my world,” Superman tells Lois Lane in the movie’s closing minutes. “You are my world.”

It’s a statement that, again, reflects Jesus’ own sacrifice on the cross. “For God so loved the world,” we’re told in John 3:16, “that he gave his only Son, that whoever believes in him should not perish but have eternal life.” The sacrifice was about the world. But it was also about us. Even if the world had a population of one—you—God still would’ve made the same sacrifice.

Batman v Superman could’ve been better. A lot better. But despite its flaws, I find this spiritual thread in the movie interesting—maybe even a bit redeeming. 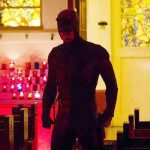 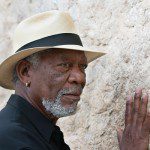