Captain Fantastic, a little indie film out today, is a moving family parable about hippie dad Ben (Viggo Mortensen) and his eclectic family of six, leaving their near-isolation in the Pacific Northwest to attend a funeral.

The funeral is that of Leslie, Ben’s wife and the children’s mother. Though we learn she was raised in a fairly traditional, comfortable Christian home, she became a Buddhist when she and Ben got together. And the last thing she would’ve wanted, Ben says, would be a Christian burial. But Leslie’s father, Jack (Frank Langella), is insistent: Leslie’s funeral will be in the family church—and Ben is not welcome.

But Ben decides that he and his grieving family can’t just accept Jack’s unfair edict. They have to go down and say goodbye. More than that, they have to save her. Not her soul, of course, just her body. But it’s important enough for them to drive all the way to New Mexico to do it.

You should always respect someone’s last wishes and do what you can to fulfill them. Still, the movie’s central premise isn’t exactly a promising one for faith-centric viewers, and Captain Fantastic doesn’t just leave it at that. In many respects, the movie—or at least its central character—is about as angry and dismissive of Christianity as you can get.

Ben unleashes a scree against organized religion, telling Christian congregants that their beliefs are a bunch of oppressive hokum. Ben’s youngest son is aghast that his mother might be buried “underneath that bulls— forever!” When Ben tells his children that they’re never to make fun of anybody, one of his daughters reminds him that they “make fun of Christians.”

And yet Christianity’s influence is always there, even when Ben has worked so hard to escape from it.

Both Leslie and Bo have a love of Bach, whose music was not only supported by organized religion, but inspired by it. “At a reverent performance of music, God is always at hand with his gracious presence,” he once wrote. Christianity Today wrote that Bach was “a theologian who just happened to work with a keyboard.”

During the family’s rigorous reading time, son Rellian reads The Brothers Karamozov, the work of the brilliant and devout Russian writer, Fyodor Dostoyevsky. And the book itself is, in many ways, explicitly about faith—a challenging but ultimately redemptive examination of its inexplicable power.

And indeed, there’s something deeply spiritual about how Ben chooses to raise his family. And his rationale for leaving society would hold deep resonance for many Christians. As I wrote in my Plugged In review:

Ben, in his own way, views the world as a fallen, broken thing. Corrupt. Twisted. And he seeks to raise his kids by teaching them a better way. He wants to protect them from consumerism and society’s base, selfish instincts. He wants to teach his children what (to his mind) our world should value, not what it does.

And so he retreats and raises his family in seclusion—embracing many of the same values that sent Medieval Christians into monasteries: hard work. Discipline. Education. Only God is missing. But even so, Ben might say there’s something sacred at play there in raising this brood of “philosopher kings.” Something almost biblical.

Verse after verse warns the faithful about being too preoccupied with the world and too attached to worldly things. Our focus should be elsewhere, the Bible says. It should be on things eternal. “Do not be conformed to this world, but be transformed by the renewal of your mind,” Paul writes in Romans.

And maybe he has a point.

Most Christians love our stuff. We love our political and social power. As Christianity’s influence wanes in the Western world, we’re loathe to lose it. And sometimes, I believe, we sully the faith we hold so highly in an effort to retain or increase what we have. I’m as guilty as anyone, writing as I am right now on my Apple computer in my comfy chair. If God called me to leave this culture—to live as Ben does—would I follow? Would I even hear? 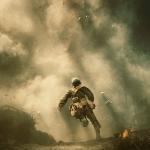 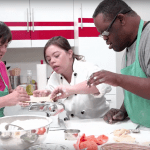 July 24, 2016 Sneak Peek for 'Born This Way,' A&E's Inspirational Show on Down Syndrome
Recent Comments
0 | Leave a Comment
"The author, starts the article with a dismissive/arrogant affirmation unto all that are worthy to ..."
oscar deltoro ‘I’m Just Fascinated by It.’ Morgan ..."
"*tenets*"
eeenok Doc ‘We Believe in Dinosaurs’ Highlights ..."
"“It’s fired imaginations of anyone and everyone who hears it—including me, in fifth grade...”Yes, it ..."
GalapagosPete Doc ‘We Believe in Dinosaurs’ Highlights ..."
"Just seen this movie and loved it. As a Christian, I witness the world’s dysfunctional ..."
James Glover Captain Fantastic: The Anti-Christian Christian Movie
Browse Our Archives
get the latest from
Watching God
Sign up for our newsletter
POPULAR AT PATHEOS Entertainment
1