If you took each hour-long episode of CNN’s Finding Jesus: Faith, Fact Forgery and distilled it to its essence, you’d be left with about a 90-second show.

Take Sunday’s season premiere (airing at 9 p.m. EST and PST), “The Pilate Stone.” It’s centered on a chunk of limestone discovered in 1961 in what was the ancient city of Caesarea. It bears part of a dedication carved between 26 and 37 A.D., and includes the name “Pontius Pilatus,” or Pontius Pilate—proving that Pilate wasn’t just a character from a 2,000-year-old story, but a real, honest-to-goodness human being. And a prefect at that, just like the Bible says he is.

And there you go. Next episode, please!

But none of us read stories just to get to the last five pages or watch movies for their last 10 minutes. It’s not about the end point, but the journey to get there.

CNN may set up each episode with an archaeological discovery or historical mystery, but that’s really just an excuse to unpack a story—to examine a biblical narrative and see it through the eyes of historians, archaeologists and theologians. The series endeavors to give us a sense of time and place where these artifacts were created and the characters lived.

Finding Jesus is neither a sermon for the devout nor a hard-hitting journalistic endeavor for the skeptic. Rather, it gives us an educational, interesting ride through the Gospel and gives its audience something sorely lacking today: a crash course in biblical literacy and history.

It’s gratifying that Finding Jesus found its way to CNN. If it aired on a traditional Christian network, not only would the scholarship be more suspect (rightly or no), but its audience would be much smaller. And let’s face it: Folks who watch prime-time religious programming on CBN are probably not those who need a primer on what’s in the Bible.

The rest of us, whether we’re believers or not, could use a little more understanding of the Bible. After all, it has dominated Western civilization for millennia, and even now its influence is still strong. We see it everywhere, from our laws to literature. But not many people know much about it—and that includes self-identifying Christians. According to a recent study in Great Britain, about 30 percent of parents didn’t know who Adam and Eve were.

Finding Jesus may introduce non-Christians to Bible stories and explain to them why we Christians think they’re so darn important. And for Christians, Finding Jesus tells us something about the historicity of our own faith. It stresses that the stories we read in the Bible aren’t just stories: They lay claim to a piece of history. These people walked in our world, not in some alternate reality, and sometimes we find real, concrete evidence of their passing.

According to the Rev. A.R. Bernard, Senior Pastor and CEO of Brooklyn’s Christian Cultural Center and participant on the show, the fact that Finding Jesus is on CNN “reaches people,” and people who most need to be reached.

“It stirs conversation and I love that.” (You can read more of my interview with Rev. Bernard here.)

CNN seems to know, however, that Finding Jesus will be of most interest to Christians. It does its best to not offend to religious viewers, giving us pious re-creations of biblical narratives and an impressive parade of expert priests and pastors. But while Finding Jesus may sometimes “prove” elements of the Bible—that Pilate was a real guy, for instance—it also can question its stories in other ways.

Why, for instance, was Pilate shown to be so reluctant to execute Jesus in the Gospels—doing so only when his hand was forced by the Jewish community? A couple of experts suggest that it likely had more to do with the political environment when the Gospels were written. Rome, after all, was still firmly in control of the Holy Land at the time: It’d serve little purpose to be needlessly antagonistic.

But for the most part, Finding Jesus does a good job walking the line between science and spirit—holding the show to a high standard of scholasticism without antagonizing the Christians watching.

For me, both a Christian and an admitted history wonk, this is like telegenic catnip. And I’ll be watching the rest of the series. 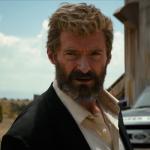 March 2, 2017
Hugh Jackman Leaving Logan Behind (But Not, Apparently, His Faith)
Next Post 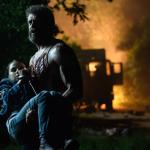 March 6, 2017 Logan is a Christian Fable Disguised as a Superhero Story
Recent Comments
0 | Leave a Comment
"The author, starts the article with a dismissive/arrogant affirmation unto all that are worthy to ..."
oscar deltoro ‘I’m Just Fascinated by It.’ Morgan ..."
"*tenets*"
eeenok Doc ‘We Believe in Dinosaurs’ Highlights ..."
"“It’s fired imaginations of anyone and everyone who hears it—including me, in fifth grade...”Yes, it ..."
GalapagosPete Doc ‘We Believe in Dinosaurs’ Highlights ..."
"Just seen this movie and loved it. As a Christian, I witness the world’s dysfunctional ..."
James Glover Captain Fantastic: The Anti-Christian Christian Movie
Browse Our Archives
get the latest from
Watching God
Sign up for our newsletter
POPULAR AT PATHEOS Entertainment
1