I’ll Push You: ‘God Was Saying I Need to Do This’

The Camino de Santiago—traditionally stretching from the southwest corner of France to the Cathedral of Santiago de Compostela in northwest Spain—has served as a sacred pilgrimage for more than a thousand years. The most famous route runs for about 500 miles through northern Spain, over mountains and plains and some of the most challenging terrain in Western Europe. It’s a severe trial for even the most able-bodied pilgrims.

Imagine being almost completely paralyzed from your shoulders to feet, requiring help to eat and dress and go to the bathroom.

Now, imagine being the guy who promised to push him, all the way through.

Justin Skeesuck and Patrick Gray not only completed the pilgrimage in 2014, but they documented their incredible journey (with the help of co-directors Terry Parish and Chris Karcher) in the movie I’ll Push You, in theaters nationwide for one night only, Nov. 2, as a Fathom Event. It’s a moving, inspirational flick—one made all the more poignant and powerful because its two “stars” are so likable on screen.

Turns out, they’re pretty fun to interview, too.

I had a chance to talk with them recently. They told me they knew the pilgrimage would be full of challenges—not the least of which would be dealing with the film crew following them around. It’s not easy to allow someone to document your most personal moments during a trying 35-day, 500-mile walk. But both were determined to show viewers what the trip was really like, even in its most difficult moments. 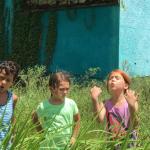 October 27, 2017
The Florida Project: Searching for the Kingdom of Heaven Next to the Magic Kingdom
Next Post 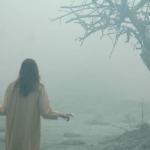 October 31, 2017 Exorcism Of Emily Rose is a Boo-eutiful Halloween Movie
Recent Comments
0 | Leave a Comment
"*tenets*"
eeenok Doc ‘We Believe in Dinosaurs’ Highlights ..."
"“It’s fired imaginations of anyone and everyone who hears it—including me, in fifth grade...”Yes, it ..."
GalapagosPete Doc ‘We Believe in Dinosaurs’ Highlights ..."
"Just seen this movie and loved it. As a Christian, I witness the world’s dysfunctional ..."
James Glover Captain Fantastic: The Anti-Christian Christian Movie
"When I was little, I always have in mind that in future I want to ..."
marvellous Talking Film, Forgiveness and Faith with ..."
Browse Our Archives
Follow Us!