The Incredible Hulk and the Terrific, Terrifying Power of Faith

So, let me admit this right up front: The Hulk is not, as far as I know, a Christ figure. He’s  not a great example of a sinning sinner trying to follow a higher calling. Crazy, right? If you’re familiar with my superhero takes, you’ll know I see that sort of thing a lot.

Bruce Banner never even wanted to be a superhero—at least, not a superhero like Hulk.  In fact, he’s constantly trying to get rid of his superpowers because, as it turns out, they’re super inconvenient.

But while Hulk doesn’t feel like a great spiritual role model or echo of a deep theological truth, the big green guy does say (however oddly) something about the nature of faith itself.

Hulk is maybe comicdom’s first real antihero. Stan Lee pointed to both Frankenstein and Dr. Jekyll/Mr. Hyde as inspirations for his gray-skinned creation (Marvel switched to green in the second issue)—not exactly a couple of Dudley Do-Right role models. Banner’s often seen his Hulk alter-ego more as a curse than a blessing. And in 2008’s The Incredible Hulk, the scientist pursues every avenue he can to kill the thing.

“I don’t want to control it,” Banner (Edward Norton) tells his main squeeze, Betty Ross (Liv Tyler). “I want to get rid of it.”

Banner never wanted it in the first place. Hulk was supposed to be a re-launch of the sort of super-soldier program that gave us Captain America. It didn’t work, obviously: The gamma rays Banner absorbed turned him into something quite different and inherently uncontrollable.

But that doesn’t stop people from trying to control him. Or, barring that, use him. And boy, does he get used. 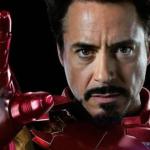 April 6, 2018
Why Iron Man's the Perfect Imperfect Hero
Next Post 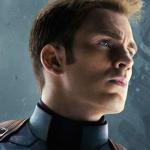 April 18, 2018 Why Captain America Must Die
Recent Comments
0 | Leave a Comment
"*tenets*"
eeenok Doc ‘We Believe in Dinosaurs’ Highlights ..."
"“It’s fired imaginations of anyone and everyone who hears it—including me, in fifth grade...”Yes, it ..."
GalapagosPete Doc ‘We Believe in Dinosaurs’ Highlights ..."
"Just seen this movie and loved it. As a Christian, I witness the world’s dysfunctional ..."
James Glover Captain Fantastic: The Anti-Christian Christian Movie
"When I was little, I always have in mind that in future I want to ..."
marvellous Talking Film, Forgiveness and Faith with ..."
Browse Our Archives
Follow Us!