‘To Live Life in Radical Amazement’: An Interview with Behold the Earth Director David Conover

We live in some crazy times. In the United States, we may be as divided as I can ever remember, and no division seems perhaps as stringent as the divide today between science and faith.

But it wasn’t always so.

“There was a time in the mid-1800s, the great revival movement and so on, when there was no difference between being religious and being scientific,” says documentary director David Conover. “They were very much drawing on the same thing. … That ability to be amazed.”

I was reminded how core that sense of amazement is to both science and faith while watching Conover’s latest doc, Behold the Earth. “Truly, I say to you, whoever does not receive the kingdom of God like a child shall not enter it,” Jesus tells us in Mark. We are to approach faith not only with innocence, but I think a sense of wonder. And in the film, environmental scientist Cal DeWitt reminds us that that’s a characteristic of good scientists, too. To look at the world in wonder and ask it questions. “Scientists try to remain children their whole lives,” he says.

Conover’s film, available now on iTunes, tackles environmental issues from a Christian perspective. Conover and his subjects make the case that being concerned about pollution and climate change isn’t just a progressive issue: It’s a faith issue, too. The Bible is filled with allusions to nature and exhortations for us, as its stewards, to care for it more.

I interviewed Conover about his movie, and we had a fascinating conversation. Check out some of it (edited a bit for clarity and space) below.

Paul Asay: You actually don’t identify as Christian. You consider yourself more a secular humanist. So what drew you to make this movie?

David Conover: I spend a lot of time in places like Colorado—pretty special landscapes that have had a big impact on me for many, many years. [I get this] feeling that there’s something much larger than myself at play. But I could also see things change, and I [was] very aware of how we’re struggling with that change—with pollution, with severe weather, with flooding and fires. Droughts. Realities that were not that apparent even a generation ago. And it was in that context that I felt, very broadly, that we needed in this country a reset.

I think that that reset requires that we look really deep, and to look at our oldest and most enduring beliefs and words and music. I think the Bible is a huge piece of that for Western civilization. And I think that it’s just important to re-read it. And as I – and to look at others who are re-reading it. … I thought, who’s doing this work within Christianity? I do feel that our reset, to be better stewards, can really benefit from those threads within Christianity that have shown great appreciation for creation and having talked with [many faithful scientists and Christian environmental activists] I really see that those people are there.

Even though raised as a Congregationalist in new England and having kind of strayed from that—I don’t consider myself formally religious now—I really do have a huge amount of respect and appreciation for that kind of deliberate, intentional, faithful way of living. 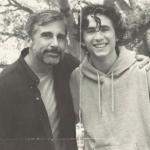 October 25, 2018
The Terrible Truth of Beautiful Boy
Next Post 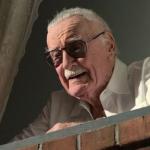 November 12, 2018 What Society (and Christianity) Can Learn From Stan Lee
Recent Comments
0 | Leave a Comment
Browse Our Archives
Follow Us!