Jesus Returns … to the History Channel

The History Channel is no stranger to biblical programming. Six years ago, the network aired The Bible, which became an unexpected ratings sensation. Now it’s returning to the Good Book with an eight-part series called Jesus: His Life. It’ll run for four weeks beginning March 25. Here’s the trailer, which was released today.

Now, if you’re anything like me, you might be thinking to yourself, “What? Another show about Jesus? The book was better, anyway.” But this show does have an interesting wrinkle to it: Jesus’ story is told from the perspective of eight pretty interesting folks in his life, from mother Mary to Judas Iscariot.

See, most of us today get a fairly unified picture of Jesus from the four Gospels (though John, admittedly, contains lots of interesting wrinkles). His character is further smoothed by centuries and centuries of sermons and Sunday School lessons. But contemporaries of Jesus had lots of different thoughts about the guy, and not all were all that convinced he was, y’know, THE guy. High priest Caiaphas will have different thoughts than John the Baptist, who in turn will see Jesus differently than Pontius Pilate. And maybe all those varied opinions doled out by the History Channel may help viewers define and augment their own views of Jesus a bit more.

It reminds me a little of what G.K. Chesterton wrote in his book Orthodoxy:

Suppose we heard an unknown man spoken of by many men. Suppose we were puzzled to hear that some men said he was too tall and some too short; some objected to his fatness, some lamented his leanness; some thought him too dark, and some too fair. One explanation (as has been already admitted) would be that he might be an odd shape. But there is another explanation. He might be the right shape. Outrageously tall men might feel him to be short. Very short men might feel him to be tall. Old bucks who are growing stout might consider him insufficiently filled out; old beaux who were growing thin might feel that he expanded beyond the narrow lines of elegance. Perhaps Swedes (who have pale hair like tow) called him a dark man, while negroes considered him distinctly blonde. Perhaps (in short) this extraordinary thing is really the ordinary thing; at least the normal thing, the centre. Perhaps, after all, it is Christianity that is sane and all its critics that are mad — in various ways.

Again, Jesus: His Life will begin airing March 25 on The History Channel. 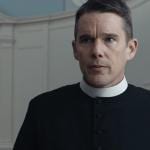 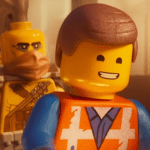 February 7, 2019 Finding Light in Darkness … and In LEGO Movie 2
Recent Comments
0 | Leave a Comment
"Thanks, BrowserPhil ... so embarrassing. Aravis was from The Horse and His Boy, right?"
Paul Asay Narnia Comes to ‘The Falcon and ..."
"Please replace Aravis with Jadis. :-)"
BrowserPhil Narnia Comes to ‘The Falcon and ..."
"I know that the first film on this list not explicitly about Christian faith, Denis ..."
Robert Charles The 12 Best Non-Christian Christian Movies ..."
"The author, starts the article with a dismissive/arrogant affirmation unto all that are worthy to ..."
oscar deltoro ‘I’m Just Fascinated by It.’ Morgan ..."
Browse Our Archives
get the latest updates from
Watching God
and the Patheos
Entertainment
Channel
POPULAR AT PATHEOS Entertainment
1