Is Black Adam a good guy or a bad guy?

The answer? Yes. And while that both/and answer manifests itself in a less-than-perfect movie, it comes with an interesting spiritual wrinkle.

In the movie, Black Adam (played by perennial good guy Dwayne Johnson) hails from the ancient (and fictional) civilization of Kahndaq, which had its heyday around 5,000 years ago. He was known as Teth-Adam back then. And like the hero we know of as Shaza, he drew his powers from the mysterious Council of Wizards. By speaking the word “Shazam,” Teth-Adam was able to snag the abilities of six ancient gods and heroes and use them as his own.

But alas, Teth-Adam wasn’t exactly the best person to hold all those powers. Oh, sure, he took care of that ancient era’s dastardly evildoer. But he also destroyed a good chunk of Kahndaq while he was at it. So the wizards chucked him in prison, where he stayed for several millennia before archaeologist Adrianna Tomaz let him out.

Teth-Adam’s barely out of jail for five seconds before he starts killing people. Again, they’re bad people, but still. He’s not exactly a picture of restraint. His sudden appearance draws the interest of the Justice Society: The team (made up of Hawkman, Cyclone, Atom Smasher and Doctor Fate) flies on over to try and get Teth-Adam back in jail or something.

Two problems with that plan, though: First, Black Adam is seriously powerful—perhaps more powerful than the combined efforts of the Justice Society. Second, there’s another evildoer at work. And that evildoer is hoping to claim something called the Crown of Sabbaq, which invests its wearer with the power of six very strong demons.

Obviously, with all these gods and demons in the mix, Black Adam has plenty of spiritual stuff to muddle through from the get-go. But a lot of that is pretty superficial (which fits this rather superficial muddle of a movie). You can read more about that spirituality, and what I thought of the movie itself, here. But in this space, I wanted to move in a slightly different direction.

No Walk in the Garden (of Eden)

The original DC comics character was unquestionably a bad dude. Created in 1945, he faced off against Captain Marvel (later renamed Shazam to avoid conflict with a certain Marvel superhero) and his extended family many time.

But why the name Black Adam?

Johnson talked about the name with Vanity Fair, telling the publication that “The Black in Black Adam refers to his soul.”

But for me, the Adam part of the name is pretty significant, too.

The name “Adam” is associated with two things in biblical Hebrew: The earth (as in the literal ground we walk on, called Adamah in Hebrew) and Man. The word “adam” is used to refer to humankind in the first chapter of Genesis, for instance, then switches to the individual man “Adam” in chapter two. And that link between earth and man seems fitting, given that God created Adam “of dust from the ground and breathed into his nostrils the breath of life” (Genesis 2:7).

But we know that that first Adam also went awry. He was tempted, ate a bit of fruit that he shouldn’t have. He rebelled. Thus God’s creation fell, and things have never been right since then.

Paul spent a lot of time talking about Adam, especially when he wrote the first letter to the Corinthians. He trotted out this first man and compared him to Jesus, whom Paul called the “last Adam.” And he especially emphasized Adam’s earthy beginnings, again contrasting them with Jesus’ spiritual underpinnings. From 1 Corinthians 15, verses 42 through 49:

Adam, the original, was given a chance to live a full, glorious, eternal life if he just used God’s gifts wisely; if he followed God’s design. Instead, he was twisted by sin, and thus we were all twisted. It took a Second Adam to give us a chance to straighten back out again.

Black Adam also was “the first Adam” in the DC universe (though, in the movie, that is itself a little misleading), predating the guy who we know as Shazam by thousands of years. He, like the biblical Adam, was entrusted with power and glory. He, like the original Adam, was also given freedom to choose how to use that power.

And Teth-Adam chose pretty poorly. He, too, was pulled by temptation—not forbidden knowledge (as were the Bible’s original couple), but rage and vengeance. And while we can understand in the movie’s context why Teth-Adam would’ve been so bent on revenge, that’s sort of the way of sin, isn’t it? We’re called to curb our own desires to follow a higher path.

That’s something that, in the movie, Hawkman brings up again and again.

Teth-Adam tells us that he “kneels before no one.” That’s pretty significant. Christians believe we must kneel. We must submit. Our whole journey is predicated on sublimating our own whims and desires to those of God Himself. He, not we, is master. But Black Adam recognizes no master but himself. That, of course, is the definition of spiritual rebellion.

Black Adam is a bad guy. But he’s also a good guy, too. At times, he understands he shouldn’t have ever been given this power. He understands that he’s no hero. Not really. He’s told that his choices are what make him: He can choose to go a better direction, if he wanted to.

It’s a nice little echo of the theme of 2019’s Shazam!. The title character, like Teth-Adam, is tempted. But Shazam finds a higher calling. Black Adam? He’s a sinner, like Shazam, and like all of us. But unlike Shazam, he’s unwilling to let go of his own way, to become a real hero. Sometimes he makes the right choice, but it’s more based on what he wants to do. He’s unwilling to kneel. To follow that higher calling.

September 25, 2022
The Media Doesn't Understand Religion. And That’s Bad for All of Us
Next Post 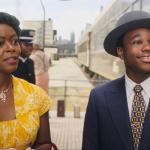