Who are These Three Women?

Who are These Three Women? October 7, 2013 Margaret Blair Young 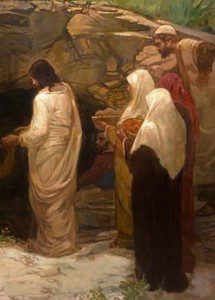 Who are the three women in J. Kirk Richards’s painting of the lepers? They do not appear in early drafts of the painting, but clearly balance the men on the other side of the cave in the final draft.

The brilliant Maxine Hanks sees them as the three Marys–those three who are mentioned in John 19:25 as being present at the crucifixion (and in some modern readings, also present at the resurrection): “Now there stood by the cross of Jesus His mother, and His mother’s sister, Mary the wife of Clopas, and Mary Magdalene.” In many interpretations, they are seen as faith, hope, and charity, such as this in a Catholic meditation: “The three Marys, dear Brothers, stand for the all-encompassing human attitude in the face of God. The total act of faith comprehends the whole of the divine love-cycle: the love of the Father, the Son and the Spirit. It also comprehends faith, hope and charity: the faith in Incarnation, the hope against hope in the midst of a sea of Passion, and the communion of charity with the Resurrected.” Maxine says this of Kirk’s particular work: “It evokes the 3 women/disciples who went to Jesus’ tomb to anoint his body. Notice one in red clothing denoting the Magdalene. The parallel is lovely.”

Kirk himself says this: “The women behind Christ represent women in general: often the first and best to respond to need. I usually try to resist hasty generalizations, but many of my recent compositions have included a small cluster of women right behind Jesus, ready with items of temporal relief. The painting in question is not of a specific scriptural account, and so perhaps it should be read more broadly rather than specifically. They are women. Not specific women, but general women.”

I find it fascinating that Kirk’s recent work includes several women behind Christ.

As for me, I see myself in many paintings of the Woman at the Well. And I see myself as the mother in The Daughter of Jairus (Bloch).

The artist offers work which impacts the viewer/reader/listener in personal ways, and rarely according to one interpretation.

How do you view the three women?

October 8, 2013 Dad at the Graves
Recent Comments
0 | Leave a Comment
Browse Our Archives
get the latest from
The Welcome Table
Sign up for our newsletter
Related posts from The Welcome Table 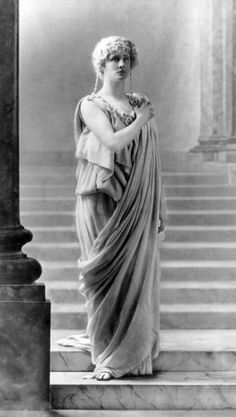 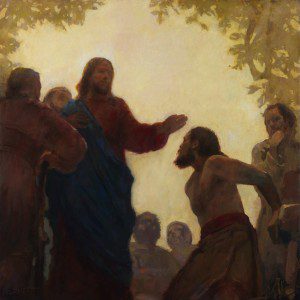 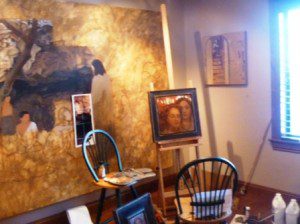