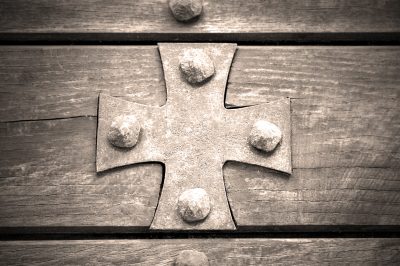 The potted definition of Post-Christianity that Wikipedia offers, summarizes as well as any, a term that is frequently used to describe the challenge that the contemporary church faces:

“the loss of the primacy of the Christian worldview in political affairs, especially in the Global North where Christianity had previously flourished, in favor of alternative worldviews such as secular nationalism.[2] It includes personal world views, ideologies, religious movements or societies that are no longer rooted in the language and assumptions of Christianity, at least explicitly, although they had previously been in an environment of ubiquitous Christianity (i.e. Christendom).”

From an historical or a cultural point of view the term, “post-Christian” may have some, very limited utility. But from a theological point of view and from the vantage point of the church’s self-understanding, I’m not so sure.

One: The term, post-Christian, misrepresents what is happening globally in the church. The definition adds the qualifier, “especially in the Global North,” privileging what happens in the northern hemisphere and framing the whole of the Christian experience in terms of its western evolution. Missing is any understanding of the church that is larger than its western trajectory, in spite of the fact that the most important developments in the church are now, more than ever, developments in the global south.

Two: More profoundly problematic is the definition of the church itself as a western phenomenon. The church shaped the culture of the Global North but it is not a product of it. It did not originate in the west. Its mother faith was Semitic and the cultural context in which it originally flourished was shaped by categories prevalent in the Ancient Near East.

Three: The term also mistakenly assumes that the values of secularism are completely distinguishable from those of the Judeo-Christian tradition. That is, quite simply, impossible. The value attached to the life of the individual, for example, in the so-called western secularist tradition is directly traceable to values that have their roots in both Judaism and Christianity. For a lengthier discussion of this topic, see Marcello Para, Why We Should Call Ourselves Christians, who is a self-described liberal secularist.

Four: The term, post-Christian is not just conceptually problematic, however. Practically speaking, the term is also misleading the church’s leaders.

The geography of the Christian faith should never be measured by its cultural and social influence. As important as that influence has been in changing and improving the world around us, the work of the Kingdom is not exhausted by the social change that we are able to effect and the work of the Kingdom cannot be completed by us. Its work begins in the change that transforms individual lives and it ends in a fullness that only God can guarantee.

The church’s challenge, then, in each and every generation is to witness faithfully to the transforming work of God, which is not measured in social influence, but in the courage and testimony of Christ’s church.

It is no surprise, then, that in some of history’s darkest moments, the work of God has shown most brightly: In William Wilberforce’s witness, when he opposed the slave trade and was outnumbered in Parliament for most of twenty five years. In the life of Dietrich Bonhoeffer, who returned to Germany at the outset of World War II, abandoning the safety of New York City. In Martin Luther King’s resolve to stand against prejudice and discrimination at peril to his own life. Arguably, the church has been at its best when it has been clearly in the minority and at the margins.

Combine those shortcomings with the inaccuracy of the term itself and perhaps it’s time to stop talking about the post-Christian world and begin talking about what it means to be the church.

image by lkpro, used with permission from freedigitalphotos.net

Congratulations, President Trump: You Got Your...
Freelance Christianity
Related posts from What God Wants for Your Life