Spirituality and Leadership in the Shadow of Chaos 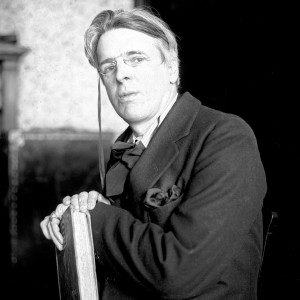 It is hard to remember how much idealism was thread through celebrations of the new millennium when you look back on it now. The palpable sense of tension, anxiety, conflict, and – in a word – chaos, seems to be thread through the global psyche.

A recent Wall Street Journal article notes that W. B. Yeatts’s poem, “The Second Coming,” has been revisited with ever greater frequency as journalists quote line after line from its apocalyptic vision:

“And what rough beast, its hour come round at last, / Slouches towards Bethlehem to be born?”

“mere anarchy is loosed upon the world”

“The ceremony of innocence is drowned”

“The best lack all conviction”

The spirit of our own age can be traced to a complex mix of bad news and there are, no doubt, other items that could be added to the list: terrorism, natural disaster, armed conflict, a tepid economy, unemployment, violence in our cities, massive migration, and leaders that none of us really believe possess the gravitas to lead. But whatever the cause (or causes), the current climate is drawn to the language of world-ending chaos that Yeatts used in 1919.

What the article in The Wall Street Journal doesn’t note is that Yeatts’s poem and the philosophy of history that it presupposes could not be more different from the spirituality of the book of Revelation, from which the imagery in the poem appears to take its cues. Over-simplifying a bit, Yeatts held to the notion that history follows trajectories shaped by competing forces. As such, every hint of world-ending chaos was attended by the unknown and potential emergence of a new trajectory. By contrast (and contrary to a number of popular misreadings of it) the Book of Revelation argues that history is played out in the presence of God, whatever may happen. It is not about the end of things, but about the nature of the human experience as something lived out in God’s presence, come what may.

The perspective advanced by Yeatts (and the one that is all-too-prevalent today) invites fatalism and fear, a spirituality defined by impotence. In some ways the Yeatts-narrative fuels world-ending chaos by diminishing the will to act. Convinced that our time on earth is pivotal and (at the same time) uniquely troubled, those who are entrapped by the fatalism of his vision either parrot old solutions, having been robbed of any creative vision for the future, or lapse into nihilism, arguing that the “whole system” (whatever that might be) should be razed to the ground. Yeatts’s “rough beast” doesn’t need to materialize. All it needs to do is paralyze the imagination.

Rightly understood, the Book of Revelation commends a very different spirituality. Like the author of Mark 13, John the Elder doesn’t know when or how history will find its resting place, but he does know that history is lived out in the presence of God. That conviction drives a very different kind of spirituality. The person who sees life in the terms defined by John believes that every chapter of human history is open and accountable to God in the same way. Responsibility and creativity are part and parcel of human existence, and no one can afford the luxury of self-importance.

Leaders may not name the alternatives in that fashion. They may miss the fact that they have a choice at all, if they are mired in one form or another of Yeatts’s understanding of their time and place in history. But they will make the choice, as do leaders of every kind in every place.

Our times are not uniquely troubled, but they do require spiritual awareness and a capacity for self-examination.

August 8, 2016
Part-Time Ministry and "The Myth of the Empty Church"
Next Post

September 1, 2016 5 Reasons Spirituality is No Longer Important to the American Church
Recent Comments
0 | Leave a Comment
Browse Our Archives
get the latest from
What God Wants for Your Life
Sign up for our newsletter
POPULAR AT PATHEOS Progressive Christian
1

Andy Stanley and Charles Stanley -...
Paperback Theology
Related posts from What God Wants for Your Life