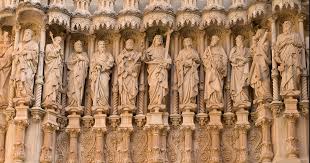 Last week I wrote about the importance of rigor in a seminary education. Predictably, someone finally noted that the disciples of Jesus didn’t have educations, so modern pastors don’t need one either.

I’ve heard this argument repeatedly over the years and the defense often offered for it is the observation that there are pastors of mega-churches without a seminary education who have built mammoth non-denominational churches, while seminary-trained mainline Protestants often preside over struggling congregations.

One problem with this line of reasoning is that it ignores the fact that there are countless other factors that may explain the size of some of those congregations. Personal charisma and a message that plays to our cultural appetites, for example, can build large communities.

That said, I do not believe that such thin manipulation lies behind every mega-church or even most of them. To be sure, among mega-church pastors, there are few pastors without seminary education of any kind (Joel Osteen is an example) and, admittedly, some others hide their training and even their theological commitments.

But – and here is a second problem with this line of argumentation — in my experience, a study of non-denominational websites reveals that most of the clergy behind large non-denoms are well educated and have fairly precise theological commitments. And, truth be told, many of them are successful, precisely because they are well educated and acute critics of the culture around them. I am not always (or even often) sympathetic with their theology or with the kind of church that they build, but they are hardly uneducated and their numerical successes are hardly the product raw, unformed inspiration.

Three: The challenges faced by mainline clergy are also not necessarily a function of education, but the wrong kind of education. To say (as I have elsewhere) that a seminary education is an important part of preparation for contemporary clergy is not to say that all seminaries do a good job of preparing clergy. One might argue, in fact, that one of the dynamics that bedevils mainline congregations is the tendency to indoctrinate clergy in a theology that, in the final analysis, is marked by a fundamental agnosticism that cannot offer society a persuasive reason for attending church.

So, there are three of the problems with the contention that “the first twelve disciples weren’t educated and you don’t need to be either” argument.

But there are other problems with this line of reasoning, as well, each of which arises from misleading assumptions behind the argument:

One: That the life of the church should mimic its origins. The church went through rapid change from the get-go, moving from sect within a sect, to a sect in its own right, to institution (Thank you, Norman Perrin). So, appealing to the “primitive church” is and always has been, at best, a problematic argument.

Two: That the vibrancy of the church depends upon a single model for ministry. That simply is not the case. The church’s rapid and universal reach has always depended upon innovations in ministry (take, for example, Paul’s ministry to Gentiles as a case in point.

And three: The assumption that what was adequate in one era is adequate in another. There were people who were once considered physicians who used leeches and bleedings to treat illnesses. That’s no argument for a modern physician without a medical degree and it’s no argument for clergy without training in the modern world. And a church that believes that God is actively involved in our lives and in history cannot retreat into some idyllic moment as a guide to its engagement with the needs of the world.

But for those who prepare to provide full-time, dedicated leadership, the requirements are and should be different.

December 29, 2017
4 Reasons Seminary Shouldn’t Be Hard, It Should Be Harder
Next Post

January 11, 2018 Pray for Your Death
Recent Comments
0 | Leave a Comment
"So many religions excel at making the parishioners feel guilty about everything. Is it any ..."
Judgeforyourself37 Sin and guilt have made a ..."
"Well put!"
Frederick William Schmidt The Gospel and the Passion for ..."
"Problem today is there is two sides to every issue; both sides see the other ..."
gman1946 The Gospel and the Passion for ..."
"Getting Christians to see how their methods may be compromising our message is fraught with ..."
John America’s New Religion and the Scandal ..."
Browse Our Archives
get the latest from
What God Wants for Your Life
Sign up for our newsletter
POPULAR AT PATHEOS Progressive Christian
1

A 'biblically based process to mitigate...
slacktivist
Related posts from What God Wants for Your Life

Progressive Christian
Chaplains and Parish Clergy: Covid-19 has Just Declared...
What God Wants for Your Life