Politics and the Pulpit 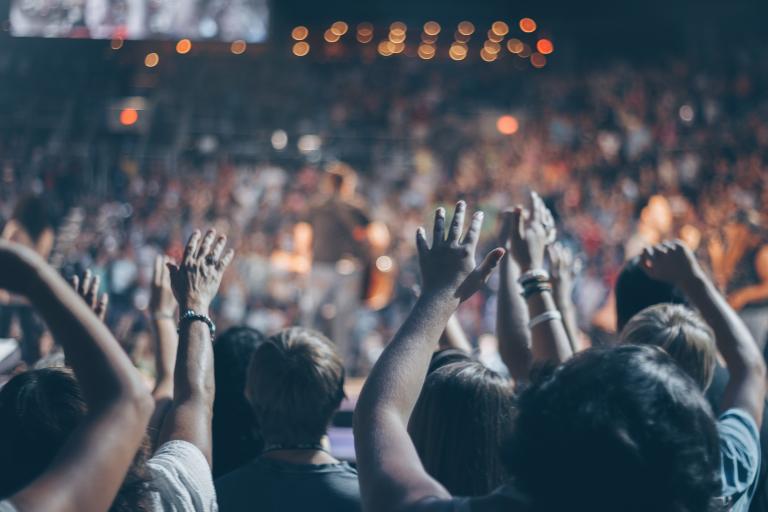 In a recent article touching on the issue of immigration, John Pavlovitz told people, “If your church is silent right now – you should leave it.”  The article attracted my attention, in part because some months ago, the parish that I attend invited The Reverend Samira Page, founder of a ministry to immigrants in North Texas called Gateway of Grace to talk about the challenges of ministering to immigrants in an effective, hands-on, face-to-face fashion.  Mother Samira is a dear friend and is herself an immigrant to the United States from Iran.  Her ministry, which is now the largest of its kind in North Texas has been a labor of love, which she began without any support.

The article also attracted my attention because I found myself engaged in a fruitful conversation with a friend who feels that Pavlovitz is right and wondered why I don’t believe that it is necessarily productive to address issues of this kind from the pulpit.  My friend pointed out that he believes that personal holiness is important, but that the current political climate calls for churches to take a stand on issues like immigration.

For priests, pastors and ministers or for theological educators, like myself who find themselves thinking about these issues, such conversations naturally touch on a larger issue: Is the pulpit the appropriate place to broach largely political questions and stake out a position?  With an eye to that question, but with specific attention to the issue of immigration, here are the four thoughts that I shared with my friend, edited and expanded a bit for this article:

One: I share your concern about the current state of affairs nationally, though I am troubled by much more than the current incumbent of the White House.  I think that the presidency has become too powerful. Congress is derelict in its duties and has been for decades.  We are operating informally as a parliamentary democracy, when — in fact — we are not.  And, because politicians now specialize in getting elected and re-elected, there is no will or desire to deal with the issues that face us as a nation.

As a result, public discourse is often poisonous and completely unproductive.  There is also more money to be made on all sides by prolonging our problems, rather than addressing them, so for extremists on both ends of the political spectrum, the character of public dialogue suits their purposes.  The current political climate is a symptom of these and other maladies, not their cause and they sadly — absent a hard-stop on the larger trends — they will remain in place long after the current political celebrities leave office.

Two: None of the problems that we face are as simple as speaking out against a specific politician and, given the dynamics I outlined above, no one is offering workable advice on the issue of immigration.  So, to address any of the issues that we face, it isn’t enough to say “no” to certain behaviors, a really effective answer from the vantage point of public policy is required and that involves details.  So, while President’s tendency to play on people’s fears around immigration is perverse, likewise, the democratic-progressive position on open boarders, sanctuary cities and free healthcare for illegal aliens is equally bankrupt from the vantage point of public policy.

Here the dynamics I described above can be felt: No Congress, Democratic or Republican has had the courage to fix our immigration system.  Yet, what is really needed is a multi-prong solution: (1) We need to create a pathway to citizenship for people who are already here illegally, because they are here that way, in part, thanks to our own perverse use of the immigration issue as a tool of electoral politics.  (2) We need to clean up our process for naturalization, decide on immigration levels that we can actually manage in a safe and humane fashion, and that process needs to be appropriately funded and vetted.

Children are a case in point here.  The whole public debate over immigration overlooks a host of questions: Do we know that the children who are accompanied by adults are, in fact, accompanied by their parents?  (Many are not.)  How do we insure their safety while they are going through the immigration process?  How do we avoid exposing them to rape, violence and exploitation?  How do we process claims for refuge, when many of those claiming refuge are in no data base anywhere?  And what can we promise by way of support?  I think that most Americans favor immigrants and heaven knows that most of us are immigrants, but if we are going to continue to be a country that welcomes people, we also need to make decisions about how we manage our resources, so that we are here for centuries to come.

Three: This brings me to the practical and pastoral problems associated with addressing such issues from any pulpit: To outline any issue, as I have done above, requires far more than 12 to 18 minutes.  To do so would take any preacher well beyond the exegetical and theological issues in a biblical text.  And to do so, with rigor and attention to detail would mean that in a world where people are already largely unformed in their faith, the issues of public policy would supplant the scant attention already given to Christian formation.

Doing this kind of work from the pulpit also presents real problems for the claims that a preacher can make on her or his congregation’s attention (which is meant to be focused on formation in prayerful meditation on Scripture).  I grew up planning to go to law school and eventually go into politics.  I spent considerable time in high school and university on issues in political science, and I still spend considerable time reading in public policy, politics, and political history.  All that said, in order to address complex issues in public policy, I would feel bound to read much more broadly and deeply and to spend much more time preparing a lecture.  And it would need to be a lecture, not a sermon, in order to effectively address any of the current issues we face.

Even then, the people in the pews would have every right to ask me — given my theological education and ordination vows — on what grounds I thought I was entitled or prepared to use the sparse time that we devote to worship in Word and Sacrament to my personal political views.  More problematic, yet, would be the implicit, if not explicit message that, because I was using the pulpit to promote those views, that I was also equating them with the demands of the Gospel and — by definition — drawing the views of others into question on the same basis.

Four: There is, finally, a larger set of theological issues at stake: I do not believe that the locus of God’s redemptive work in the world lies in any nation’s government, let alone our own.  I believe that the church is both the redemptive destiny of those who are baptized into the body of Christ and that the church is also the tool of God’s redemptive work in the world.  So, if there is any place where Kingdom values should reign in our care for the stranger, it is the church.

To be sure, if the church becomes the vital engine of that transformation, then it will change the world around us, and it will change the way that people behave and vote, but that should be the fruit of a church where the Kingdom is increasingly present.  This is part of the reason why I believe that what happens in the pulpit is not just about personal holiness, but is about a new way of living — communally, as much as individually.

Worship in Word and Sacrament is about more than personal holiness.  Those prayers are about change and transformation: A journey inward that issues in a journey outward and a journey outward that impels us look inward again – each turn yielding a community that is more and more recognizably Christ in the world.  I continue to pray for the church, local and universal, to capture a vision of the transformative power that it is really meant to embody — arising not from its alignment with any political campaign — but out of a deep, abiding, and urgent grasp of Christ’s claim on our lives.

As long as the church is mesmerized by political power and largely untouched by its own message, that cannot happen.  So, yes, I continue to preach the Gospel and not my politics.

August 1, 2019 7 Ways to Get Clear about Vocation
Recent Comments
0 | Leave a Comment
"You are spot on, kronzypantz."
TheRevJim America’s New Religion and the Scandal ..."
"Salvation is about transformation in this life."But go and learn from this: [God] wants mercy--not ..."
james warren On Being the Church: “Living Out ..."
"Thank you for the kind words!"
Frederick William Schmidt On Being the Church: “Prepared for ..."
"The commentary encompasses so well the entire concept, as our path is made through Paul's ..."
Mary Kathryn Berry On Being the Church: “Prepared for ..."
Browse Our Archives
get the latest from
What God Wants for Your Life
Sign up for our newsletter
POPULAR AT PATHEOS Progressive Christian
1

'But if it takes effort to...
slacktivist
Related posts from What God Wants for Your Life