America has a Messiah Complex…but it isn’t what you think August 31, 2020 Frederick Schmidt 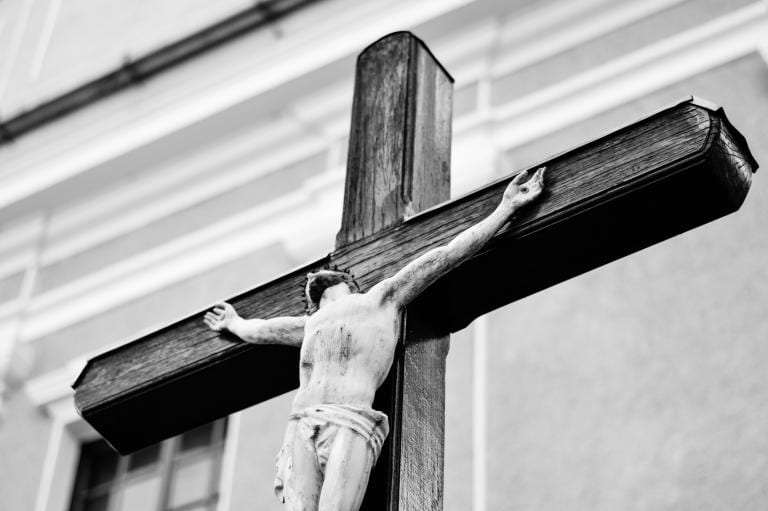 Jesus began to show his disciples that he must go to Jerusalem and undergo great suffering at the hands of the elders and chief priests and scribes, and be killed, and on the third day be raised. And Peter took him aside and began to rebuke him, saying, “God forbid it, Lord! This must never happen to you.” But he turned and said to Peter, “Get behind me, Satan! You are a stumbling block to me; for you are setting your mind not on divine things but on human things.”

I think we all look at Peter with hidden envy, disdain, and gratitude.  Sometimes, all at once.

He’s the kid in the class who gets out in front, flailing around with frantic answers to the teacher’s questions.  Sometimes – as in the passage we read last week – he gets it right.  “You are the Messiah, the chosen one.”  Peter goes to the front of the class and we find ourselves thinking, “Damn – uh, darn – I wish I had thought of that.”

Then in the middle of Jesus telling his disciples that the cross is going to be an inescapable necessity, Peter protests, “God forbid it Lord.  This must never happen to you.”  And we find ourselves thinking, “What a moron.”  I mean, how many ways did he get that one wrong?”

But before we are really through thinking both of those things, we are secretly relieved and grateful.  After all, Peter gets out there with what we were thinking, too, and he takes the hit.  So, we can just nod and roll our eyes.  Better to stick with the cool kids.  Or, as we used to say in school, better to be thought of as stupid, than to open one’s mouth and remove all doubt.

But the very fact that Peter prompts these reactions in us should also prompt us to pay attention.  Because Peter’s missteps are ours and that is probably why the stories of about him were remembered by the early church.

The value of reflecting on Peter’s response to Jesus is not immediately obvious.  In part, Peter insists that the cross isn’t necessary for reasons that are grounded in religious commitments and realities that have no obvious connection to our own.  Israel had been occupied by foreign powers or in exile for hundreds of years.  The solutions that Peter’s contemporaries included compromise with Rome, all out rebellion, retreat to the desert, and carving out a safe space for their own religious practices.  Like most people, Peter didn’t anticipate a deliverer who would pay so little attention to Rome, never mind one that might finally bear the brunt of Roman power.

There was also no precedent for a suffering Messiah.  The Messiah was a deliverer, a judge of the wicked, and the architect of a new future, but there was nothing in Jewish lore and reflection that had prepared them for a Messiah who would place himself in harm’s way.

So, over two thousand years later, these concerns can feel pretty foreign to us.  But, if we are honest, we have our own reasons to refuse the cross.  And although those reasons may not be grounded in the thought world of Peter’s day, they are not all that far removed from those of his day.  We have our own thoughts about how to get from here to a new future, and we have our ideas about what the perfect Savior looks like, and neither of them involves crosses or suffering.

If you doubt that’s the case, take some time to study the sermons you hear from one part of the church or the other.  Or just listen to the campaign speeches that we have heard over the last two weeks.  Set aside your political preferences and listen to the promises being made and the language that is used.  These speeches aren’t the stuff of public policy or dreary day-to-day management.  It isn’t language that admits we have a lot of hard work to do.  There is no admission that we have made mistakes or will make mistakes (unless it’s a matter of saying that the other guy made all of the mistakes).  There is no admission that, though there are things we should do, that whatever we do the sun will rise on a less than perfect, often frighteningly broken world.  Clearly, we have a new kind of “Messiah Complex.”  We don’t want the one that God has sent.

Far too often, then, what we are offering the world is Peter’s version of the Good News.  A Messiah who is (by our lights) relevant, rather than a revelation of God’s nature.  A personal coach or campaign worker, rather than God’s Christ.  A Kingdom that we can control.  Lives that we can curate.   Discipleship without sacrifice.  You see, we might not have Peter’s reasons for saying, “No, Jesus, God forbid,” but the fact of the matter is, we don’t want a suffering Messiah and the discipleship of the cross any more than Peter did.

And, yet, until we find a way to embrace what Jesus has to tell us, we won’t completely live into God’s calling.  The cross can change the lives of individuals and it can change the world, but it is a path through a broken, bleeding world, not a path out of it.  It is not a therapy regimen, a political program or an escape clause.

It will be a path that is grounded in God’s truth, that resists the need to be accepted or applauded. And it will be something that makes a claim on us.  We won’t be able to say, “I voted.”  “I think that the next President should do this or that.”  There are no body doubles in the life of discipleship.  No proxies.  No farming it out to “experts.”

There is just Jesus, us, and poor Peter – who said what we were thinking out loud.

Photo by Adrian Dascal on Unsplash

Will The Church Survive The Covid-19...
The Thoughtful Pastor
Related posts from What God Wants for Your Life

Progressive Christian
The Church after Covid-19: When getting back to...
What God Wants for Your Life 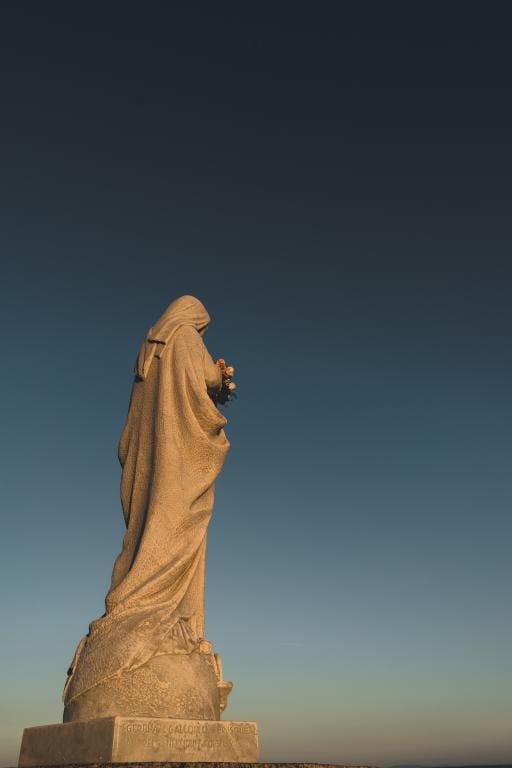