What She Read | A Peek into Our Library Bags, Kindles, and Minds
Get newsletters and updates
Close
get the latest from
What She Read
Sign up for our newsletter

Get updates from What She Read delivered straight to your inbox

Why Do We Steer Clear of Church Members With Mental Illness?

Why Do We Steer Clear of Church Members With Mental Illness? May 10, 2013 Anna Quinn

It’s easy to say, “I just don’t connect with her.”  Maybe it’s time to retire that excuse.

“I have OCD but I only clean things when I’m in the mood because I’m also bipolar” reads a “humorous” t-shirt that a friend posted on her Facebook page this morning. Funny, right? The comments ranged from “it’s really not funny to be making fun of having OCD or bipolar” to “I’m bipolar and having a good sense of humor has gotten me through a lot of life.”

Our responses to mental illness run the gamut, but unfortunately the easiest ones seem to be ridicule or avoidance. And certainly, “crazy” doesn’t come with a t-shirt. Or crutches. Or baldness. Or a sympathy-inducing oxygen tank. As Amy Simpson depicts in her new book “Troubled Minds,” most people with mental illness suffer in silence, disenfranchised from society and, to our shame, from the church. Although studies show that one in four people in the pew suffer from mental illness, the church is virtually silent on the matter.

Why, as Christians, do we not pursue the least of these? Simpson, who grew up in the church with a schizophrenic mother, argues that families fear the intense stigma of mental illness and shy away from openly sharing their problems, remaining on the fringe of the church. Others share their problems, but find that the people in the church do not know how to minister to them. Mental illness makes us very uncomfortable. Although many Christians believe that mental illness is as real and normal as physical illnesses, its existence threatens our notion of the “victorious Christian life.” People fear mental illness, and so they shy away from it.

Finally, ministering to the mentally ill is messy. It’s a long, long road. People with mental illness can improve, but they and their families need an incredible amount of support.  Often more than we want to give.

In my own church, I know of a handful of friends who suffer from various mental illnesses. I recently needed to facilitate a relationship with one of them and a fellow church member. I assumed that “Sarah’s” problems were openly known, but I was quickly cautioned that it would be a “huge, huge breach of confidence” to mention them. I was left telling the other church member that “Sarah” was really sensitive, not that she struggles continually with extreme depression. What a tremendous difference openness could make in this situation!

Simpson lists many ways that churches can minister more effectively to their mentally ill members. She tells stories of churches that have intentional ministries for the mentally ill (often bipolar support groups) and talks about the importance of connecting people within small groups. She calls the church to task for her failures, but asks us to rise to the occasion with the firm belief that we can.

So what can we do this week? If you’re like me, you usually steer clear because you’re afraid of becoming entangled. Mental illness is messy. Who needs a meal? Who needs to go out for coffee? Whose child needs a ride to soccer, or baseball, or ballet? Who looks lonely? Could there be more to their story? Should we ditch that “I just don’t connect with her” excuse?

Amy Simpson wrote a book to help reduce the suffering of families like hers and to help us minister to them.

Read it, and see how — through the church — you can be the hands and feet of Jesus to families coping with mental illness.

For more conversation on mental illness and the Church, visit the Patheos Book Club here.

August 28, 2012
Darkness Undone: Reflections on The Mushroom Man
Next Post

May 10, 2013
Recent Comments
0 | Leave a Comment
Browse Our Archives
get the latest from
Family
Sign up for our newsletter
POPULAR AT PATHEOS Family
1 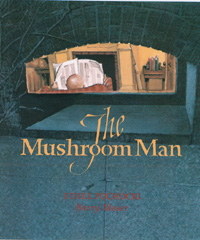 Family
Darkness Undone: Reflections on The Mushroom Man
What She Read

Family
Rick Riordan I Love You
What She Read 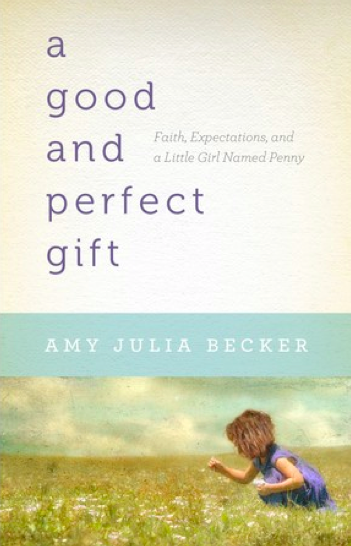 Family
Book Review: A Good and Perfect Gift
What She Read 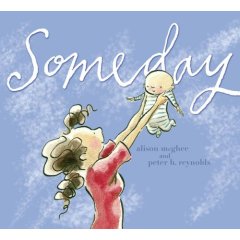 Family
Someday, a Book Review
What She Read
TRENDING AT PATHEOS Family