How To Lose Friends & Alienate People: My On-going Failing Efforts to Express the Truth of the Shikantaza Koan

How To Lose Friends & Alienate People: My On-going Failing Efforts to Express the Truth of the Shikantaza Koan August 15, 2014 Dosho Port 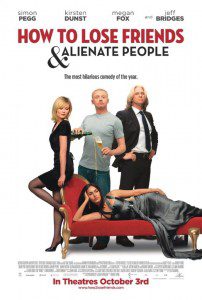 Myo’s critique runs along these lines (not necessarily in this order): First, Myo asserts that although Dogen had koan training and fluency, he rejected it in favor of pure Ts’ao-tung (J. Sōtō) lineage shikantaza. Second, Myo challenges the maturity of my own shikantaza (indirectly) and anyone who doesn’t see it in the orthodox way, saying, “Lacking thorough, mature experience of such practice, it will be diﬃcult to avoid misconstruing what Dōgen is saying.”

To pause the summary for a moment, just to be clear, dear reader and dear Myo, no offense taken. After all, I did rough up the quietistic just-sitting crowd with my “What is Earnest Vivid Sitting, How it’s Often Missed in American Zen, and Why it Matters.” So fair is fair and it is refreshing for Myo to just say what he thinks. Thank you, Myo, you’re right. I am still a half-baked potato.

Back to the summary…

Third, Myo reaffirms that “different is different” and sees koan introspection and shikantaza as if they were “across the aisle” from each other. And finally, Myo expresses what he views as shikantaza and asserts this is and has been the essential teaching of the Ts’ao-tung/Sōtō lineage, apparently going back to at least Dongshan.

Before I address these points, I’d like to first look at why this conversation is important – for it is more than a Zen-styled pissing match (I hope).

From Buddha through Dogen and all our spiritual benefactors who realized the way, the subtle point of awakening and practice has been front and center. The changes in how awakening and practice have been languaged are at least in part just that – different expressions for different people in different times. But keen clarity on what is awakening and what is practice is certainly a thread that runs through all the dharma traditions. Thus it is vital if we are to awaken, practice, and transmit the authentic dharma, that we pick up this issue with diligence.

In my own case, I picked it up thirty-seven years ago and have been engaged in the clarifying process through a mix of daily practice, sesshin, monastic practice, traveling to visit teachers, dharma teaching, studying the words of the ancestors (especially Dogen), and engaging in both shikantzaza and koan introspection.

My conclusion is radical and you’ll need to set aside your orthodox paradigm for a moment to hear it (should that be your filter) – the shikantaza-koan distinction is a red herring – it is misleading and distracting. Mature shikantaza practice is the actualization of the koan. Mature koan practice is shikantaza. They’re more intimate than “equivalents.” More on this in the “What is Earnest…” post mentioned above.

So I’m not saying one is better than the other. That’s not what I’ve found.

One point of confusion in this conversation is what koan introspection involves. I’m preparing a blog post on common misconceptions of koan introspection but for now just this – the wato/head word method isn’t what it’s made out to be in the sectarian literature, and in much of the scholarly literature, as well. The koan instructions say, “Instructions are insufficient by design.”

It is a discovery process.

Now let’s spend a little time with each of Myo’s points as I’ve restated them – fairly, I hope.

First point: Dogen believed that shikantaza and koan were not equivalent.

I’m not alone in studying Dogen and coming to the conclusion that the above is not the case. I turn to the Hee-Jin Kim:

“The popular view is that Dogen, while on the one hand advocated zazen in the tradition of silent-illumination Zen, also attempted to reinterpret it radically via the practice of single-minded sitting (shikan-taza). This view, however, is at best deficient and, at worst, obstructive to an accurate understanding of the spirit of Dogen’s Zen…. Dogen’s effort was not to destroy, but to restore, the koan to its rightful status… In brief, zazen was koan, koan was zazen.” ~Hee-Jin Kim, Flowers of Emptiness, pp.4-5 (thanks, Ted)

Second point: If you disagree, you don’t get it.

There are other possibilities.

Third point: Koan introspection and shikantaza were distinct practices for Dogen – and in terms of koan, he just didn’t go there.

Here’s Dogen commenting on the “Up a Tree” koan in “The Meaning of the Ancestor Coming from the West:”

“When we take up not thinking, or take up nonthinking, and think [about the case], we will naturally be making concentrated effort on the same cushion [ichi zafu] as old Hsiang-yen. And once we are sitting fixedly on the same cushion as old Hsiang-yen, we should go on to study the particulars of his case before he has opened his mouth. We should steal old Hsiang-yen’s eyes and look into [shoken] [the case] with them; nay, we should take out the treasury of the eye of the true dharma from the Buddha Sakyamuni Himself and look right through [shoha] [the case] with it.”

If you don’t see Dogen describing the awakening practice of entering a koan on a zafu, perhaps you haven’t seen it yet yourself. When one’s dharma eye is open (even blinking sleepily), the flowing shikantaza-koan is seen leaping through every sentence in Shobogenzo and through every breath of this one life.

Fourth point: Myo’s expression of shikantaza is in line with the Ts’ao-tung/Sōtō lineage for the last twelve hundred years.

First about the emphasis on lineage: imv, Dogen almost constantly emphasized that the important point was the buddhadharma – the awake truth – and not any particular branch of it, including “Zen,” let alone there being an “across the aisle” from the Ts’ao-tung/Sōtō lineage (see Bendowa). Dogen fluidly quotes masters of all of the Five Houses as excellent examples of sitting in the Buddha’s eyeball.

Here’s a Suzuki Roshi student and Zen scholar, Carl Bielefeldt on this point:

“In modern times the expression shikantaza has tended to operate as a technical term and to indicate the particular objectless meditation practice that is supposed to distinguish Soto from Rinzai; but there is almost nothing in Dogen’s own usage of the expression to support this. For him, it seems to denote little more than “seated meditation” (zazen). If it has a connotation of its own, it is only the now familiar claim that Zen practice and enlightenment can be reduced to “just sitting” in meditation. It does not follow from this claim-nor does Dogen use the term to mean that Zen meditation can somehow be reduced to a particular mental exercise called “just sitting.” In the end, then, the discrimination of Dogen’s meditation technique from that of Ta-hui (or of Tsung-tse) pretends to a knowledge of the psychological content-as opposed to the theological context-of his shikantaza that we simply do not have.”

In other words, last time I checked, brand loyalty, even to San Francisco Zen Center, is not one of the Seven Factors of Awakening. Katagiri Roshi, once a teacher at San Francisco Zen Center, emphasized the importance of finding the Zen of the Sixth Ancestor, beyond the distinctions of the Five Houses and of the Japanese Soto and Rinzai schools. In such a Zen, there are no aisles – we are all in the practicing enlightenment project together.

Finally, let’s take a look at what Myo writes about the practice of shikantaza:

“The practice in its totality consists in utilizing posture, be it sitting, standing, walking, or lying down, in such a way as to lend yogic support to the body-mind in alert, dispassionate observation of reality, that is, of things as they are, gently and compassionately releasing our karma-fueled tendencies to evaluate, seek after, eject, possess, grasp, triumphalize, ﬂee from, destroy, improve, disprove, have sex with, murder, etc. whatever may be arising in our phenomenal universe.”

Imv, this is out of tune with Dogen and all the Five Houses, as well as Japanese Soto and Rinzai. I don’t think any of them were into “yogic support.” This in itself sounds less like the Ts’ao-tung/Sōtō lineage and more like the syncretized Zen of Soto and Iyengar practiced in the altered state of California and probably not going back to 8th Century China. But maybe there is a specialized definition of “yogic” that is beyond me – and not the standard, “Hindu discipline aimed at training the consciousness for a state of perfect spiritual insight and tranquility.”

Finally, “gently and compassionately releasing our karma-fueled tendencies” sounds like a gradualist practice of purification and not an expression of the nondual, sudden practice of the big, nondenominational, everybody welcome, Buddha Heart School that “leaps through abundance and scarcity.”

Myo, if this is what you find support for in the Shobogenzo, I’m baffled as to where that might be.

The most important point is that we take up the dharma and practice with diligence – all the way through – not stopping at the stage of belief but continuing through the halfway realization, pressing on and on.

Buddhist
The Record of Empty Hall: a Selection, a...
Wild Fox Zen